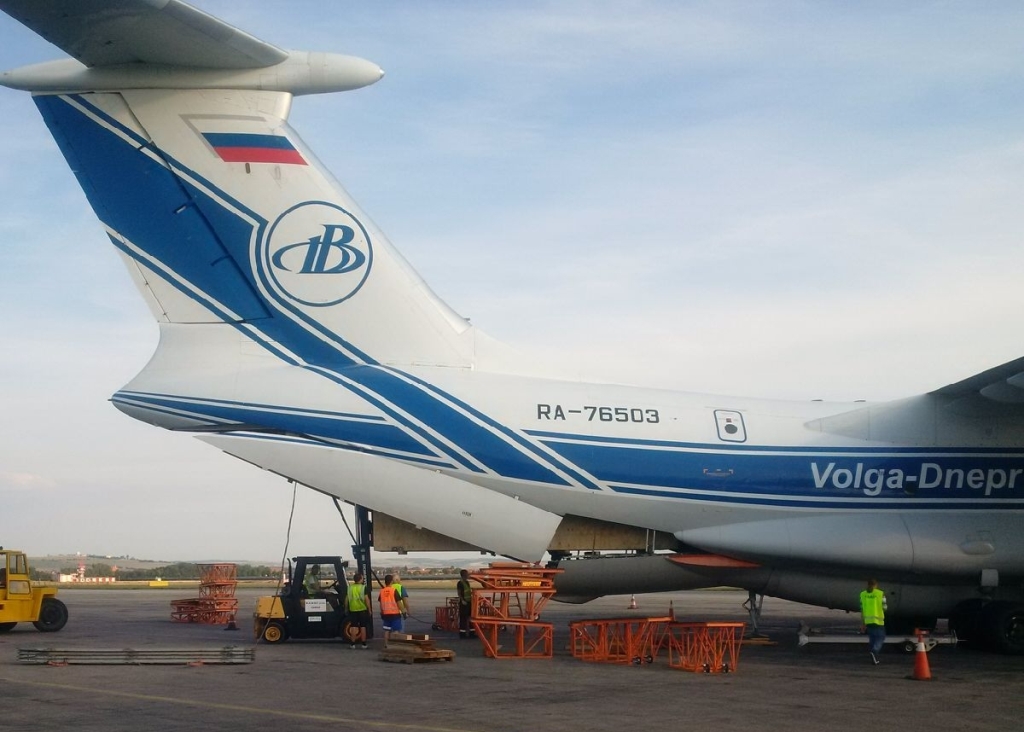 The air cargo industry’s drive to go green was given a new spin when Volga-Dnepr transported 28 cypress trees from the Czech Republic to the Uzbekistan capital of Tashkent.
The 7.5 metre trees were flown from Brno in the Czech Republic onboard one of Volga-Dnepr Airlines’ IL-76TD-90VD freighters on behalf of the Russian logistics company Haltec-Avia.
The trees were flown in from for a landscape reconstruction project in Tashkent as part of the city’s preparations to host the 2016 Shanghai Cooperation Organization (SCO) summit.
The trees were packed inside protective boxes that were too tall to be loaded using the aircraft’s onboard crane system so in order to avoid the costly rental of external cranes we brought our own special loading equipment from Leipzig to the Czech Republic. 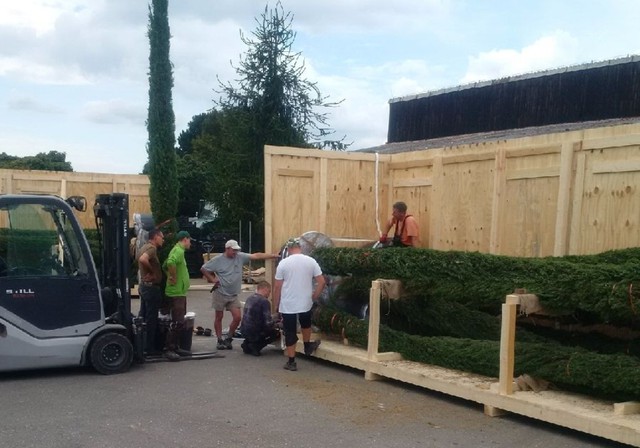 A tree being loaded into a protective container