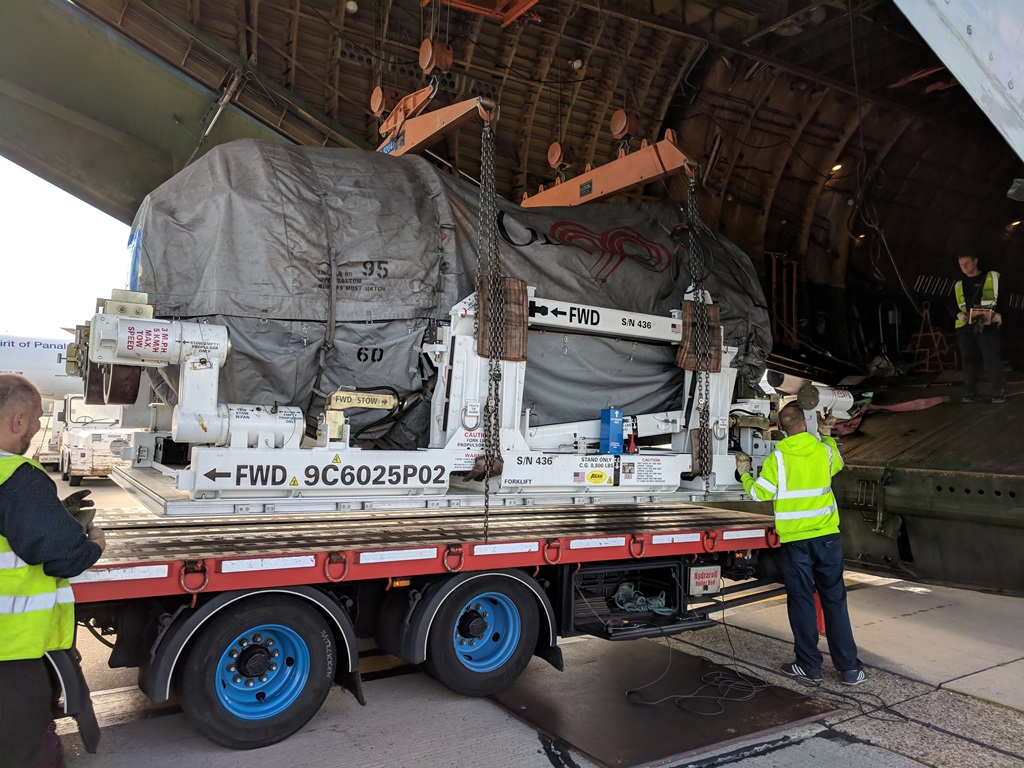 Volga-Dnepr Airlines has  transported two GE-90 aero engines and accompanying aerospace equipment for aviation firm GECAS.
The payload onboard Volga-Dnepr’s An-124-100 freighter flight from Dallas to London consisted of two GE-90 engines, as well as two propulsors and fan cases and other equipment weighing a total of 64 tons
The GE-90’s dimensions of 750x380x380 cm and weight of 12,000 kg in its transportation stand means it can only be transported using an An-124-100 aircraft.
All eight cargo positions, including engines, props, container and fan cases, were loaded using the An-124-100’s internal cranes through the rear door of the aircraft
In the first nine months of 2018, the airline has organised more than 130 deliveries of aerospace equipment onboard its unique fleet of 12 An124-100 and five Il-76TD-90VD freighters.
Read more freighter operator news
December’s Air Cargo News will have a outsize and project cargo feature.
Click here for a free digital subscription