Volga-Dnepr ‘racking’ its brains to deliver 30 Mercs to Luanda 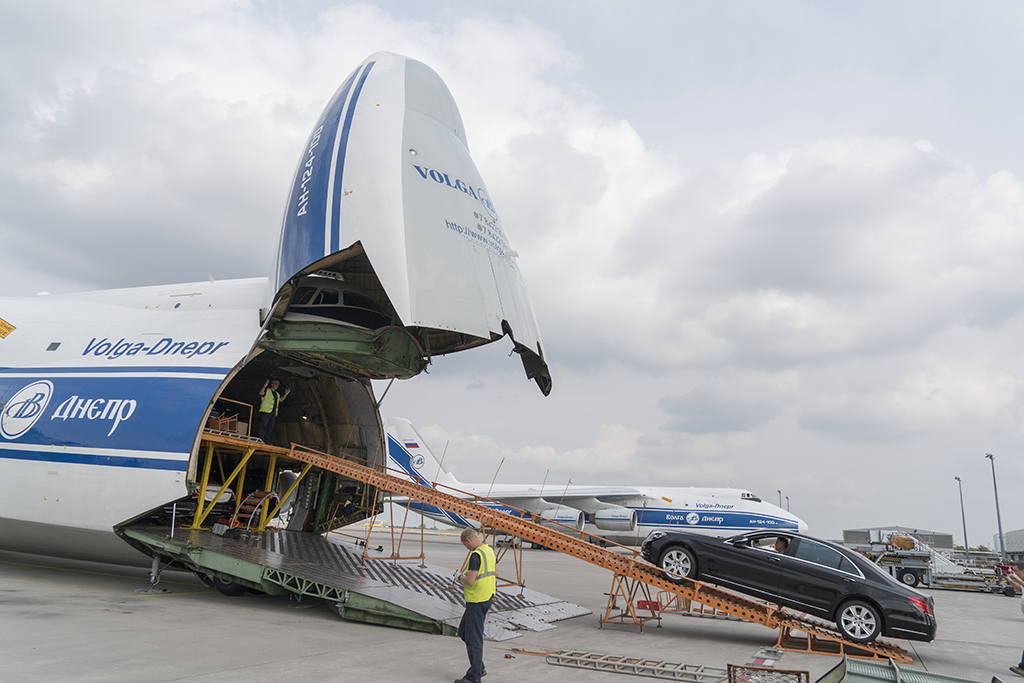 Volga-Dnepr used a two-tier car racking system for its An-124-100 freighter fleet to deliver 30 Mercedes Benz limousines to Angola for the inauguration of new president, Joao Lourenco.
The 90-tonne payload from Leipzig, on a single flight to Luanda, consisted of 25 luxury sedans (list price around £60,000) three police cars and two heavy armoured G-class vehicles, each with an estimated price tag of around £200,000.
Volga-Dnepr’s experts developed an optimal loading technique based on the size and specifications of the vehicles and also ensured the airline was able to meet the tight delivery deadline, in time for the inauguration.
Deputy head of Volga-Dnepr’s Load Planning Center, Alexander Prokofiev, explained: “Our local team managed the expeditious preparation of the aircraft, installation of the necessary tooling, and loading procedures to ensure the flight was ready to depart on schedule to support such an important event in Angola,”