Volga-Dnepr’s out of this world satellite flight 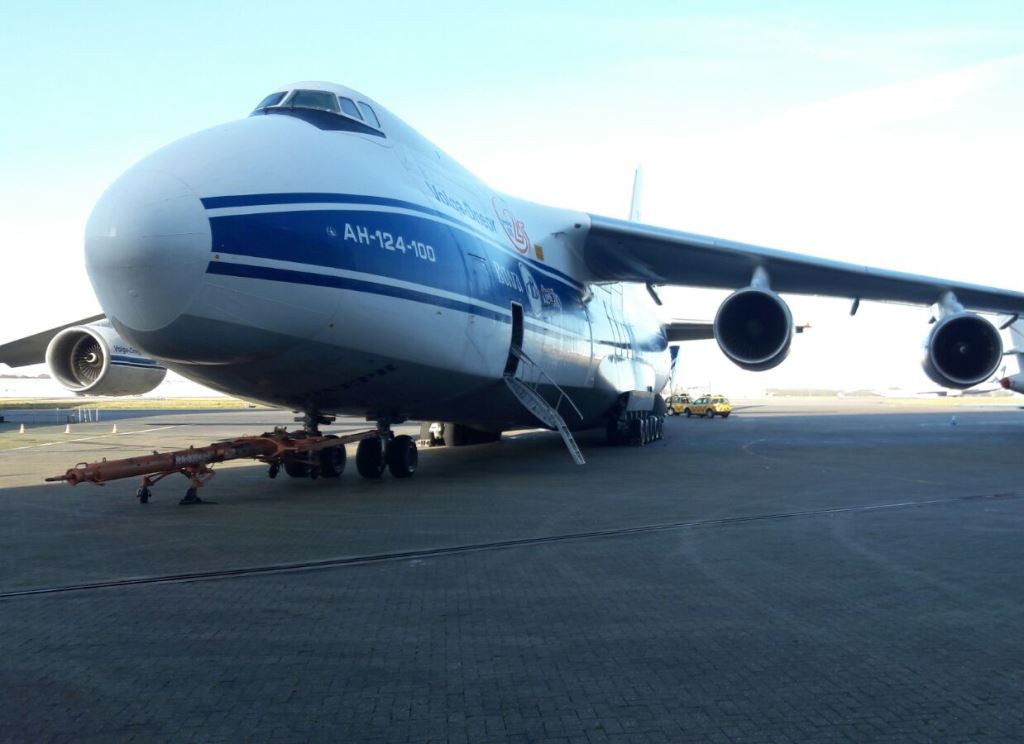 Volga-Dnepr Airlines was involved in an out of this world flight when it transported the European Space Agency’s (ESA) Sentinel-5P satellite, which will provide air quality and climate data for the entire planet after its launch next month.
The flight, carried out as part of long-term partnership between Airbus Defence and Space, saw the satellite transported in a special container along with support equipment in a An-124-100 freighter from London Stansted to Archangelsk in the northwest of Russia.
During the loading process, accomplished using the An-124-100’s internal crane, two nitrogen purge containers were used to keep the satellite container topped up with nitrogen.
The cargo was delivered to London Stansted Airport from the Airbus Defence and Space facility in Stevenage, where the satellite was put together and tested.
Following its arrival in Archangelsk, the satellite completed the final 250km of its journey by train to Russia’s Plesetsk spaceport.
The Sentinel-5P will now undergo further tests in Plesetsk over the coming weeks ahead of its scheduled launch on October 13.
Volga-Dnepr is no stranger to the transport of satellites – it has carried the equipment to launch sites around the world since 1990.
The company says that forward bookings for satellite flights for the remainder of 2017 and 2018 reflect a healthy outlook for this highly specialist market.
Already this year the airline has delivered satellites to the Cayenne launch site in French Guiana, Baikonur in Kazakhstan, Vandenberg in California, and Cape Canaveral in Florida.
Read more aerospace supply chain news