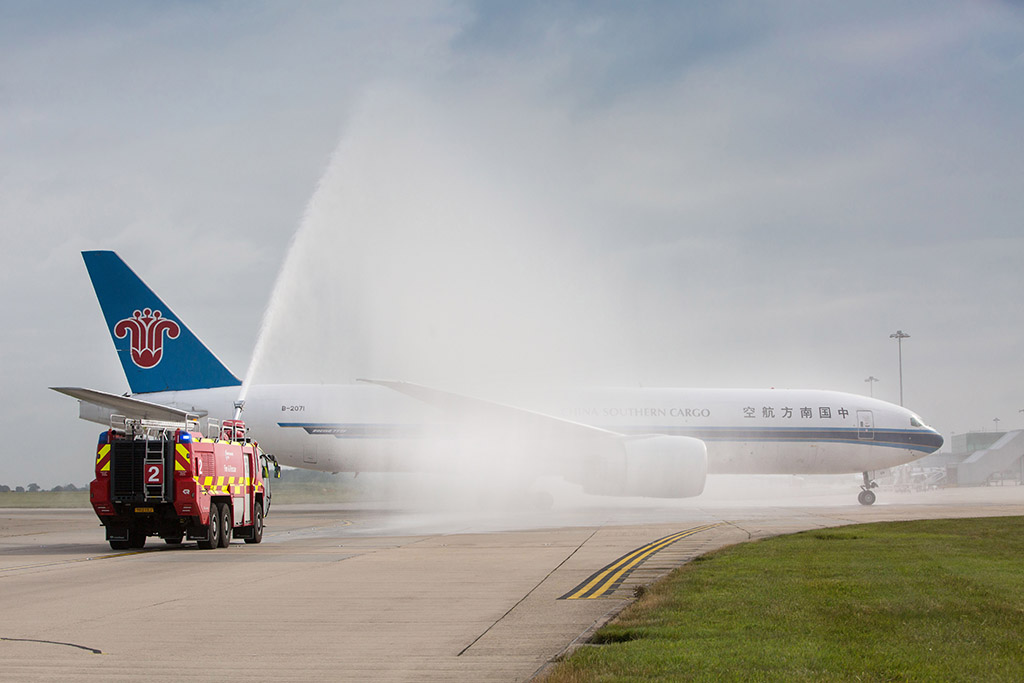 A China Southern Cargo B777-200F has touched down at Stansted Airport to launch the only direct freighter link between the UK and China.
The twice-weekly B777-200F service to the UK hub from Guangzhou, China’s third largest city, also calls at Frankfurt. The service will rise to three calls a week later this year.
The Stansted call comes as China Southern, the world’s largest passenger airline, launched a twice-weekly B777 freighter to Paris and Vienna, from Guangzhhou, which will become three times a week from July 1.
In a press statement, China Southern said: "London and Paris are new freighter destinations of China Southern.
"The number of freighter destinations of China Southern in Europe will be up to five including Amsterdam, Frankfurt, and Vienna.
"With this newly added freighter capacity, plus belly capacity on passenger flights, China Southern will be able to offer about 1,200 tons of cargo capacity from Guangzhou to Europe on a weekly basis."
It added: “Through these direct links, shipments such as health care products, milk powder, crab, salmon, mail, electronic instruments from UK, and luxuries, fresh oyster, red wine from France can be transported to China more conveniently and faster.
"Through an intensive flight network in Guangzhou, these products can be transshipped to Southeast Asia, Japan, Korea, North America and Australia as soon as possible."

The airline added that China exports a "huge amount" of mechanical and electrical products, furniture, toys and textiles to UK.
France was the third biggest destination for air cargo exports out of Guangzhou in 2014, with Germany and Netherlands ranked second and third: "This is the reason why we launch these two freighter routes," said China Southern.
"In addition to the freighter flights, daily passenger flights Guangzhou-London and Guangzhou-Paris are also available to meet customer needs."
In recent years, China Southern has been dedicated to making Guangzhou a cargo hub, in addition to Shanghai.
China Southern will introduce three more new B777 freighters by the end of July this year, which will all be positioned in Guangzhou. It will then have six freighters in Shanghai and six in Guangzhou, making the biggest B777F fleet in the world.
China Southern has appointed three general sales agents in the UK: EuroGSA, Globe Air Cargo and Airbridge International Agencies. 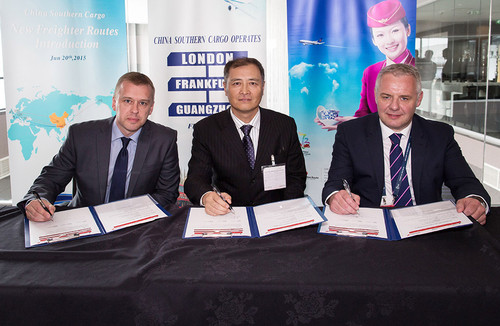