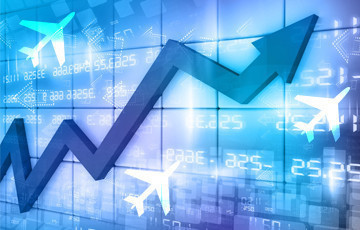 It is a truth universally acknowledged that if China sneezes, the rest of the world will catch a cold, writes Martin Roebuck.
The airfreight world may need to keep aspirin on standby for the rest of this year, analyst Gert-Jan Jansen, head of Seabury Cargo Advisory, warned delegates at the World Cargo Symposium (WCS).
Seabury considers the purchasing managers’ index (PMI) to be the most reliable indicator of likely airfreight trends, which in most markets follow the PMI curve with a delay of around three months. This global model holds true for China too, though with a slightly longer lag of around five months.
A downturn in sentiment among purchasing managers towards the end of last year suggests a lower rate of growth in and out of China than the airfreight industry has enjoyed of late.
Seabury predicts two per cent year-on-year growth for January-May, and Jansen said his conversations with airlines in Shanghai convinced him this assessment was “not far from the truth”.
Slow growth is better than no growth, but John Dowd, senior manager cargo network operations and handling for Qatar Airways, saw potential downsides ahead for the world’s largest trading nation.
Wages in China are increasing faster in than in other manufacturing economies such as India, Vietnam and Indonesia. This had led to the “cut and sew” end of garment manufacturing migrating elsewhere in the region, Dowd said.
Chinese manufacture of semiconductors and industrial components is still growing, and Dowd cited medical and telecoms equipment as examples of China “moving up the value chain”. If this class of airfreight was in greater demand, he hoped yields might improve.
Jansen was less certain about this. Although Chinese imports and exports account for a staggering 30 per cent share of global airfreight, ranking as the largest exporter of high-tech and fashion goods, second in capital equipment and machine parts, third in raw materials and fourth in chemicals, he commented: “The actuality is that shippers even in the same industry behave very differently.”
Seabury has calculated that 375,000 Chinese shippers use airfreight for some of their imports and exports and has broken them down by zip code (14,000), commodity (2,000) and transport mode.
In sectors such as automotive and fashion, the 10 largest individual shippers account for up to 18 per cent of the total export market. The heavy hitters are much more dominant in the $250bn high-tech sector, where 10 firms account for 49 per cent of all exports.
“That’s a stunning number. The names we all know. How the top 10 behave determines the whole market,” Jansen said – and they operate massively different supply chains by transport mode and export market.
Foxconn and Pegatron use air almost exclusively, but Samsung, focused on south-east Asia, ships out more than half of its products by road and Huawei primarily moves its phones and tablets across Asia and to the Middle East by road and sea.
China’s GDP is predicted to grow at 6.3 per cent per year over the next 20 years. Qatar Airways’ Dowd expected the air trade lanes across the Pacific and to Europe to be major beneficiaries, growing at 5.5 per cent annually.
But these cosy assumptions are based on China keeping its finances under control. Dowd worried that the country’s debt reached 282 per cent of GDP last year, and this debt was not just in the hands of banks but also property developers and the construction industry.
“There are signs the market is cooling. This could lead to a loss of confidence in financial institutions and a tightening of credit,” he said.
China’s “real effective exchange rate” had risen by 26 per cent in the last four years compared with 12 per cent for the dollar. The Brazilian, Russian and Indian currencies were meanwhile depreciating.
“It’s equivalent to a large hike in the cost of Chinese exports, and as these account for 25 per cent of GDP, this is not a trivial development,” Dowd warned. He’s keeping his doctor on speed dial.