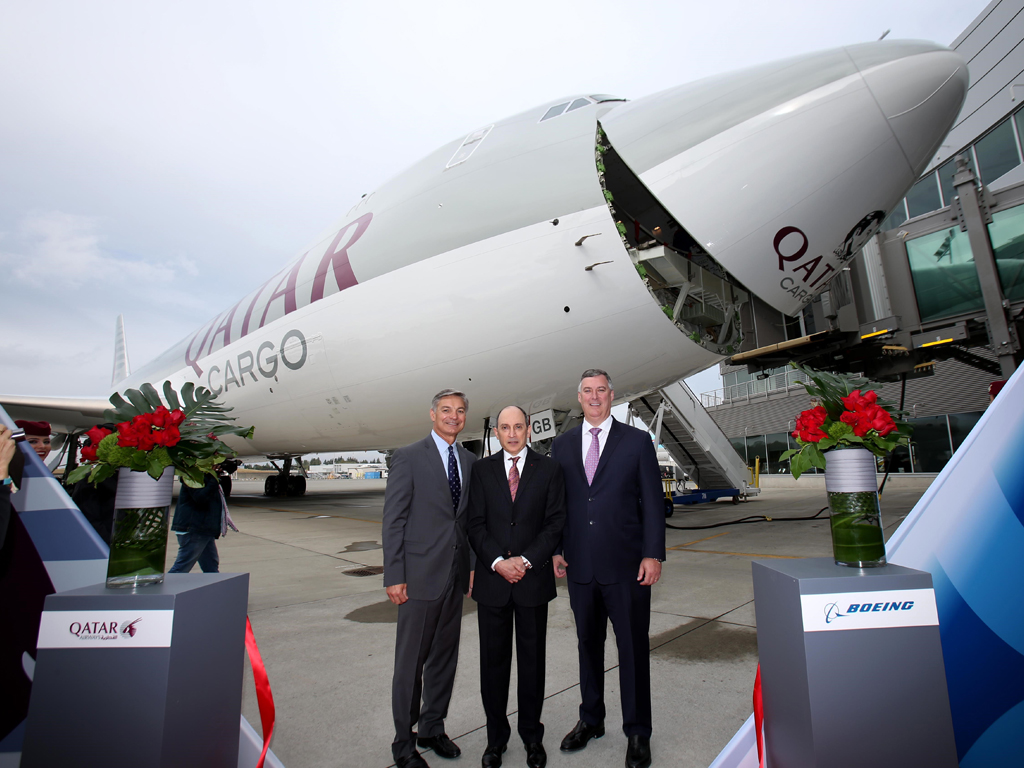 Qatar Airways Group chief executive Akbar Al Baker hinted that his airline could place orders for further 747-8 freighter aircraft from Boeing, at a handover for the first of the aircraft at the plane-maker’s Seattle base on 25 September.
He told a press conference that the carrier had “already sold” the capacity on the first two planes. A second 747-F is due to join the Qatar fleet in November.
He told the press conference that Qatar Airways was currently experiencing a cargo boom following the blockade imposed by neighbouring countries over the country’s alleged support for Middle East terrorist groups. Tonnage was currently up 160% compared with the same time last year, said Al Bakar.
He was also confident that the carrier would continue to find a use for additional freighter capacity at such time as the blockade ended, for example by serving additional markets or moving cargo from bellyhold to freighter aircraft.
At the conference, he also confirmed an order for an additional four 777-300 passenger aircraft, bringing the carrier’s total order book with Boeing to $2.2bn.