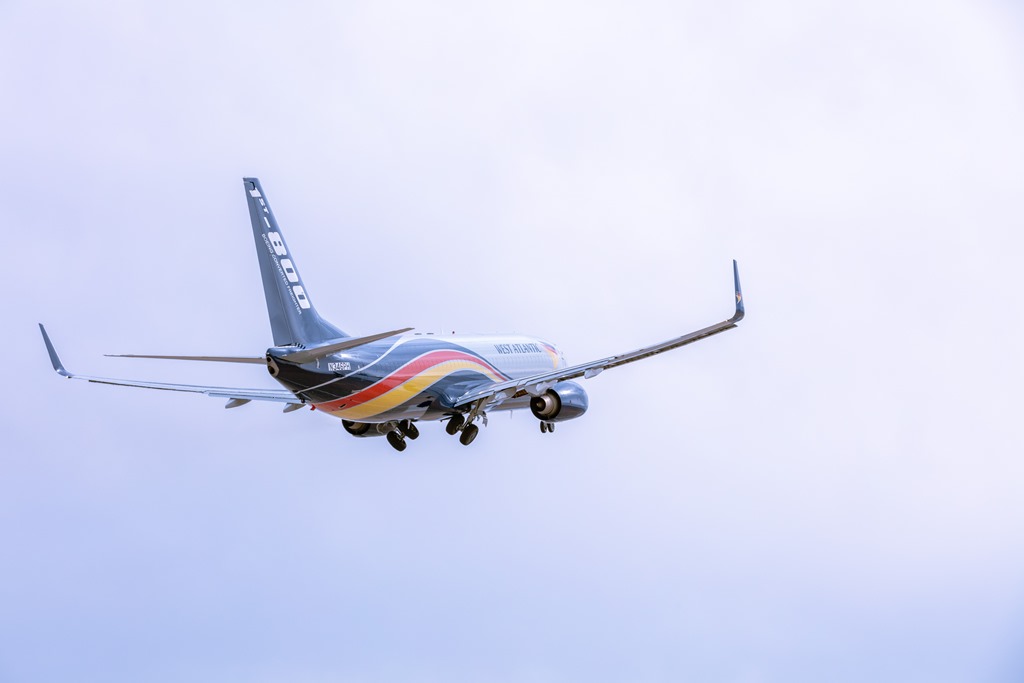 Express and mail airline West Atlantic has reported on a successful first half to this year.
Revenue over the first six months of 2018 rose by 7.1% compared to the January-June period of 2017.
Earnings were up thanks in part to what West Atlantic described as “continued strong growth for the Group’s B737 fleet, partly offset by reduction in the Norwegian postal network” in the second quarter.
During that recent second quarter, West Atlantic took delivery of the world’s first B737-800BCF.
“We’re excited to be the first operator of the B737-800BCF,” said West Atlantic’s chief executive, Fredrik Groth, at the time.
“The additional capacity and Next-Generation efficiency offered by this new aircraft will deliver real benefit to our customers and we’re delighted to be at the forefront of deliveries of this new technology.
"With the B737-800 BCF, we expect to improve reliability, lower aircraft operating costs, and provide a better environmental footprint.”
West Atlantic expects to take delivery of a total of four B737-800 aircraft.
It also took delivery of a B737 to fly for DHL in the second quarter.
Over the first half of this year, the carrier performed a total of 10,706 flights, slightly down on the 11,514 performed in the first six months of 2017.
It had a total of 43 aircraft in service (including those on wet lease).
West Atlantic operates a customised aircraft fleet, a majority of which are wholly owned.
Read more freighter operator news
Click here for a free digital subscription