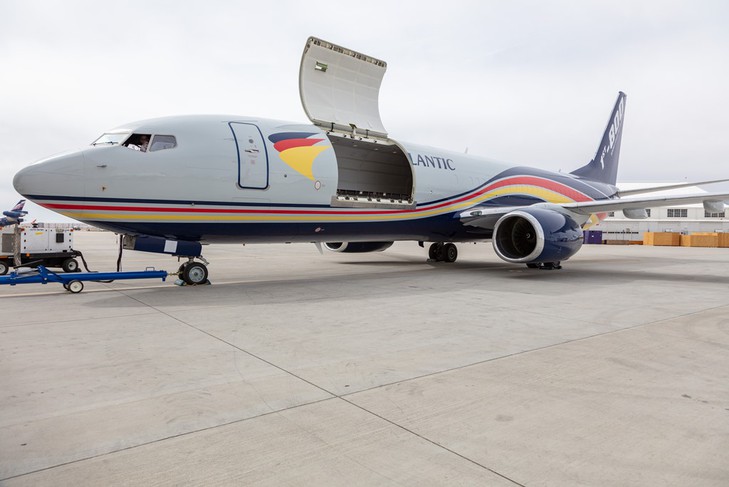 Gothenburg-headquartered freighter operator West Atlantic saw revenues increase during the first quarter of this year despite Norwegian Mail’s early termination of five routes.
The company saw first-quarter revenues increase by 1% year on year to SEK396.1m, earnings before interest, tax, depreciation and amortisation doubled to SEK62.3m and net income improved to SEK7.5m from a loss of SEK14.4m in 2017.
Chief executive and president Fredrik Groth said: “As a consequence of Norwegian Mail’s decision in 2017 to terminate five routes mid contract we started 2018 with five less ATPs in operation than we ended 2017.
“The significant costs associated with this termination have affected the first quarter and will continue to affect income until the surplus aircraft are sold or placed under new contracts.
“Despite the above, the Group revenues for the quarter year-on-year grew. This as a result of the fully implemented contract with Royal Mail , additional B737 aircraft operating under new contracts for DHL and BAe Aerospace, as well as additional short term contracts for the ATP.”
Profits were also boosted by the sale of four ATPs to Kenya. The aircraft operator plans to continue to dispose of its surplus ATPs.
During the quarter the company also took delivery of the world’s first B737-800 Boeing converted freighter. It also took delivery of a B737 to fly for DHL and will add one more B767 freighter this year.
Looking ahead, Groth said: "We remain optmistic about the second half of 2018 and onwards. Focus remains on finding solution for our excess ATP aircraft, fine tuning the B737 operation, and growing profitably.
“The Group still needs to reach acceptable long term levels of cash flow generation and profitability from operations. The successful introduction of the Boeing 737-800 is a very important step for the Group, and we expect this fleet to have positive effects on the income for the second half of 2018 and onwards.”