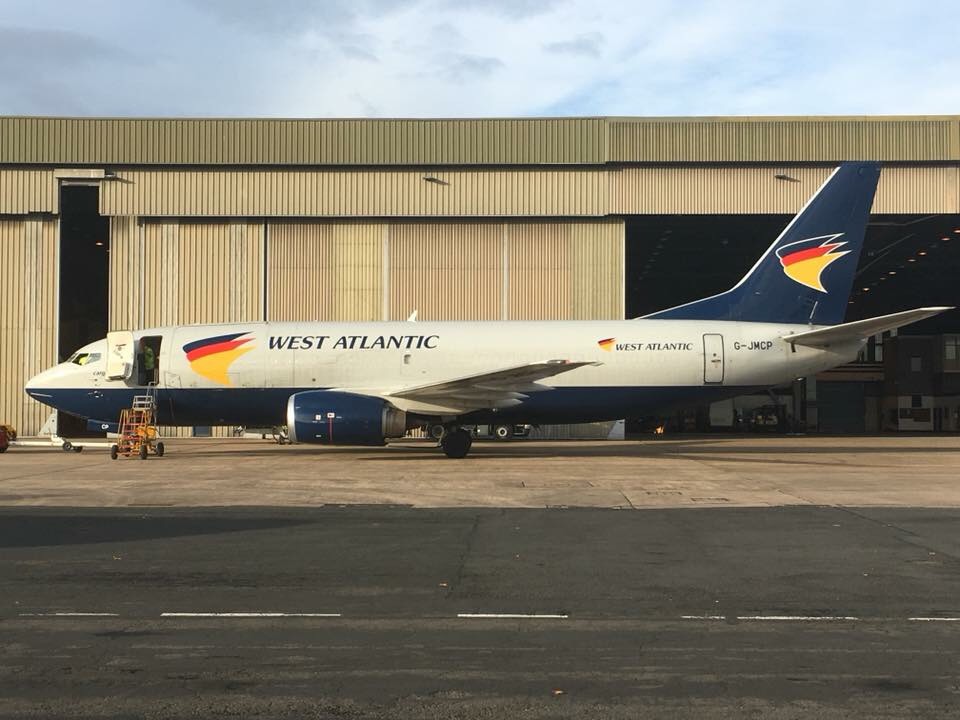 The UK division of Sweden’s West Atlantic cargo airline has relocated its operation from Coventry Airport to East Midlands Airport.
The express freight company has leased 43,000 sq ft of hanger space close to its key customers DHL and the Royal Mail.
A statement said that the  move is driven by a need to find increased space to accommodate its recently expanded fleet of Boeing 737 aircraft, and the fact that many of West Atlantic’s customers are based at East Midlands Airport.
West Atlantic also offers aircraft maintenance services and aircraft leasing which will benefit other cargo operators that are located at East Midlands Airport.
Nigel Hiorns, managing director for West Atlantic UK, said: "We had outgrown our Coventry facility as it could no longer meet the demands and needs of our business.
"A new base is required due to the rapid expansion of our fleet, and our in- house maintenance capabilities especially as we prepare to launch new converted Boeing 737-800 freighters in February 2018.
"East Midlands Airport is the perfect solution for us as it’s a prime site for our customer network and it will offer us a convenient solution for the maintenance of our larger aircraft.”
The relocation was managed by MAG Property, a division of Manchester Airports Group (MAG) which owns East Midlands Airport, as well as Manchester, London Stansted and Bournemouth Airports.
East Midlands Airport is the UK’s second busiest cargo airport after Heathrow, and the UK’s most important airport for dedicated freight aircraft. Last year, £9bn worth of goods were exported on behalf of UK business to 200 countries in Latin America, Asia, North America and the Middle East.
Howard Ebison, East Midlands Airport’s commercial director, said: “Such is the strategic importance of our cargo offer that many operators and their support networks want to be located nearby or on our site.
"The arrival of West Atlantic is a further boost to the current operation and is yet more evidence of the impact the airport has on attracting new business to the East Midlands region. The impact of such investment will be felt across the region especially by regional businesses that rely on exporting and importing goods.”
Read more Cargo Airport and freighter operator news