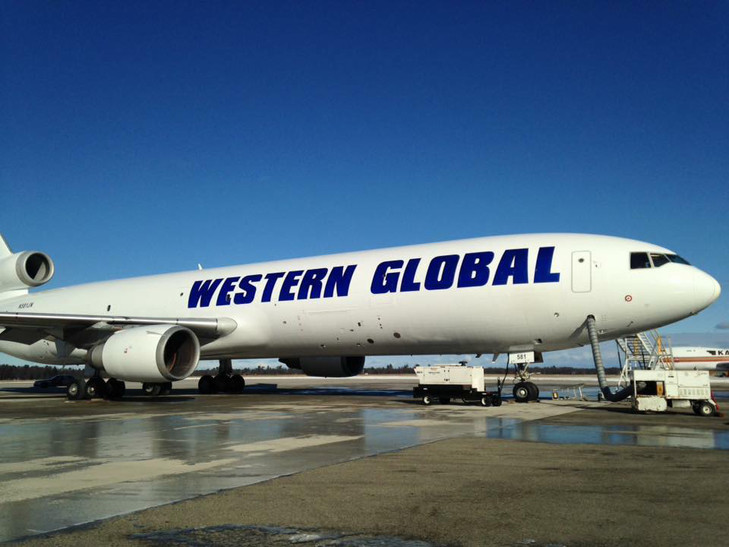 Western Global Airlines (WGA) has applied to US authorities to expand its scheduled cargo operations beyond its current flights between the US and China/Hong Kong.
In documents seen by Air Cargo News and filed with the US Department of Transport, the Florida-headquartered airline applied for permission to operate flights between the US and countries with existing open skies agreements with the country.
The application also asks for permission for flights to transit intermediate countries and countries that in the future sign open skies agreements with the US.
"WGA anticipates expansion of its scheduled international all-cargo service beyond the US-China/Hong Kong scheduled authority currently exercised," the application said.
"The open-skies authority requested here is ideally suited to that purpose since it will maximise WGA’s flexibility and competitiveness.
"Issuance of such authority would eliminate the need for multiple applications for noncontroversial
authority, conserving the Department’s and WGA’s time and resources."
It added: "Grant of the authority requested by WGA would be pro-competitive and consistent with the public convenience and necessity.
"Issuance of such authority would promote US realisation of bilateral rights for which the United States has exchanged value, and would contribute to the variety of price and service options available to
international shippers."
WGA said it would operate any new services utilising its fleet of 11 MD-11 and two B747-400F freighters.
WGA, which has until recently been mainly known as an ACMI and charter operator, won permission to start scheduled operations to China in July last year.
Read more freighter operator news