What would a merger between Emirates and Etihad mean for cargo? 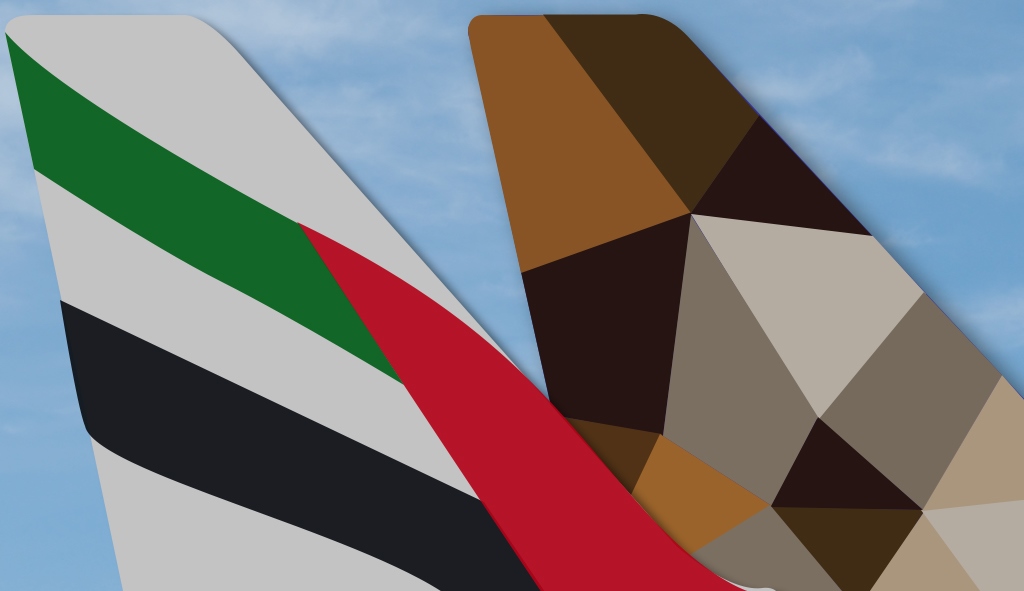 Rumours that Emirates could take over loss making Middle Eastern rival Etihad have been circulating for a while now but came to a head yesterday when Bloomberg reported that talks were underway, quoting four anonymous sources.
The two airlines were quick to respond, issuing a firm rebuttal to news agencies: “There is no truth to this rumour”, they said.
Only time will tell whether a merger, or perhaps a partnership of some kind, will actually take place, but if such a deal were to materialise, what would it mean in terms of cargo?
Firstly, the two airlines coming together would initially create outright the world’s largest cargo carrier in freight traffic terms, at least for now.
According to last year’s IATA World Air Transport Statistics, Emirates was the second largest cargo carrier just behind market leader FedEx, which carried 16.8bn freight tonne kms (FTK). 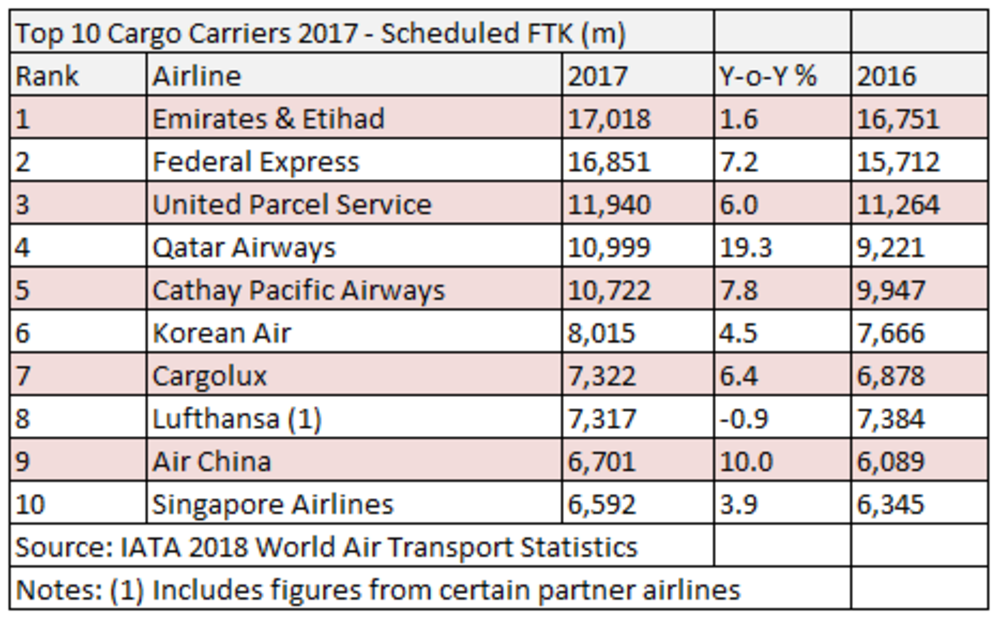 If Emirates and Etihad were to combine their 2017 traffic, they would just edge ahead of FedEx with traffic of 17bn FTK.
However, it is unlikely that the combined entity would be able to maintain top spot for too long, based on recent growth, because the express and e-commerce markets that FedEx specialises in continue to grow at a much faster rate than the general cargo segment.
Also, FedEx has recently placed a huge order for freighter aircraft – in June it ordered 12 Boeing 767Fs and 12 B777Fs, with the aircraft due to be delivered between June 2019 and May 2025. The express firm has a further 47 B767Fs and five B777Fs on order.
Emirates and Etihad’s cargo capacity growth is more likely to come through additional belly capacity.
According to Boeing Emirates has eight B777-300ERs and 150 B777Xs still on order, while Etihad is waiting on a single B777F (although it is not clear if this order will ever materialise), 25 B777Xs and 30 B787-10s.
Emirates also has 58 A380s due, while Etihad has 62 A350s and 26 A321s still to be delivered.
Of course just because an order has been placed, it does not mean the aircraft will actually materialise and it is reported that Etihad is in negotiations to cancel some of its orders as part of its turnaround strategy.
In terms of volumes, combining the two airlines would result in Emirates maintaining its positions as the world’s third busiest cargo airline behind FedEx and UPS (see chart below), although it would close the gap to second place with volumes of 3.5m scheduled tonnes.
Combining the two airlines’ freighter fleets would give them a total of 18 B777Fs. Cargo revenues would reach $3.3bn.
When it comes to the two airlines’ hubs it is hard to predict what could happen. From a business, cargo and passenger perspective it would seem sensible to focus all flights on a single hub but this could be difficult to accomplish for political reasons.
However, there would need to be some rationalisation of services in order to make the merger worthwhile, something Etihad is again looking at anyway as part of its turnaround.
For the overall cargo market a merger between two of the industry’s largest players would be double-edged.
On the one hand it would create a powerful industry leader with improved buying power and a wider global network to attract customers, something of growing importance to international shippers and forwarders looking for regional and global transport solutions.
On the other hand there would almost certainly be a rationalisation of services and capacity, which would help boost load factors and therefore rates. Fewer players would also result in a more controlled approach to capacity additions. 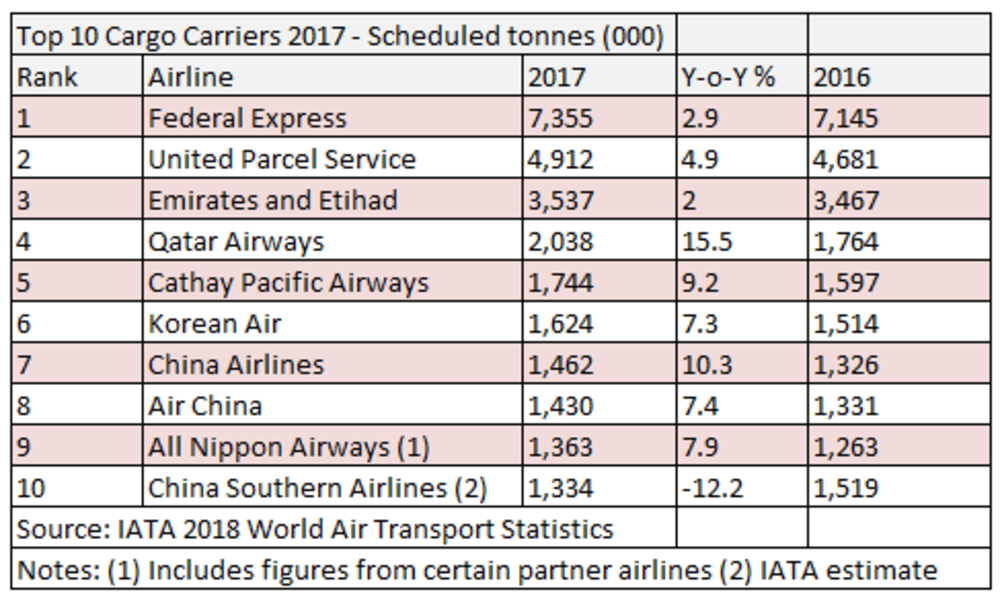