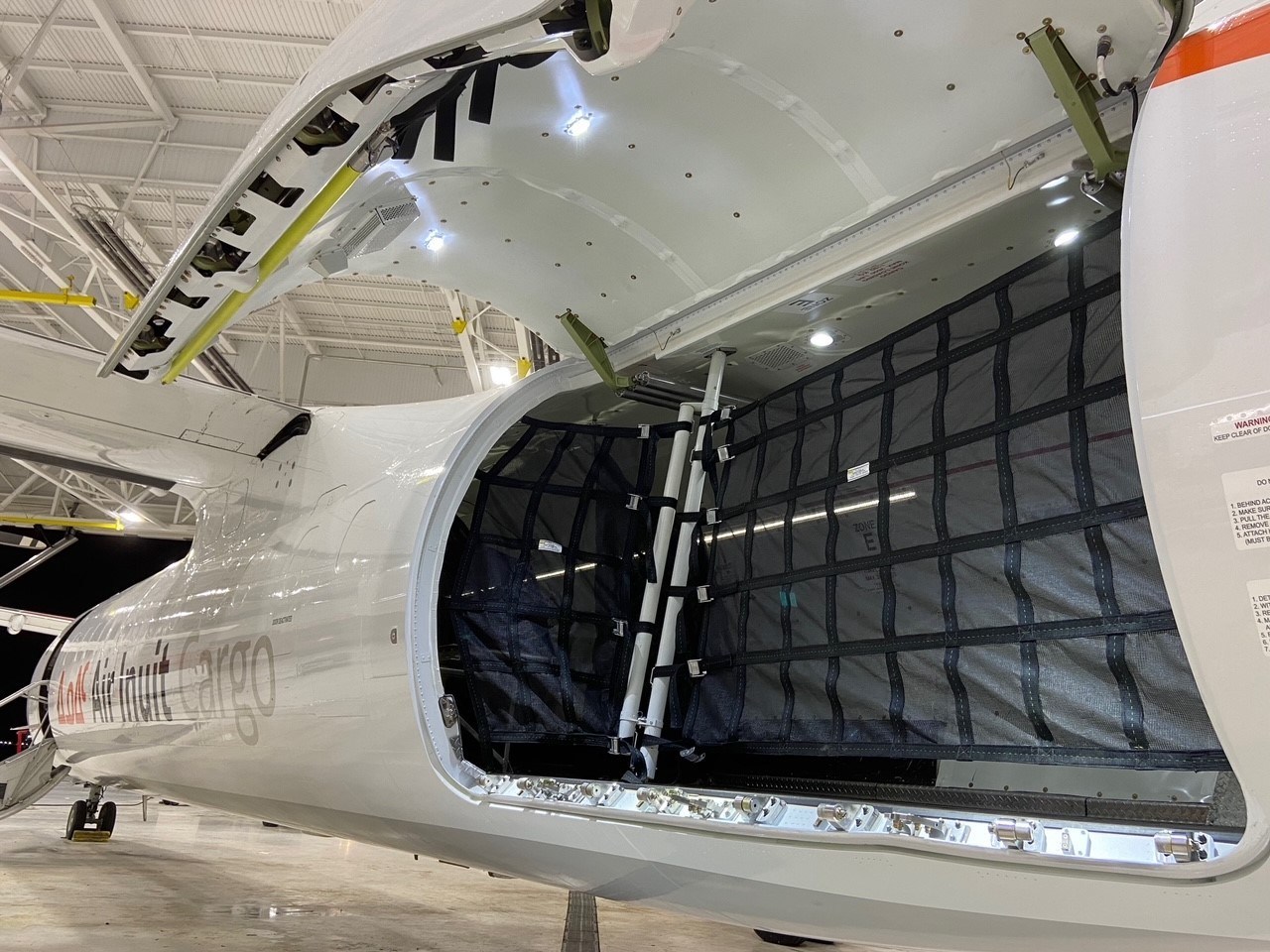 After more than 36 months of planning, design, modernisation, and safety testing, the specially modified aircraft received its Supplemental Type Certificate from Transport Canada on February 3, said the Quebec-based airline.

The installation of an oversized cargo door, measuring 274 cm x 173cm, has been made possible with the technical support of Rockwell Collins (now part of Collins Aerospace).

This new door makes it easier to transport food and other goods on pallets, loading and unloading time can be reduced, while reducing the risk of damage to fragile goods, such as fresh fruits and vegetables.

Air Inuit provides air links between the 14 coastal villages of Nunavik, part of the Nord-du-Québec region. In the absence of road access, the airline delivers essential products including food and oversized materials such all-terrain vehicles and snowmobiles.

The Dash8-300 is well suited to locations served by a short gravel runway and has proven itself in the harsh weather conditions of Nunavik.

Air Inuit’s now retired HS-748 aircraft consumed 30% more fuel than the Dash8-300. The development of the cargo door for the Dash8-300 was made possible in part thanks to a financial contribution from the Green Fund of the Government of Quebec