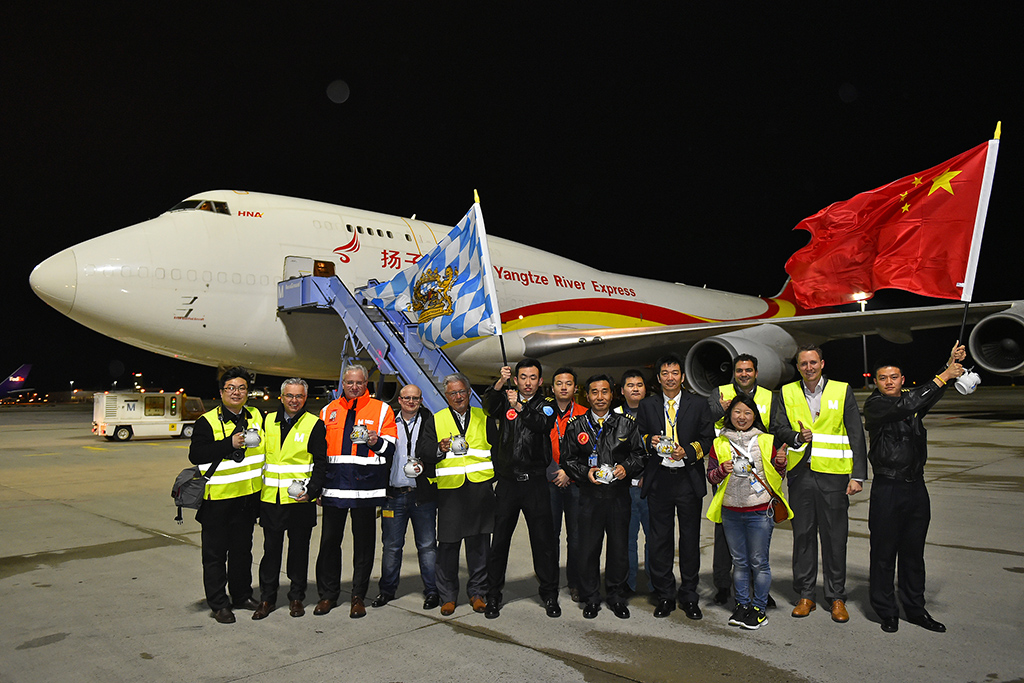 Chinese cargo airline Yangtze River Express has launched a five times a week B747-400 freighter service from Germany to China.
The aircraft will arrive in Munich on Tuesdays and Thursdays from Amsterdam, and on Wednesdays, Fridays and Saturdays from Brussels before departing for Tianjin and then Shanghai.
The opening of the new freighter route for the southern Germany hub was marked by a special ceremony at Munich Airport.
Handling services for Yangtze River Express at Munich will be provided by the airport’s AeroGround subsidiary, which has signed a full handling agreement with the Shanghai-based carrier to run until 2018.
AeroGround has also announced the extension of its contract with Emirates Airlines through to 2019.
The Middle East carrier operates twice weekly bellyhold services to Dubai with an A380.