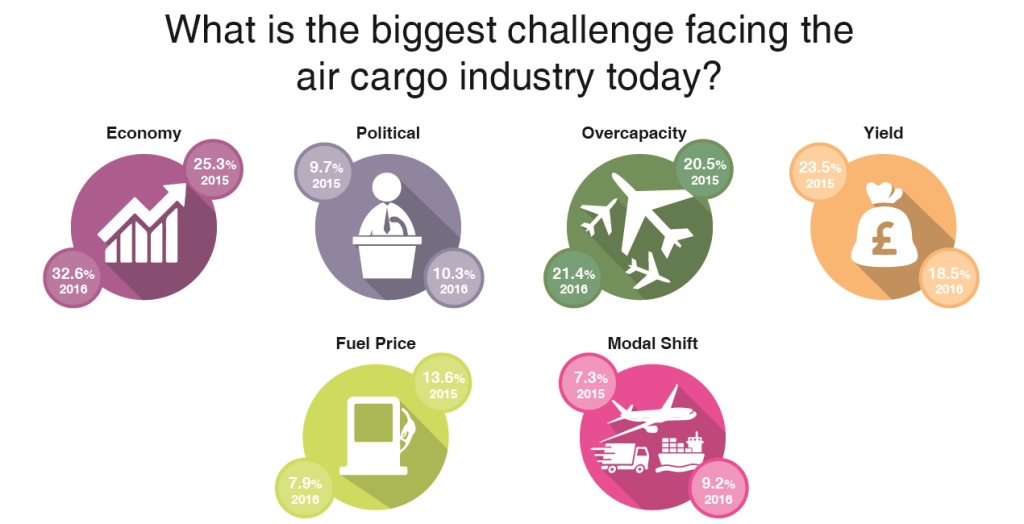 The Air Cargo News annual reader survey has revealed that the current state of the global economy is the single biggest challenge to the industry, while the pharmaceutical sector offers the best potential for growth.
This year’s survey asked freight forwarders, airports, handlers and air cargo carriers their opinions on a range of topics, from what they think is the industry’s biggest challenge to which regions and sectors they foresaw had the most potential for growth.
To the question of which segment would enjoy the greatest growth over the coming 12 months,  pharmaceuticals, which recorded 23.3% of the vote, overtook consumer goods, with 17.3%, to become the sector that offered the most potential.
While this indicates the air cargo industry increasingly sees pharmaceuticals as an area of growth, it also shows a loss of faith in consumer products, which in the previous year’s survey garnered 22.4% of the vote.
Perishables, meanwhile, managed to grab 16.1% of votes, up from 13.2%, to take third place.
Staying on the subject of growth, the region that respondents believed offered the greatest potential was Asia for the second year running, with 30.7% of the vote.
However, the number of respondents that chose Asia slid from the previous year’s 33%, a reflection of recent slowdowns in the Chinese economy.
While the outlook for Asia has weakened over the last 12 months, there have been gains in mature economies.
The percentage of people that expected Europe to offer the greatest growth potential over the next 12 months was up from 16% for 2015 to 17.7% in 2016. North America saw a similar increase, jumping from 16.5% to 17.1%.
There was also a slight increase in those who expected Africa to have the greatest growth potential, while Australasia remained flat and expectations for South America weakened slightly.
When it came to the biggest challenge for the air cargo industry, there was a single clear leader, whereas last year three different concerns were on the minds of air cargo industry executives.
This year the global economy was by the far the biggest concern, with 32.6% of the votes. This also led the table last year but with the lower percentage of 25.3%.
In second place this year was concern about overcapacity, up from third at the start of 2015, with 21.4% of votes.
Meanwhile, concerns about yield appear to have weakened over the last 12 months as the percentage of people concerned about this topic declined to 18.5% from 23.5% last year.
Those with political and modal shift concerns increased slightly last year, while fuel price worries eased. 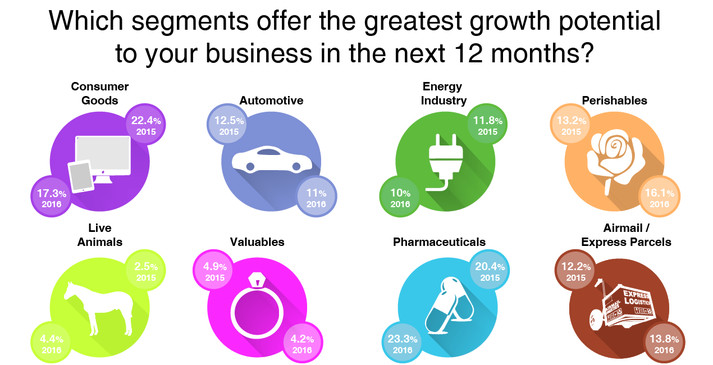 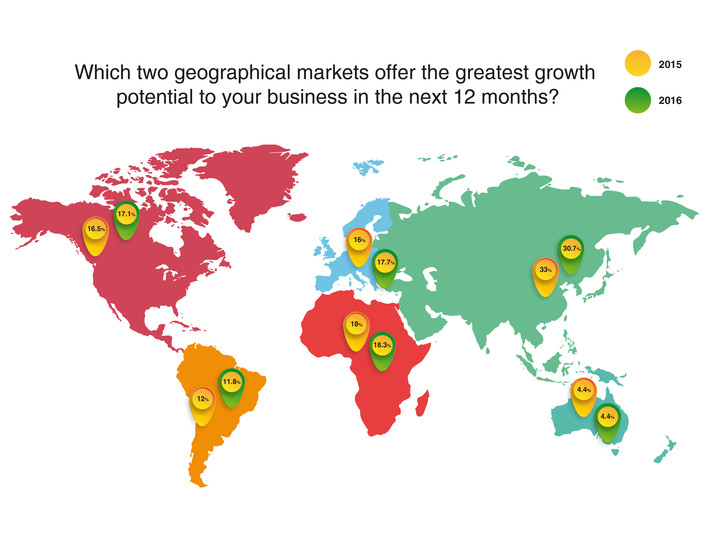 JD.com has teamed up with Air Moldova to launch regular freighter flights to the UK as part of efforts to…