Going Dutch, a former KLM B747 has retired to take its place in aviation history 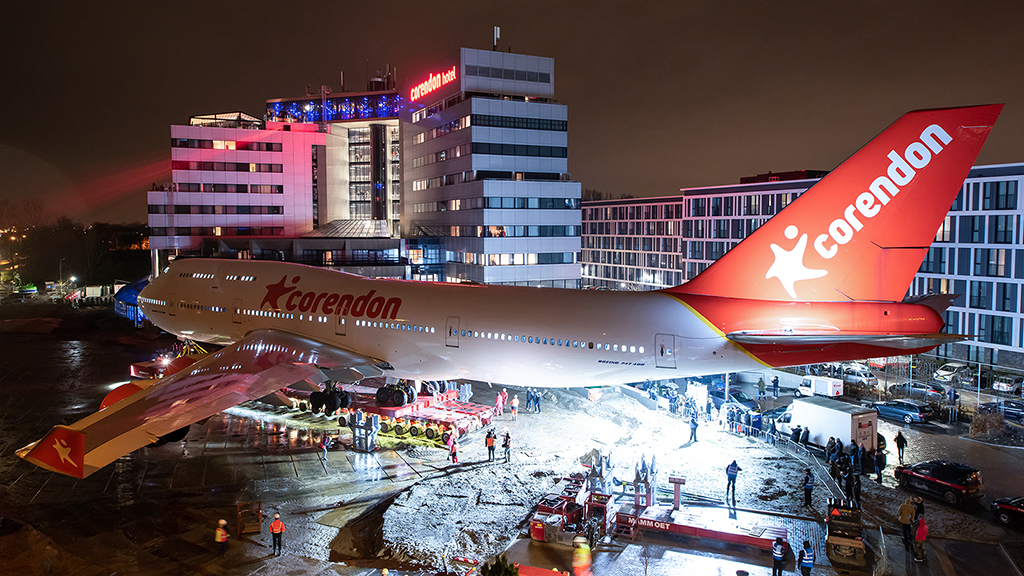 A former KLM Boeing 747 passenger jet has arrived in the garden of the Corendon Village Hotel in the Netherlands after a five-day transport from Amsterdam’s Schiphol Airport.

The 30-year old former KLM ‘City of Bangkok’ aircraft will be converted into a 5D-experience about the B747 and the history of aviation later this year.

The dismantled aircraft was placed on a trailer of specialised transport company Mammoet to cover the 12.5 km to the hotel.

During that time, the aircraft had to cross 17 ditches, highway A9 and one provincial road.

To keep it safe and steady, the aircraft has been lifted on 1.5 m high steel bases, totalling 15 tons. They are built on heavy concrete slabs, strong enough to carry the enormous weight.

The Boeing will be converted into a 5D experience later this year. Visitors will be able to walk on, over or under the plane and visit places that are normally not accessible to the public.

They can visit the cargo area, learn about the fuelling of the plane, take a look in the kitchen of the business class and the cockpit on the upper deck.

They can even do a wing walk. Visitors will also make a journey through the history of aviation. The garden where the Boeing is placed is partly an ecozone, open to hotel guests, and can be used as a festival site.

The transport of the aircraft this weekend coincided with the celebration of the first test flight of the Boeing 747 on February 9, 1969, exactly fifty years ago.