CLIVE: Gradual recovery in air cargo market that could turn toxic for shippers 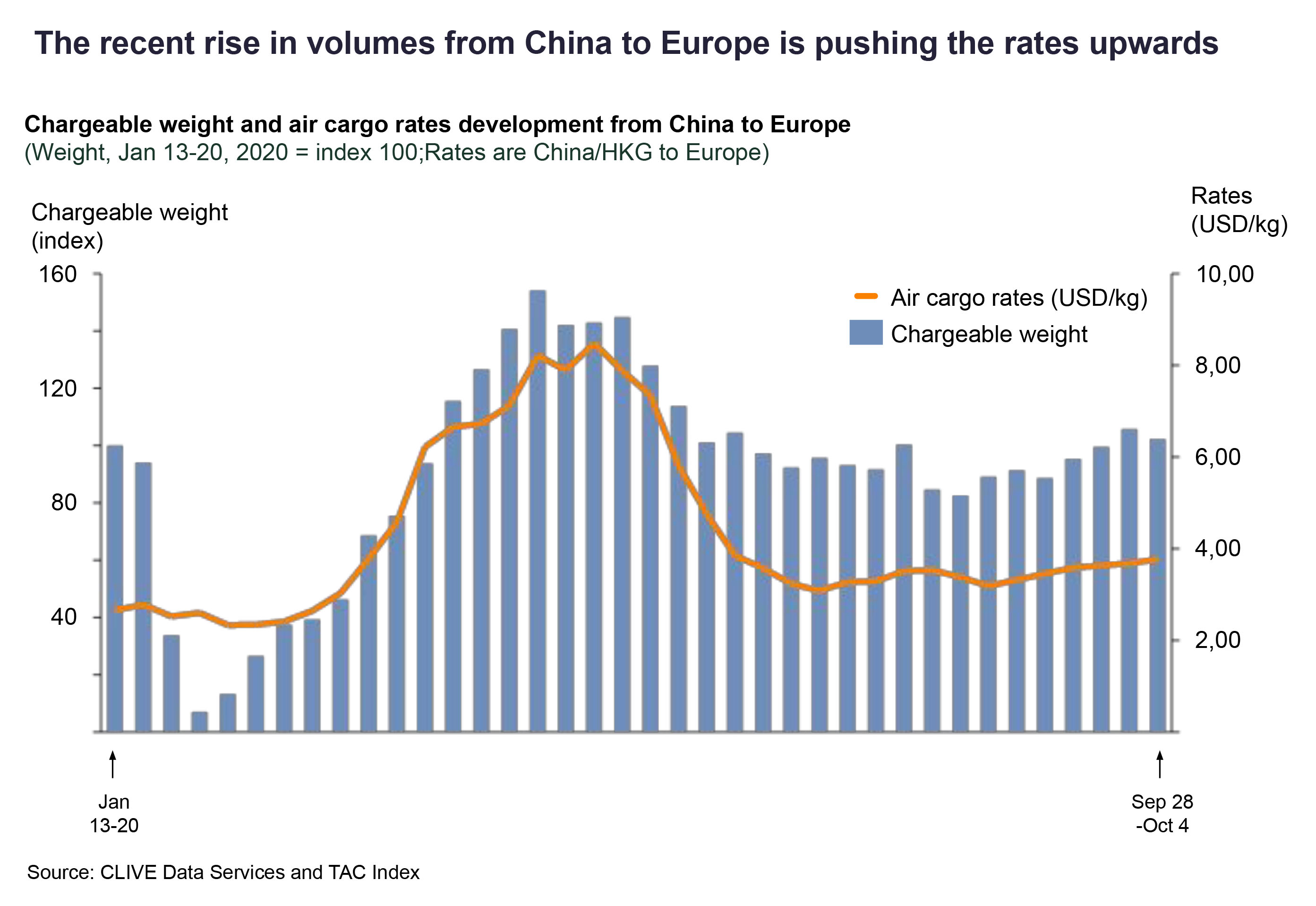 Air cargo continued to make a gradual recovery in September, but the situation could be about to turn toxic for buyers of airfreight capacity, according to CLIVE Data Services.

According to CLIVE, September saw chargeable weight transported decrease by 15% year on year, which is better than the 24% decline registered in August and the fifth consecutive month of improvement.

Meanwhile, the dynamic cargo load factor reached a record 70% — a two percentage point increase on August and up eight percentage points on a year ago. This was largely down to a 25% decrease in air cargo capacity compared with last year.

The tightening of supply and demand meant rates for the month increased by a “significant amount” said data provider TAC Index.

“A fifth consecutive month of gradual air cargo market improvements may not be sensational news but, in this case, sometimes boring is good,” he said. “In fact, our latest weekly analyses reveal more positivity than I would have expected based on the global impact of government actions to restrain the spread of Covid-19.

“While this might be encouraging news for airlines, it means shippers and forwarders are being faced with higher airfreight costs. Uncertainty over how the market will develop alongside very high load factors is a toxic combination for the buyers of airfreight capacity.

“If this demand persists, and shippers are prepared to pay, we may well see a resurgence in passenger planes being deployed mainly or solely for moving freight. These remain uncertain times but with more optimism in the market for October and November volumes, the question is: how far can the recovery go?”

He pointed out that the market had bottomed out in April, as CLIVE Data Services had predicted.

Robert Frei, business development director at TAC Index, added: “It is interesting to see how closely demand/volume and pricing correlate in light of the fact there are a lot less BSAs (block space agreements) in place currently. 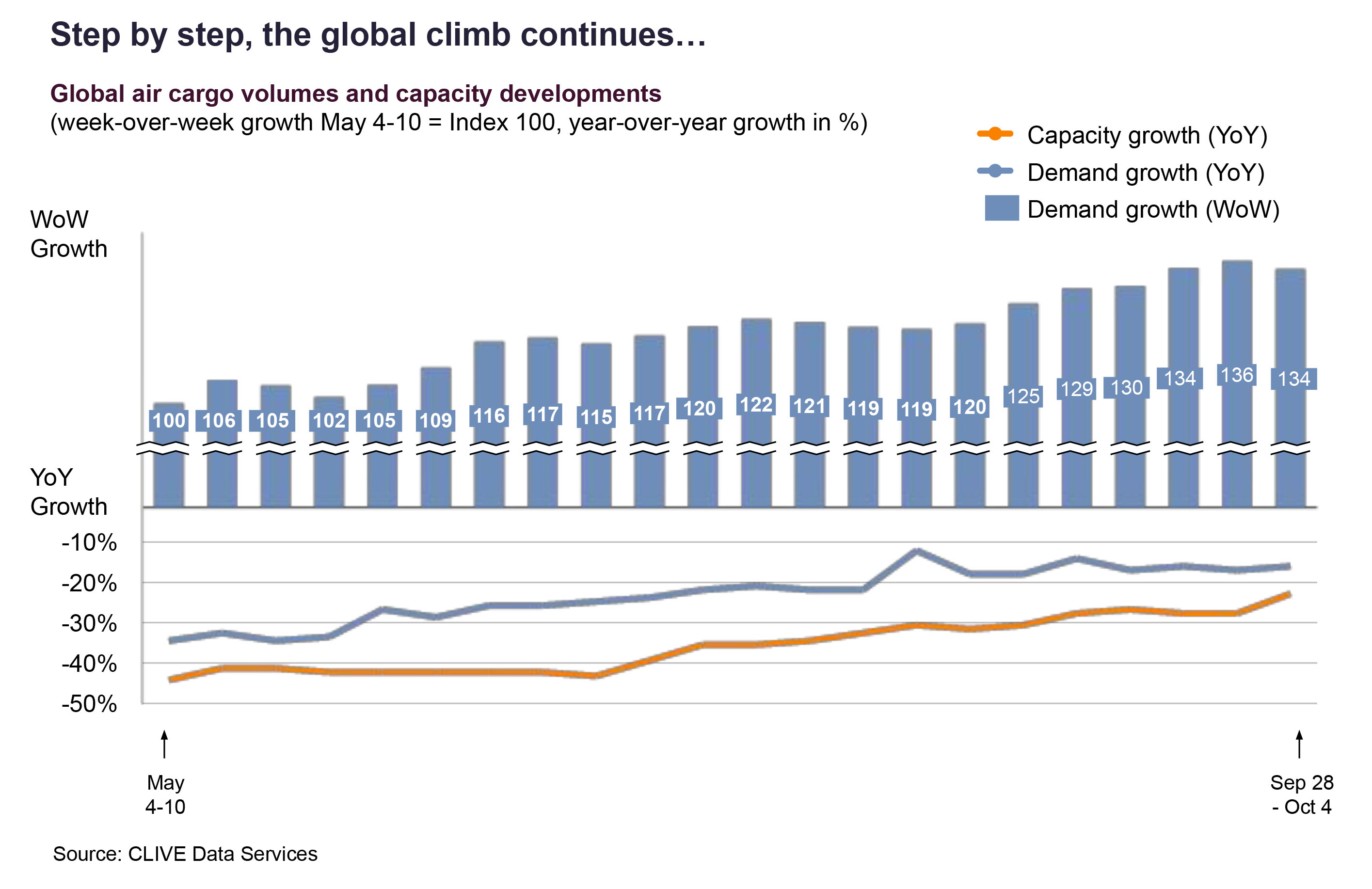