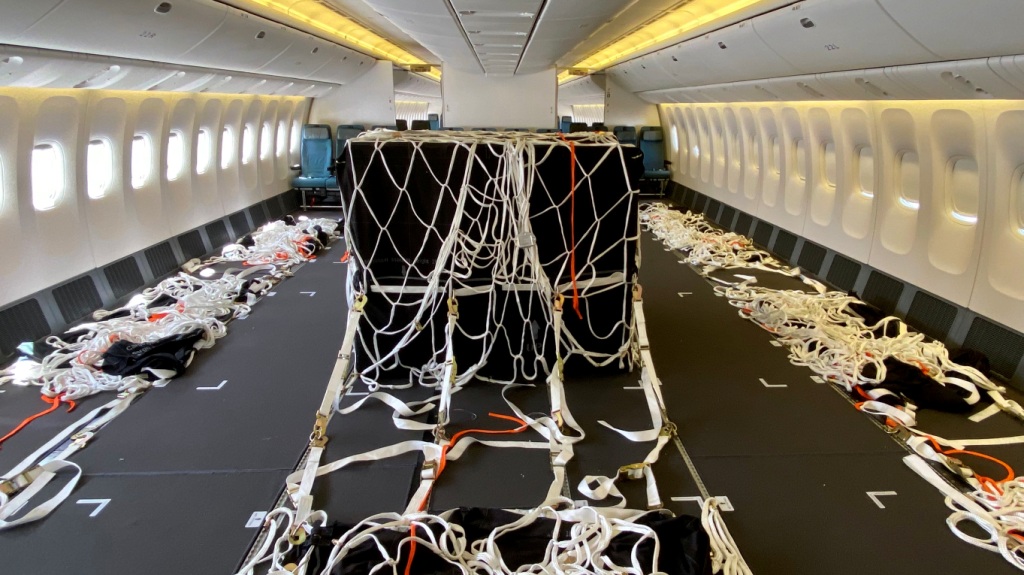 HAECO Xiamen has stripped out seats from Cathay Pacific B777s to increase their cargo capacity.

The conversion and maintenance firm said that the modification is covered by a Supplemental Type Certificate and has been directly approved by the Hong Kong Civil Aviation Department (HKCAD). It also uses HAECO Xiamen’s HKCAD Part 21J Design Organisation Approval.

The scope of work involves removing economy and premium economy seats to install cargo bags, which are secured with cargo nets and straps, and other associated safety equipment. The modification has been designed to be in line with Boeing guidelines.

The modification kit was directly sourced and fabricated on-site by HAECO Xiamen.

In addition, HAECO Xiamen has obtained HKCAD’s minor change approval for Cathay Pacific, which allows cargo to be placed on the seats of the airline’s Airbus A330 aircraft.

It has been reclassified by HKCAD as a minor change on a time-limited basis.

Both solutions will allow Cathay Pacific to utilise a greater number of its aircraft for cargo-bearing flights, enabling the airline to carry more essential goods internationally during the Covid-19 pandemic.

A number of airlines have taken the decision to strip out seats as the seek employment for their idled passenger aircraft.

HAECO did not provide details on the number of aircraft that the work would be carried out on, or what difference it would make to capacity.

Last week, the airline group revealed that traffic in cargo and mail tonne km terms decline by 35.8% year on year to 596m in June.

The company also issued a profit warning last week: “The directors of Cathay Pacific Airways Limited estimate that for the six months ended June 30 2020, the Group will record a net loss attributable to shareholders of approximately HK$9.9bn, which compares to a net profit to shareholders of HK$1.3bn for the same period in 2019.”