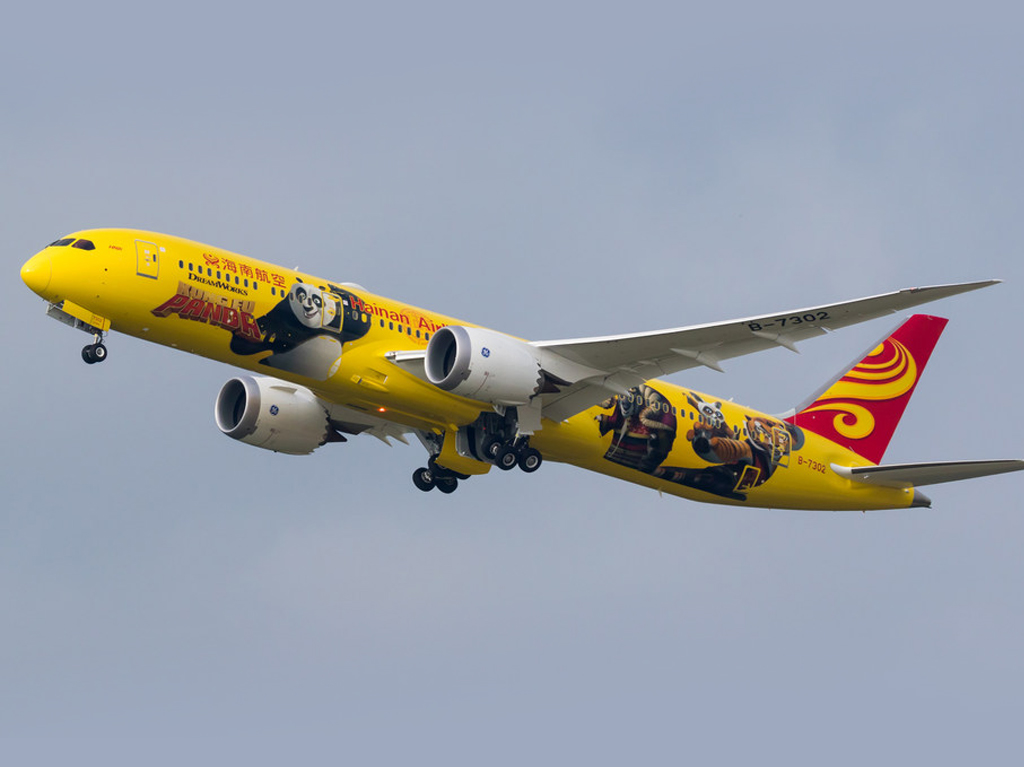 A third Hainan Airlines Boeing 787-9 Dreamliner has received a Kung Fu Panda “makeover” as the carrier continues its collaboration with DreamWorks Animation.
The aircraft’s inaugural flight – launching a new daily service from Haikou to Beijing – took place on May 29, in celebration of the carrier’s 24th anniversary. Among the passengers was Hannah Foss, a designer from Alaska whose Dreamliner design was one of the lucky few selected from nearly 3,000 entries in a competition organised by Hainan Airlines, Boeing and Dreamworks. A total of six designs are to feature on the carrier’s B787 Dreamliners over the next two years, each featuring characters and scenes from the Kung Fu Panda franchise.
This third themed livery incorporates popular characters such as Po and Tigress alongside traditional Chinese ‘chops’ and a sunrise. It was selected “based on its originality, creativity, humour, its reflection of Chinese culture, and its wow factor”, a Hainan statement said.
In addition to having her design painted on a Dreamliner, Foss won two round-trip, business class tickets to China, as well as a week’s accommodations at a luxury hotel.
"I have loved painting and designing since I was a child,” she said in a speech she made to the other passengers on the flight. “I have designed a dinosaur exhibition for a museum and depicted the Northern lights around the Arctic Circle in my artwork. But I never thought that my design would be painted on a plane someday. It feels amazing!”