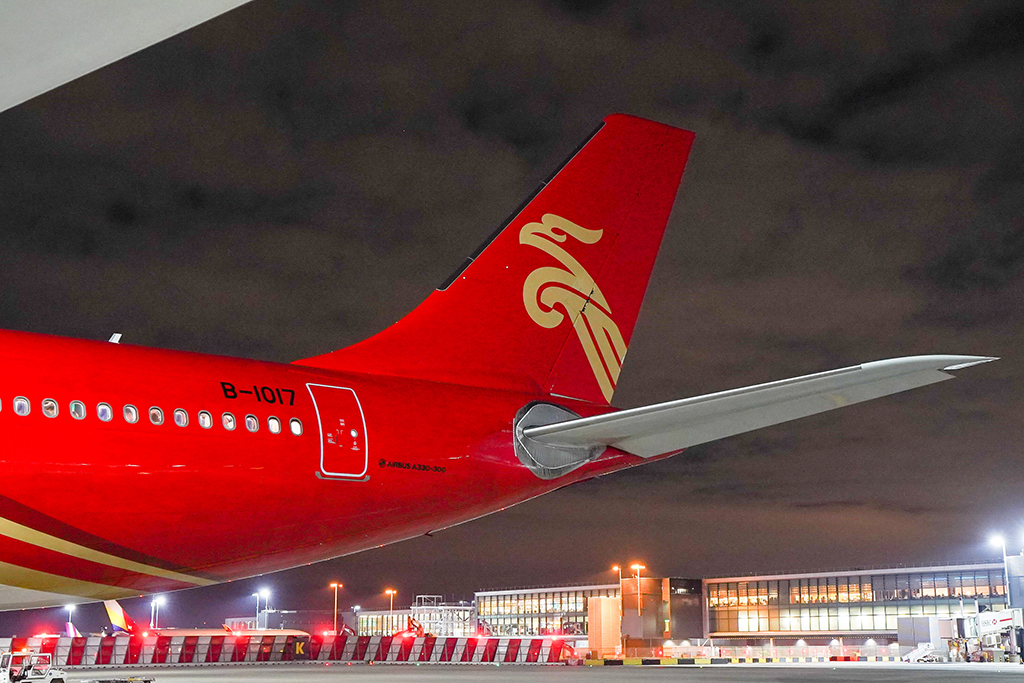 The first direct flight linking London Heathrow with Shenzhen has touched down at the UK gateway.

The Shenzhen Airlines Airbus A330-300 passenger service, which operates three times a week and represents the carrier’s first long-haul route, is part of Heathrow’s continuing expansion of its Chinese connections.

The new flights are expected to carry 3,120 tonnes of cargo each year between the two cities in the belly space of the A330-300, supporting the growing trade between China and the UK.

Shenzhen’s tech industry includes companies such as Huawei and Tencent earning it the moniker of ‘China’s Silicon Valley’.

Heathrow said that its latest Trade Tracker Report, researched by economic analyst Centre for Economics and Business Research (CEBR), shows exports to China via Heathrow have grown by 330% over the last year – with exports between April and June 2018 year totalling £3bn (20% of total exports form Heathrow by value).

The report stated: “The top type of good exported from Heathrow by value is precious stones, metals and pearls: worth £4.6 billion in Q2 2018 alone, a significant increase from the value of this type of good in Q2 2017. This was mostly driven by an increase in exports to China.”

The airport noted that rival EU hubs with spare capacity are able to offer direct connections to Chinese cities such as Hangzhou, Chengdu, and Kunming, facilitating more trade and investment. It argued that expansion of Heathrow is necessary “to allow Britain the opportunity to build and maintain the vitally important trade connections to China the country needs in the long-haul”.

Heathrow chief commercial officer Ross Baker said: “This year, we have focused on strengthening Heathrow’s role as the UK’s gateway for Chinese trade, commerce and tourism.

“While our passengers and exporters will undoubtedly be pleased with our new Shenzhen connection, along with the other routes we have announced this year, we know that in order to achieve true transformational change for our culture and economy we need the additional capacity for cargo and passengers to reach greater benefits.

“It is the creation of this extra capacity, achieved through Heathrow expansion that will allow Britain to trade on a truly global platform whilst providing Britain with a front door that is the best connected in the world,” Baker said.