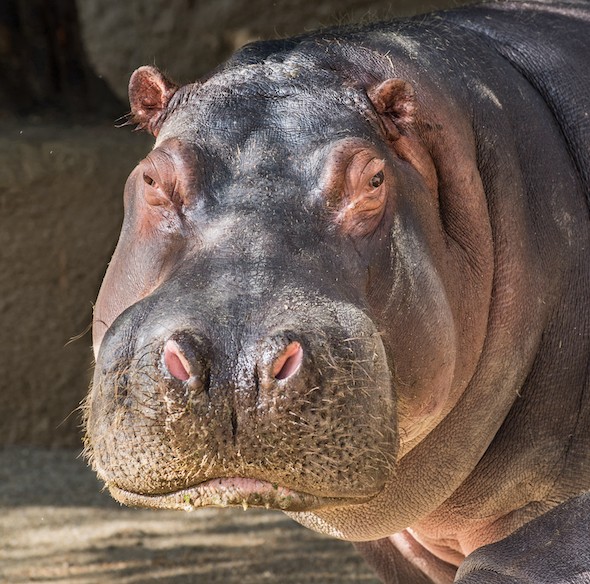 Mara the hippo arrived in Honolulu on February 16 accompanied by two Los Angeles staff members, one of whom is a veterinarian.

First to be off-loaded from the airplane, Mara was carefully cared for as she made her way under special police escort to the Honolulu Zoo where she will become a companion for Louise, the resident hippo.

As hippos are considered high risk for COVID-19, all those who have come in contact with her as she’s travelled have been wearing protective PPE equipment.

“It is such a thrill to be part of Mara’s journey to her wonderful new life in Honolulu,” stated Tanja Janfruechte, Pacific Air Cargo chief executive officer. “We love the challenges associated with the transport of such incredibly special cargo.”

Mara was born in captivity on September 24, 2003, at the Ellen Trout Zoo in Texas but has called the Los Angeles Zoo home for many years.

The Honolulu Zoo’s hippo, Louise, is 30 years old and was also born in captivity, at the Denver Zoological Gardens.

Hippos are gregarious by nature, living in large groups of up to 100 when in their natural habitat. But both hippos have been living alone, so it’s hoped that they will become friends and enrich each other’s lives.

The animals are listed as vulnerable by the IUCN (International Union for the Conservation of Nature) and are threatened by habitat loss, poaching for their meat and ivory canine teeth. Hippos also can suffer from disease and drought which can be influenced by climate change.