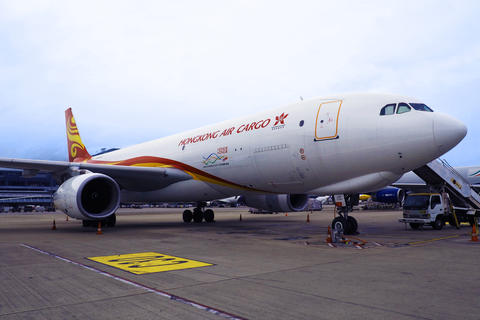 Hong Kong Air Cargo has moved a step closer to expanding its scheduled cargo network with flights to Europe and a host of new additions in Asia.

The Hong Kong Airlines subsidiary applied to the Hong Kong Air Transport Licensing Authority (ATLA) for nine new routes back in December and earlier in May received its licenses for the flights.

With the granting of the ATLA licences, the airline will soon commence applying for the other necessary approvals for the new services.

But the airline has previously operated chartered services to most of these cities and has therefore “established a solid foundation in preparation for the new services”.

“The newly received ATLA licence approvals will allow Hong Kong Air Cargo to plan, forecast and service customers and the cities with confidence,” the carrier said.

“The new routes will be gradually introduced utilising the existing fleet, and HKAC will continuously review its resources input if market demand continues to dictate.”

William Chan, the airline’s director of government and public affairs, said: “This marks a significant milestone in Hong Kong Air Cargo’s journey. Over the years, we have strived to do our best and serve the community of Hong Kong.

“The pandemic has been a challenging time globally, and the demand for the transportation of cargo has continued to increase. We are grateful for the approval for these new routes and the opportunity to grow with Hong Kong.”

In order to be able to operate the new services, the carrier in April embarked on a recruitment drive to increase its cockpit crew head count by 14%.