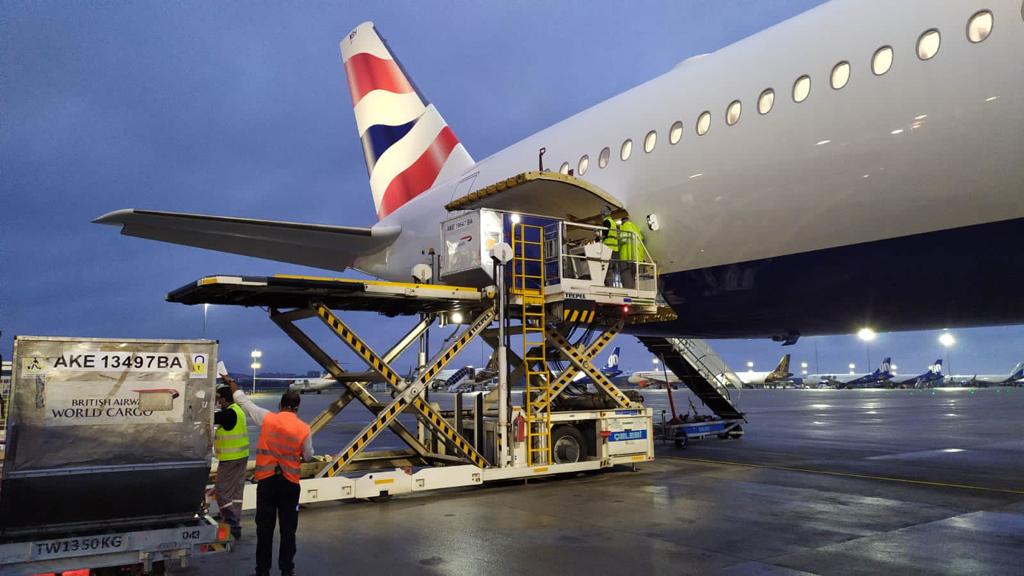 IAG Cargo has transported its heaviest A350-1000 bellyhold cargo load on a single flight Bangalore to London Heathrow.

The carrier said the cargo, which amounted to 48.5 tonnes, was the most cargo it has carried on the aircraft type.

Perishables including baby-corn and other fresh vegetables, as well as automotive parts and pharma goods, were transported on the flight.

The record load was carried on a British Airways flight, which was operated as part of IAG Cargo’s cargo-only service.

The carrier launched its cargo-only schedule at the onset of the pandemic to facilitate perishables, pharmaceuticals and automotive supply chains.

Ankush Chawla, area commercial manager for South Asia at IAG Cargo, commented: “This achievement comes less than a year after the India team moved over 50 tonnes on a B777-300.  I extend my thanks to our dedicated people who have continued to show exceptional resilience and commitment throughout the pandemic. Together we have continued to generate efficient solutions for our customers across the world, keeping global trade moving.”

In March this year, the carrier uplifted 53.8 tonnes of goods on a cargo-only flight, from Nairobi to London, on a British Airways B777-300 aircraft. IAG Cargo said this flight carried its heaviest cargo load for this aircraft type on a single cargo-only flight.