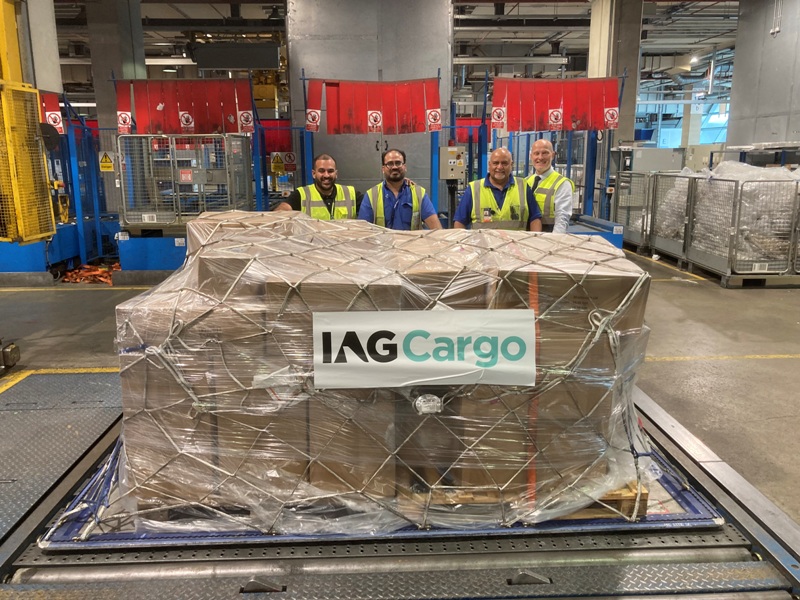 IAG Cargo has donated air cargo capacity to transport aid to Pakistan in response to the devastating floods that have hit the country over recent months.

The cargo division of International Airlines Group (IAG) said that it had flown more than 34 tonnes of aid, including medical support and clothing to Islamabad for onward transportation.

The floods are the result of heavy monsoon rain fuelled by climate change and have resulted in the deaths of more than 1,600 people while 33m have been affected.

The largest single movement of aid weighed eight tonnes, which was flown on September 25, and included non-perishable food, tents, clothing and medical supplies.

All aid transported has been donated by the IAG Group’s charity partners, including Football for Peace and Khalsa Aid.

A further 21 tonnes of aid will be flown to Pakistan over the next few weeks.

John Cheetham, chief commercial officer at IAG Cargo, said: “We have all seen the devastating impact of the horrendous floods in Pakistan that are impacting the lives of so many.

“The air cargo industry has always played a key role in providing the rapid response humanitarian crises require and I’m pleased that with the support of the teams at IAG Cargo, British Airways, and charities including Khalsa Aid and Football for Peace we’re able to contribute towards the significant relief being given to those in need.”

Carrie Harris, director of sustainability at IAG-owned British Airways, added: “Everyone at British Airways is deeply saddened by the humanitarian crisis in Pakistan and our thoughts are with everyone affected.

“As well as working with IAG Cargo to offer the free transportation of vital emergency aid, we have also redirected the funds raised from our onboard collections to support the relief efforts in Pakistan.

“In just four weeks our customers and colleagues have generously helped raise over £176,000 for the Disasters Emergency Committee’s Pakistan appeal.”