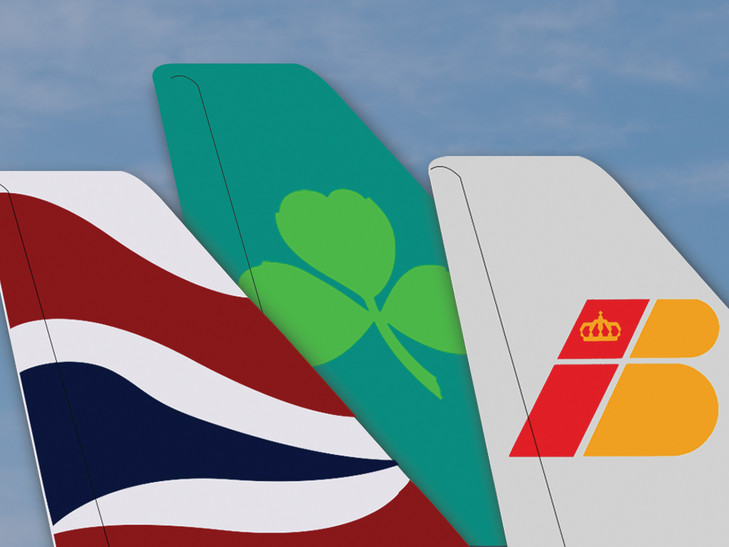 IAG Cargo adapted to an "unexpectedly buoyant market" in 2017, following a "competitive trading environment" in 2016.
Announcing its full year results for 2017, IAG airlines group, which includes British Airways, Iberia and Aer Lingus, reported that cargo revenue for the full year 2017 increased by 8% at constant currency to just over €1bn, with volume measured in tonne kilometres (CTK) increasing by 5.6% on a capacity increase of 4.8%.
The company stated: "Following a competitive trading environment in 2016, IAG Cargo adapted to an unexpectedly buoyant market in 2017 particularly in the second half of the year"
It added: "Trading conditions were challenging in certain regions, however benefitted from a strong performance in Asia Pacific, following a weak performance in the same period last year.
"Yield benefitted in the final part of the year as demand on key IAG Cargo markets exceeded supply. Strategic focus continued to be on premium products, investing for growth and modernising the business."
Lynne Embleton, chief executive at IAG Cargo, commented: “The market improved throughout the year, culminating in a very strong fourth quarter. We handled large volumes across each of our hubs and demand for our premium products was particularly high.

“Our non-off-loadable Critical product saw sustained growth over the year and was the preferred method of shipment for a huge variety of goods ranging from oil and gas equipment to spices and dried fruit in the run up to the festive period.
“Building on the early success of Critical, we launched Constant Climate Critical in July, extending our most urgent, time-sensitive product to the pharmaceutical sector. This has enabled thousands of emergency medical shipments, including vital vaccines and lifesaving medicines, to reach their destination in the swiftest and most secure way.
“In parallel with product innovation we have continued our customer focus. The launch of FWD.Rewards in May 2017 saw us pioneer a loyalty programme that rewards small and medium sized freight forwarders through points that are redeemable against flights, hotels and cargo credit. Nine months on from its launch, we have more than 1,000 customers participating in the scheme, which continues to go from strength to strength.
“As 2018 progresses, our emphasis on digital, technology and investment for growth will be key as we continue to focus on delivering the best possible service for all of our customers.”