IAG Cargo looks to benefit from new US flights 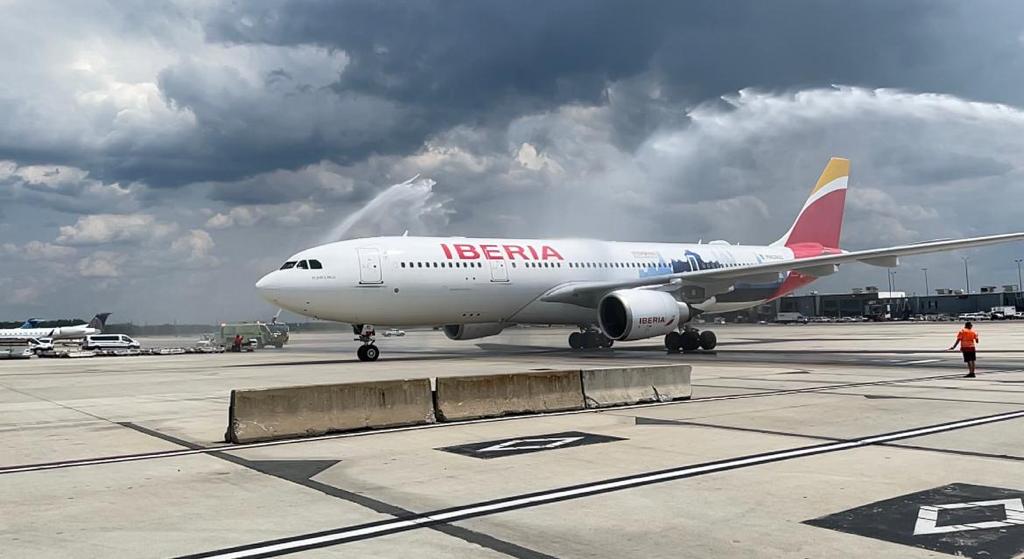 IAG Cargo is hoping to benefit from additional bellyhold cargo capacity on the transatlantic as sister company Iberia adds more flights to the US.

Iberia flights to Dallas and Washington DC arrived on June 1 from Madrid Barajas airport, with the new flights welcomed by way of a water cannon salute.

The new routes will operate four-times per week utilising Airbus A330-200 aircraft, which have a capacity of around 20 tonnes of cargo.

Popular commodities transported between the regions include electronic parts and textiles, as well as industrial goods and machinery, IAG Cargo said.

Pravin Singh, vice president commercial, Americas at IAG Cargo, said: “It is always exciting to see IAG Cargo launch a new route, so two new routes between Madrid and the US is even better and provides our customers with further opportunities to move their cargo between the regions.

“The launch of the new routes between Madrid and Dallas and Madrid and Washington DC highlights IAG Cargo’s commitment to offering our customers accessibility into new markets and expanding our wide-body network across the globe.”

The airline group, also ramped up flights between Spain and North America earlier in the year.