IAG Cargo revenues down but yields up in ‘unprecedented’ market 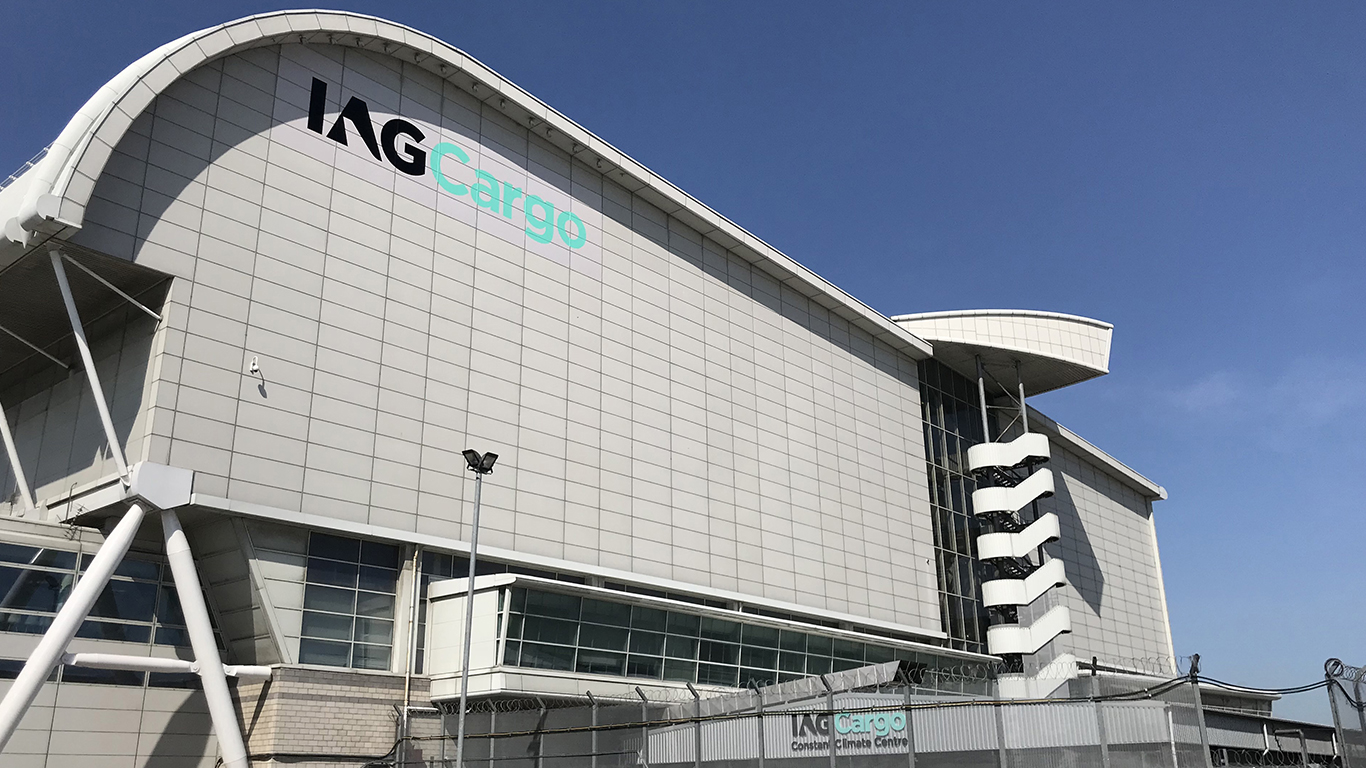 “In January and early February our performance was solid; Europe and Latin America were stable, there was a noted dynamism in North America where our premium products were performing strongly and the Asia Pacific region showed promise for the year ahead.

“However, like many global businesses with an active Chinese market, IAG Cargo felt the impact of the Covid-19 pandemic early. The expected dip in activity around Chinese New Year was followed by a prolonged drop in manufacturing which continued throughout February and March as the coronavirus outbreak took hold. This saw our Asia Pacific and Middle East business affected the most with a 19.2% revenue decline versus the same period last year.”

On the capacity front, the cargo business noted a decline of 13.8% versus the first quarter of last year.

“The majority of air cargo arrives into Europe in the bellyhold of passenger aircraft. When large numbers of passenger flights were suspended, IAG Cargo took immediate steps to provide creative solutions for our customers,” said Embleton.

“We adapted quickly and we were one of the first airline groups to announce scheduled cargo-only flights using passenger aircraft. In doing so we have kept routes around the world open to cargo.

“Our commercial team were also quick to establish and communicate charter opportunities; offering our customers and governments a further solution for their capacity requirements.

“The first quarter of 2020 has posed unprecedented challenges – for the air cargo industry, for businesses, and for society at large. It has called for adaptability, resilience and co-operation. The essential role that IAG Cargo performs; maintaining vital supply chains and supporting global trade has never been so visible or more evident.”

The overall IAG group posted a €535m operating loss before exceptional items in the first quarter — compared with a €135m profit for the same period last year. That loss spirals to €1.9bn when exceptional items relating to fuel and foreign currency hedges are included.

The airline said that it aims for a “meaningful” return of services in July.

Passenger capacity has been cut by 94% since late March across the group, which includes British Airways, Iberia, Aer Lingus and Vueling.

British Airways has already begun consulting on a restructuring programme which it warns could result in up to 12,000 job losses. 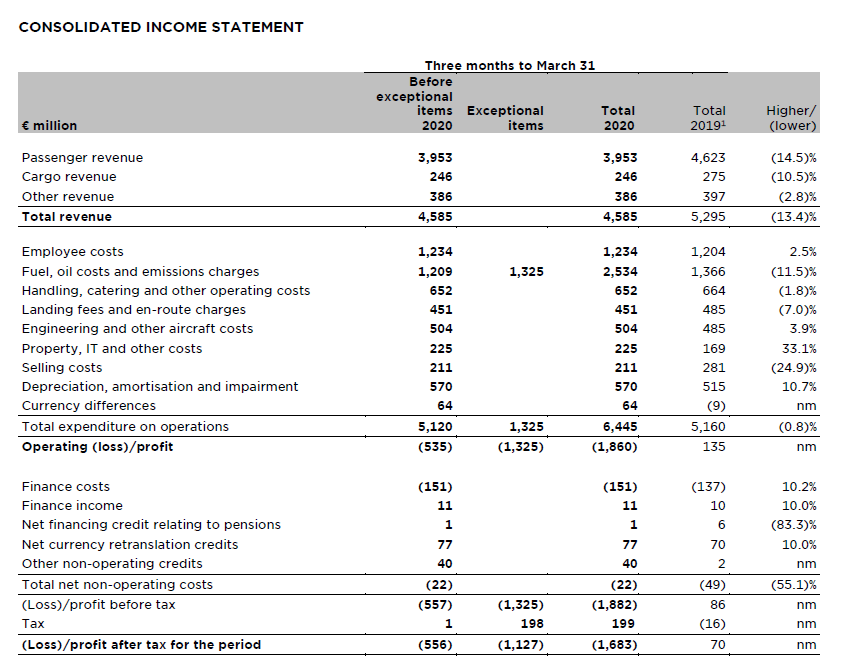