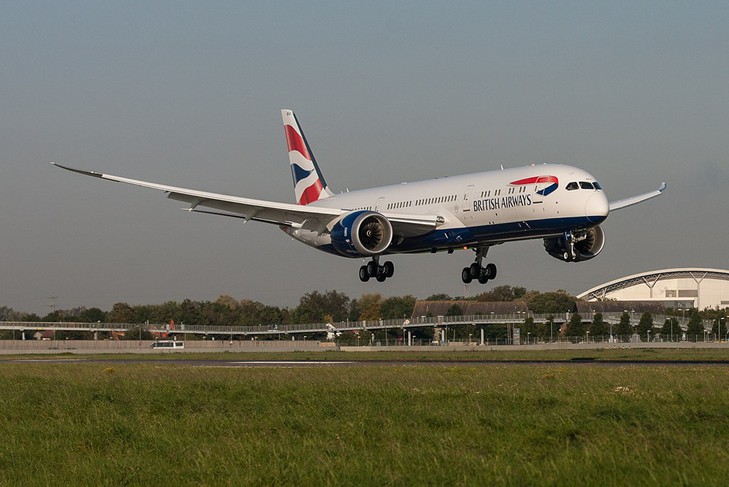 IAG Cargo will look to further embrace technology to create efficiencies and improve its product offering in the year ahead in order to offset the current market conditions.
Speaking shortly after the carrier revealed its 2016 full-year results, IAG Cargo chief executive Drew Crawley and head of commercial David Shepherd revealed that the carrier planned to launch a new website and booking portal over the coming 12 months and also to invest in a new warehouse management system as it looks to create efficiencies and develop its customer offering.
“Our website is being re-launched in the next month or so and we are also developing application programming interfaces (API) so that those companies that want to interact with us directly through our website by linking that into their technology can do so,” said Crawley.
Shepherd added: “With the new website we have tried to look for a level of simplicity that makes it straight forward and easy for a customer to look for our availability, see what price they can book at and then easily make that booking without engaging in a more manual way.
“For the smaller customer that hasn’t invested in the IT infrastructure, they need to provide e-AWBs, for example, they are going to be able to do that automatically through this website as well.”
Another area of investment on the technology front is in a new warehouse management system, which comes ahead of the opening of an expanded premium product warehouse in 2018 that will double the size of its existing facility.
Crawley said: “We are introducing a new warehouse management system in the existing facilities so our colleagues get used to it and are able to hit the ground running when we open the new facility.
“This will enable us to better track where customers freight is, better optimise the way that goes through the warehouse and eventually we hope offer new products and services to customers where they will be able to pick up freight earlier or drop it off later because we have cut inefficiency out of the system.”
The company is also expanding its customer loyalty programme across all airlines in the group and not just British Airways through investment in a new technology.
While these investments are helping to improve the service customers receive, they also drive cost out of operations by removing paperwork.
Said Shepherd: “Every e-AWB that gets booked generates a huge amount of paperwork so just on the e-AWB side that’s massive, but clearly, whether it is from a customer’s side or our side, the more we can take bookings online the more it is going to streamline our business and their business and make us more efficient than we were before.”
Crawley added that booking online would also help remove the number of errors made when placing filling in paperwork, and reduce the amount of effort required to fix these errors.
Another area of expansion for the carrier this year is in its partnerships with freighter operators.
At the moment, IAG has partnerships with Qatar, Etihad and DHL. The carrier expanded its deal with DHL at the start of the year.
Said Crawley: “We have been working with DHL in Europe, providing European feed across our London hub.
“That has expanded into providing feed into some of our services in Asia and the Middle East, which is new this year and is working very well.
“We will continue to do this because we want to go to our customers and offer them a one-stop shop for the network requirements they have and where we don’t have a piece of network in our existing company portfolio we will provide that through partnership relationships.”
Looking at performance last year, IAG’s cargo division, representing British Airways, Iberia and Aer Lingus, reported a decline in full-year revenues of 6.6% year on year in 2016 to €1bn, while tonnes of cargo carried were down 2.9% to 849,000 tonnes.
The decline in tonnes comes despite an increase in cargo tonne km, up by 3% to 5.4bn, effectively meaning the airline group carried less cargo than in 2015, but over a longer distance.
Shepherd said this was down to the group’s ability to consolidate cargo.
“We are now moving so much business out of Asia that we are moving consolidated pallets out of Asia to London and then down to Madrid, de-consolidating in Madrid and then sending to potentially 10-15 different destinations in a way that I don’t think anyone else can actually manage.
“When we now sell one or two tonnes of freight it flies a lot further than it was before. So we are flying fewer tonnes because instead of making two sales we’ve made one.
“From a revenue management perspective it makes good sense to do that and it’s offering the customers a proposition that they can’t otherwise buy in the market place.”