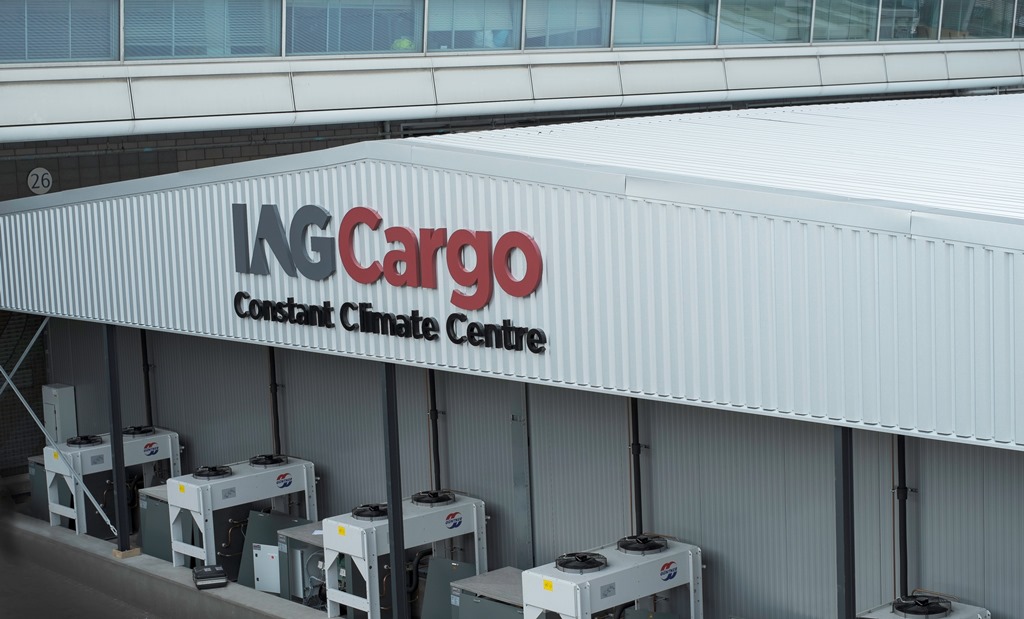 IAG recorded a double-digit percentage decline in cargo revenues during the second quarter of the year despite an increase in demand during the period.
The British Airways, Iberia and Aer Lingus owner this morning announced second-quarter cargo revenues of €241m compared with €274m during the same period last year, representing a 12% drop.
This result came despite a 3.2% increase in traffic to 1.3bn cargo tonne km (CTK) thanks to the acquisition of Aer Lingus in the second half of last year. Cargo revenue per CTK slipped 14.8% year on year to €18.06 cents.

During the first half, cargo revenues were down 6.9% to €503m despite a 1.8% increase in volumes to 2.6bn CTK.
With Aer Lingus figures stripped out, first-half cargo revenues would have declined by the larger amount of 10.7% while volumes would have been flat.
“Cargo yields are down impacted by a market capacity imbalance and from cycling over a strong base, which saw the benefits of the US port strike in quarter one last year. Cargo volumes were broadly flat excluding Aer Lingus, and up including Aer Lingus,” IAG said.
IAG Cargo chief executive Drew Crawley said: “Trading conditions have become more competitive in 2016. Flat demand for consolidated general cargo and excessive freighter capacity in the industry is causing supply to continually outstrip demand.
“These challenges are not solely restricted to airfreight, with increasing competition and capacity coming from road, rail and seafreight, exerting significant price pressures.
“These challenges are not new and despite these conditions, we have grown our revenue share.
“We continue to concentrate on the growth of our premium products, strong cost control and precision management of our capacity and yields.
“Despite the weak demand for general cargo, our premium products are consistently seeing strong tonnage growth and we are further investing in our premium portfolio.
“We have successfully launched several new South American routes this year, which are proving to be strong cargo destinations.
“These routes have been well received by our customers, with volumes being driven from pharmaceutical and perishable sectors in particular.”

IAG chief executive Willie Walsh said difficult trading conditions and the weakness of the pound as a result of the Brexit vote has affected performance.
He said: “Our performance this quarter saw a negative currency impact of €148m, primarily due to the weak pound. Numerous external factors affected our airlines including the impact of terrorism, uncertainty around the UK’s EU referendum and Spain’s political situation and increased weakness in Latin American economies.
“This led to a softer than expected trading environment, especially in June. In addition, the airlines’ operations have been considerably disrupted by 22 air traffic control strikes in Europe so far this year.”
The overall group benefitted from the Aer Lingus acquisition and saw total revenues increase by 4.1% year on year to €10.8bn, operating profits were up 27.9% to €710m and net profits jumped 47.3% to €489m.
However, the weak trading conditions meant it would reduce passenger capacity growth to 4.5% compared with the orginal estimate of 5.5% for the rest of this year.
It is also reviewing capacity and investment plans for next year.
Earlier this week, Air France KLM reported a 15.7% decline in cargo revenues to €1bn for the first half.