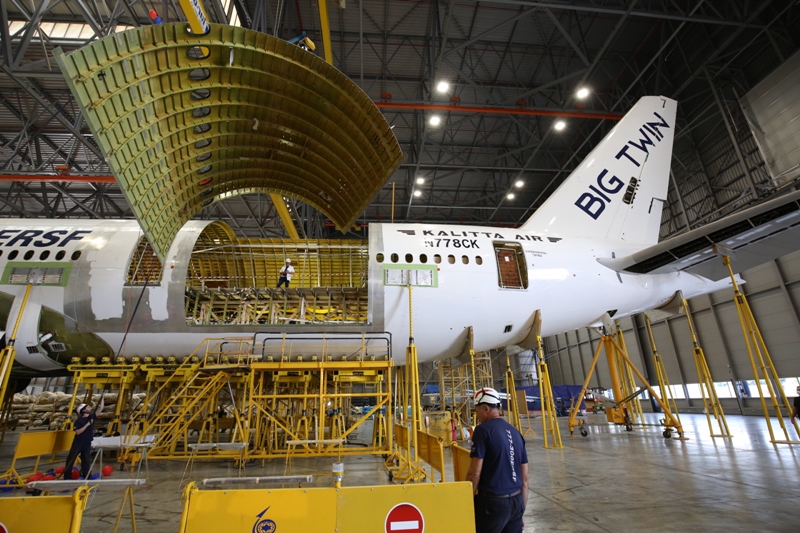 IAI is looking to add two conversion lines in North America to meet demand for its B777 freighter conversion and in response to ongoing cargo demand.

Speaking to Air Cargo News at the Farnborough Airshow, IAI Aviation Group vice president and general manager of marketing Rafi Matalon said that slots at its current B777-300 conversion sites in Tel Aviv and Abu Dhabi – to be joined by Incheon in 2024 – were full until 2026.

The wait time was holding back the company from gaining more orders, he said, and therefore the company hoped to add more lines.

“Right now we are in the process of looking in North America for one or two conversion lines. There is a big demand despite the fact we don’t have the STC,” Matalon said.

“It shows the confidence the customer has with IAI as a world leader in conversions. They are ready to sign the contracts.”

He added: “During 2024 I am quite certain we will open in North America.”

Matalon said the company would also reveal a new conversion line for its B767 model in Europe in the coming months to meet demand for that programme.

Providing an update on the prototype B777 conversion, Matalon said that in the coming months IAI would jig down the aircraft as structural work is completed.

In the meantime, work is continuing on the aircraft systems as new harnesses are fitted and changes are made to the air conditioning system.

“We hope to reach our goal of gaining an STC from the Israeli Civil Aviation Authority by the end of the year,” he said.

US Federal Aviation Authority Approval would follow soon after.

Work on the second conversion is expected to start in the coming two months, while the first conversion for Emirates SkyCargo should get underway at the Etihad Aviation site in Abu Dhabi in April. 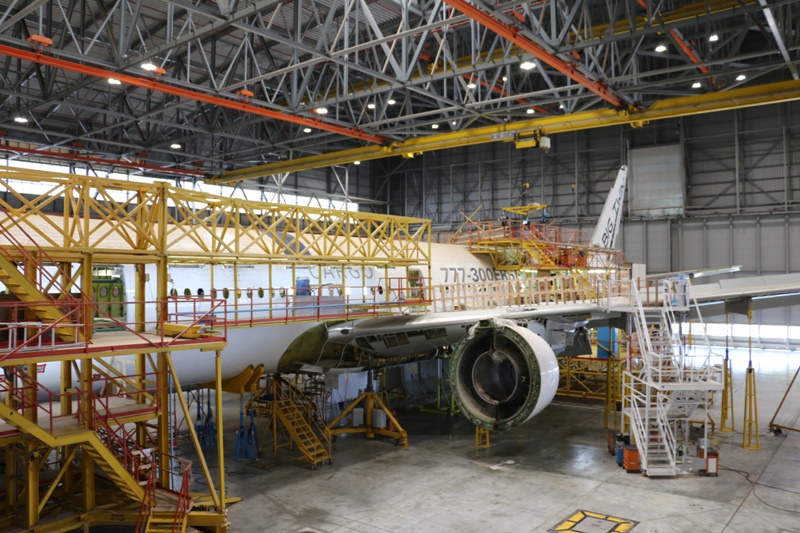 Looking at the overall conversion market, Matalon said he expected only a slight easing in the high demand experienced over the last couple of years, despite the impact of the rising cost of living and the gradual return of passenger operations.

He explained that e-commerce would fuel air cargo demand, while the passenger-freighter operations of the last few years would be replaced by pure freighter flights rather than disappear completely.

“We will see conversion demand reduce a little bit but it will still be more than before 2020 that’s for sure,” he said.

At the air show, the company also announced that it had received the European Aviation Safety Authority (EASA) STC for its Boeing B737-800SF passenger-to-freighter (P2F) conversion programme.

He said this opened up the possibility to attract more European customers.

Its lessor customer World Star Aviation also planned to lease some of the 10 B737-800 conversion orders it had placed with IAI with European airlines.

Work on these conversions would be carried out at sites in China in the coming two months. IAI hadn’t been able to get its teams to the sites to oversee the work because of Covid restrictions.