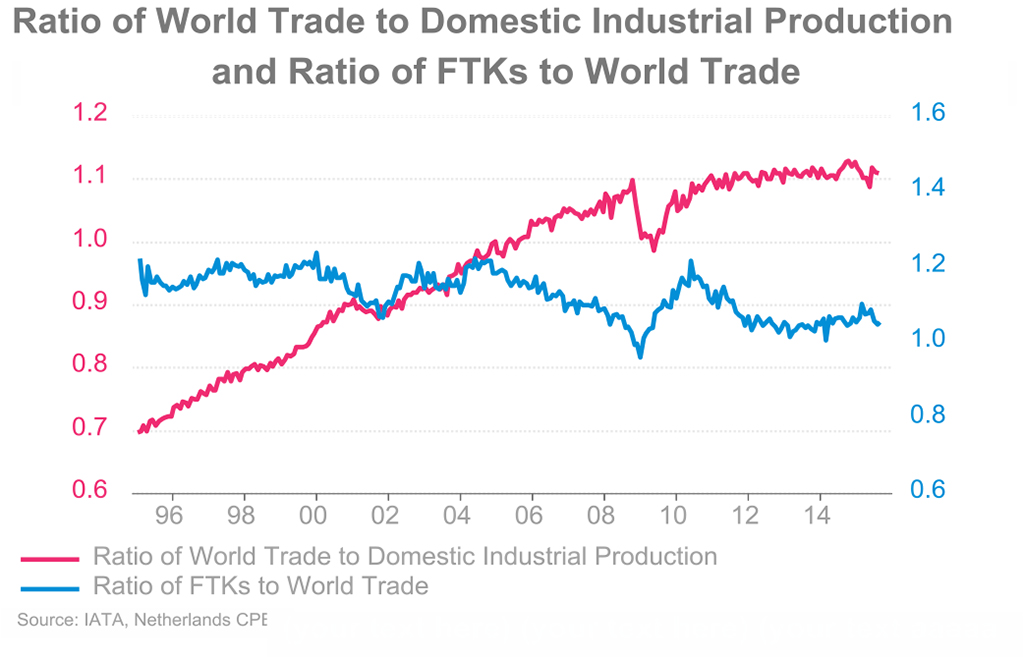 Global airfreight markets showed “very modest growth” in September and “negligible growth” for Asia-Pacific carriers said IATA in its latest cargo data update.
Measured in freight tonne kilometres (FTKs), global air cargo volumes rose 1.0% compared to the same month a year ago.
The statistical evidence echoes that of analyst WorldACD which saw global volumes increase by 1.9% year on year in September while yields picked up by 0.4% on a month earlier.
IATA said that September’s results was a “slight improvement” on the August performance when volumes were broadly stable. Overall, however, air cargo volumes remain 1.2% down from their 2014 year-end peak.
Results varied widely by region, with carriers in the Middle East reporting the most significant growth (7.5%) followed by European (2.8%) and African airlines (2.5%).
Asia-Pacific based airlines recorded negligible growth (0.3%), while capacity expanded 2.1%. The North America market recorded a decline of 3.3%, as did Latin America, down by 6.4%.
All regions reported capacity expansions ahead of growth in demand, taking the freight load factor down to the lowest level since 2009 (43.2%).
Tony Tyler, IATA’s director general and chief executive, said: "Although slightly improved from August, the global trend is fragile, and the improvement is narrowly based. The 2.8% growth reported by European carriers reflects positive trends in trade with Central and Eastern European economies as well as a general improvement in manufacturing in the Eurozone.
“But the largest air cargo region, Asia-Pacific, was only just in positive territory, held down by weak regional trade."
He added: “The weakness in air cargo markets largely tracks anaemic growth in trade. The 12-nation Trans-Pacific Partnership (TPP) was agreed with the intent of promoting economic growth and prosperity by liberalizing trade across participating economies. Trade is the path to prosperity.
“We have high hopes that the TPP will deliver its promised benefits to participating economies with air transport ─ cargo and passenger — playing its role as one of the catalysts for growth."
The regional summaries from IATA are:
The contraction in emerging Asia trade appears to have bottomed out, although China, Korea and Chinese Taipei, among other key economies, are suffering from poor trade growth.
European carriers reported a rise in demand in September of 2.8% compared to a year ago and capacity rose 7.7%.
The European performance looks more impressive considering that volumes for the year to date have been flat. Improvements in Eurozone manufacturing activity and in trade to/from Central/Eastern Europe seem to be finally feeding through to support airfreight demand.
North American airlines experienced a decline of 3.3% year-on-year and capacity grew 4.8%. Despite the poor year-over-year result, volumes in September were up 0.8% compared to August, indicating possibly that anticipated improvement in economic performance for the second half of the year may drive stronger airfreight demand.
Middle Eastern carriers saw demand expand by 7.5%, and capacity rise 12.6%. Although once again the fastest growing region, the increase was 5.5 percentage points down on the average for the year to date. Major economies in the region have seen slowdowns in non-oil sectors, but growth rates remain robust enough to sustain solid demand for air cargo.
Latin American airlines reported a decline in demand of 6.4% year-on-year, and capacity expanded 2.1%. Worsening economic and political conditions in Brazil have led to regional trade activity falling 7% between July and August. Air cargo demand is down 6.8% for the year with no sign of improvement in the months to come.
African carriers experienced growth in demand of 2.5%, and capacity rose by 8.1%. Nigeria and South Africa, the largest economies in the region, have underperformed. Regional trade, however, has held up, and generated increases in airfreight volumes. 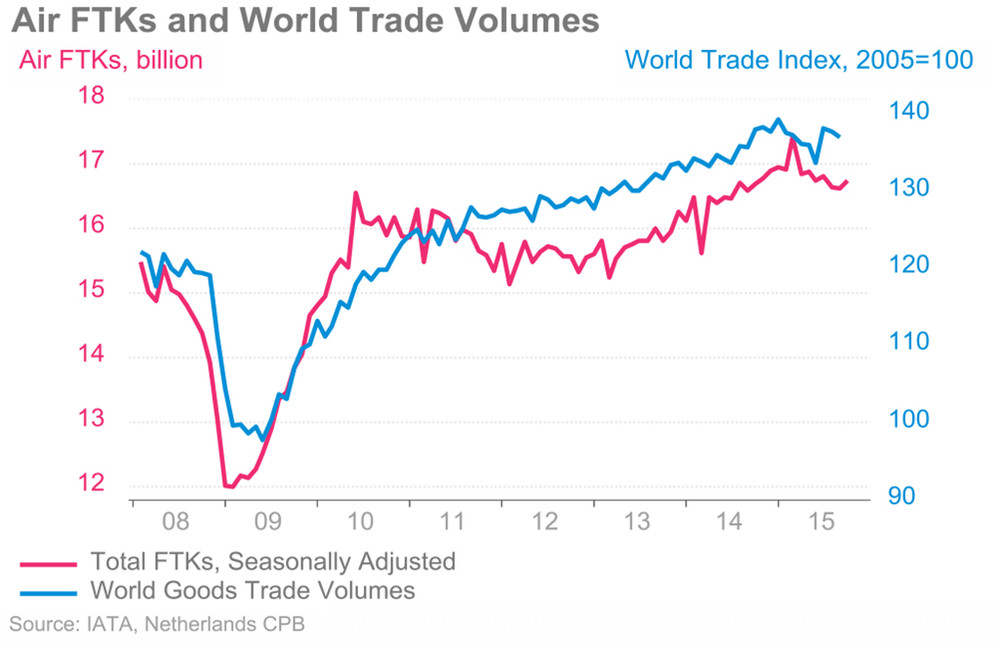