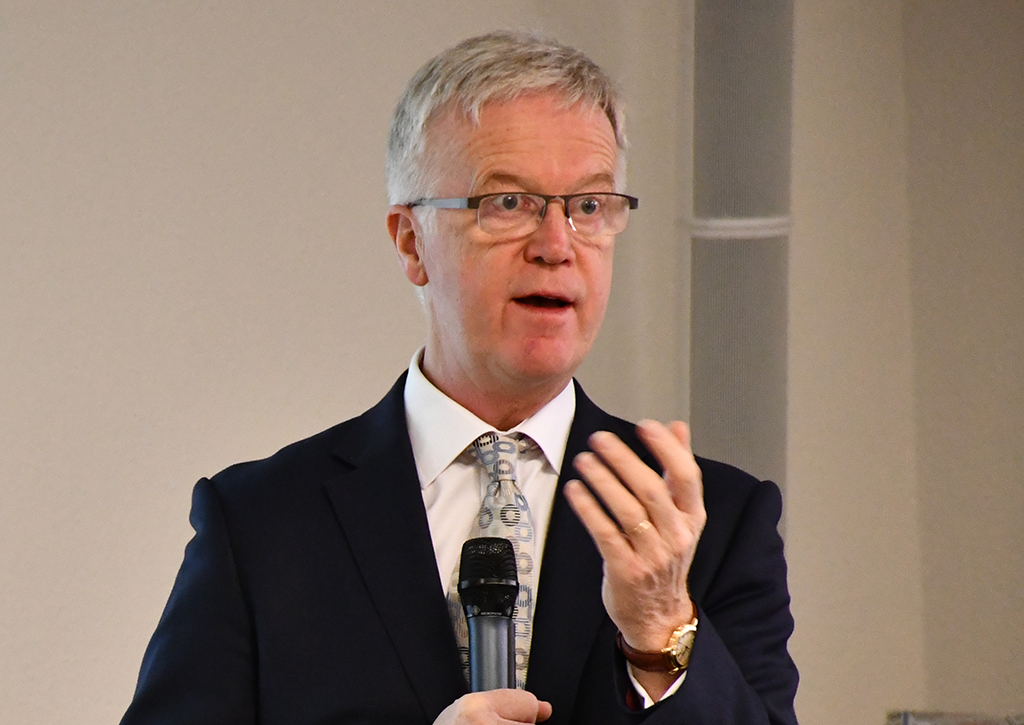 Cargo continues to be the bright spot for the aviation sector, IATA revealed in a conference today in which the association’s chief economist, Brian Pearce, gave a market update and outlined the role of air cargo during global economic expansion.

Pearce explained: “Cargo volumes were hit much less than the passenger business. By July, we saw cargo tonne km (CTKs)  just over 13% lower than a year earlier”. 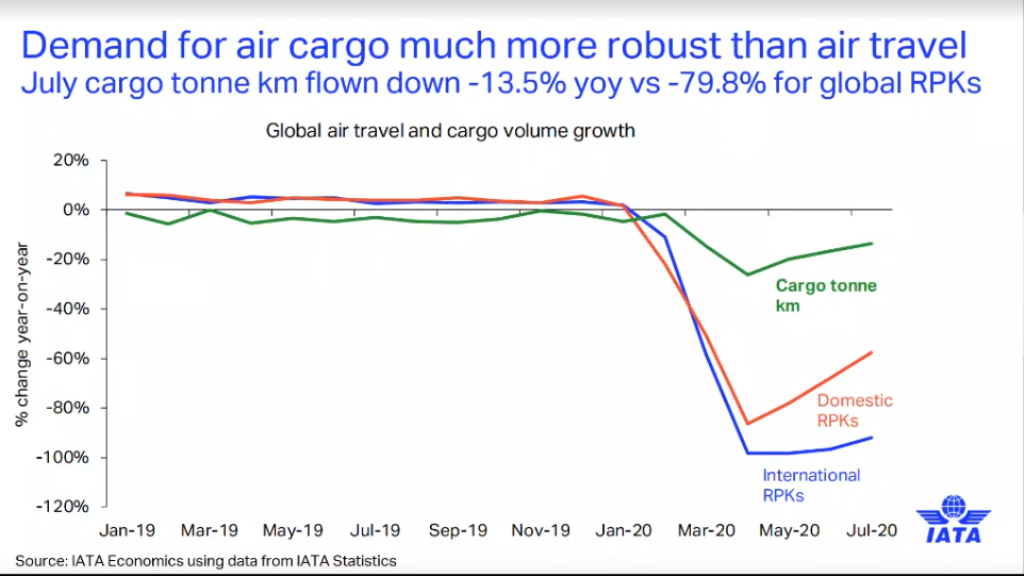 “If we look at what’s happened by trade lane, interestingly this huge variation from the North Pacific market is showing volumes higher than where they were last year versus the North Atlantic where volumes are 30% down,” he noted.

“There is partly a cargo demand reason for this. If we look at trade flows in July, US trade with China was down less than 1% compared with US trade with Germany which was down 13%. So that’s part of the reason, but it doesn’t explain the extent of these difference, which we think are much more related to the shortage of freighter capacity”.

Pearce continued: “The demand for cargo has been driven as governments have unlocked their economies. We’ve obviously not seen that happening with boarders for travel, but borders are open for trade and as economies have unlocked and people have returned to work, we’ve seen a rebound in business confidence”. 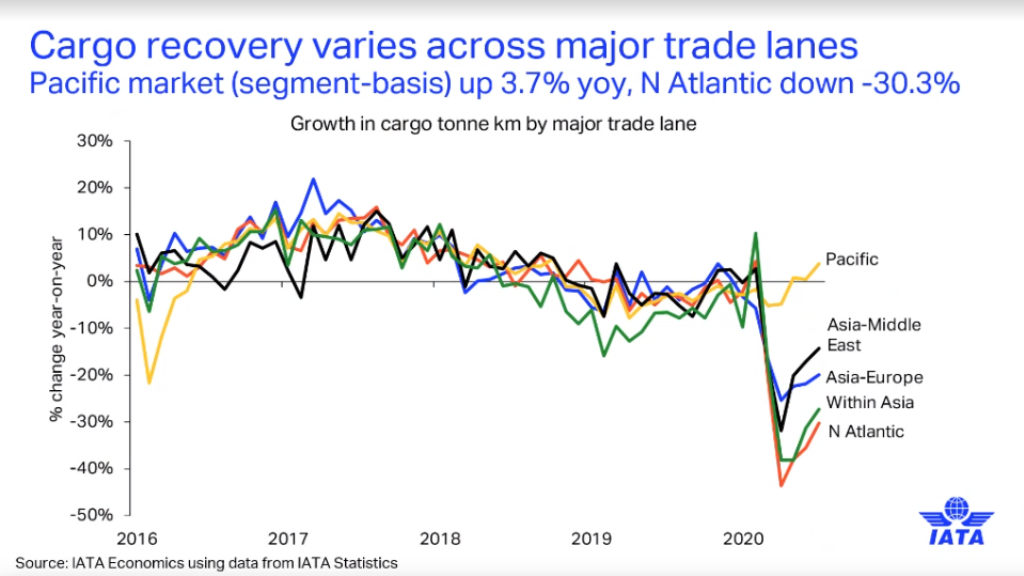 “Business confidence outside of the aviation sector is back to where it was pre-crisis in most of the major economies around the world,” he said. 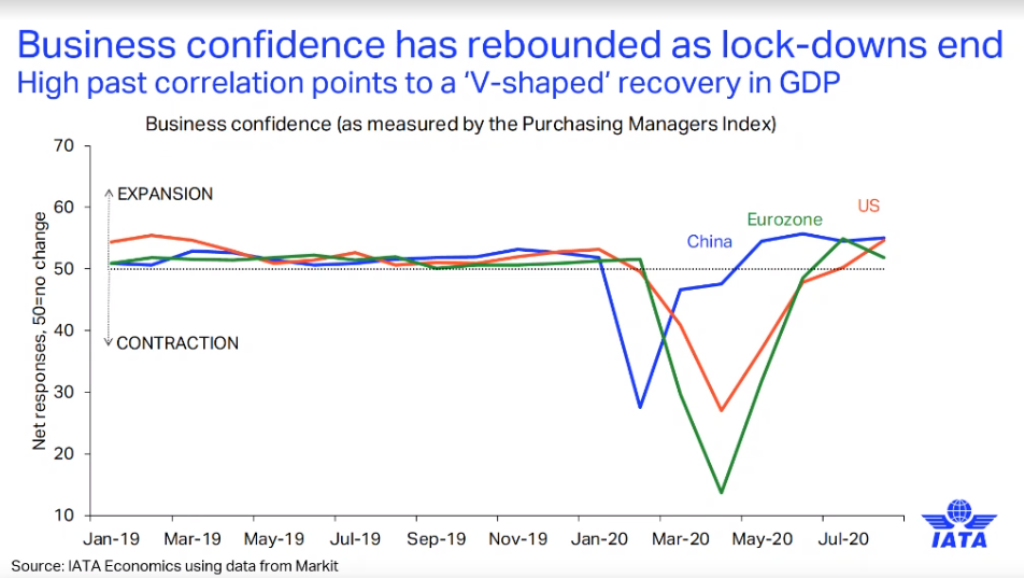 “Effectively we’ve had a V-shaped recovery in business confidence. If we look at the overall confidence of manufacturers who are a critical driver for air cargo, you can see from the red line that their confidence has rebounded very sharply. You can also see that that has been closely related to the growth of output for the manufacturing sector. That tells us that there’s likely to be a V-shaped recovery in economic outputs. That’s good for cargo demands.” 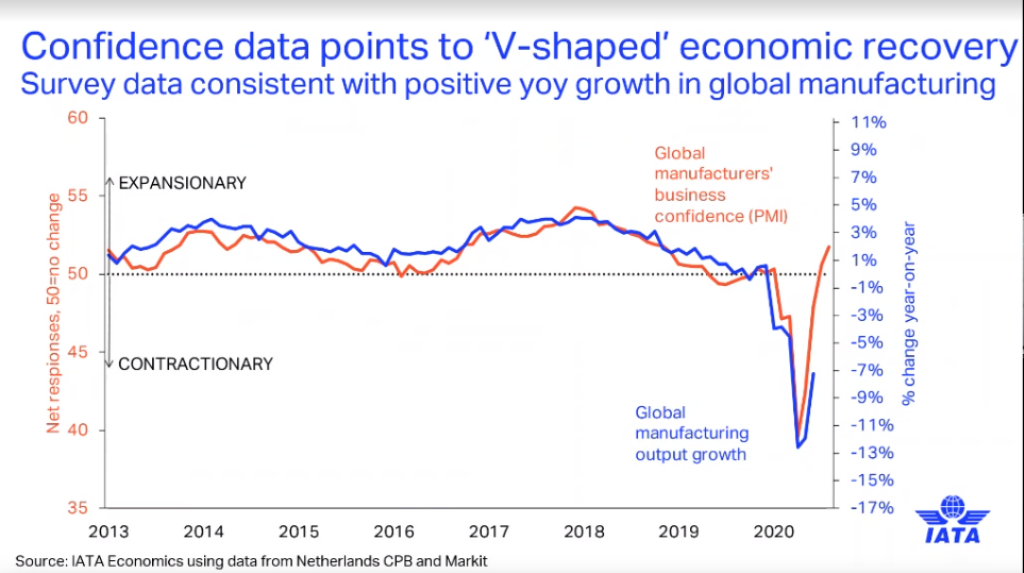 Looking into how and when  the air cargo sector is likely to recover, Pearce said: “Cargo is following a fairly typical recession recovery cycle, unlike the air passenger business which clearly has been hit by an unprecedented shock. In a recovery period for the world economy, which is what we’re entering now, typically companies turn to air as their preferred mode of transport to get inventory, components, production and facilities going as quickly as possible to supply recovering demand”.

He added: “If we look at how cargo is being carried on specific trade lanes, you can see the importance of freighters”. 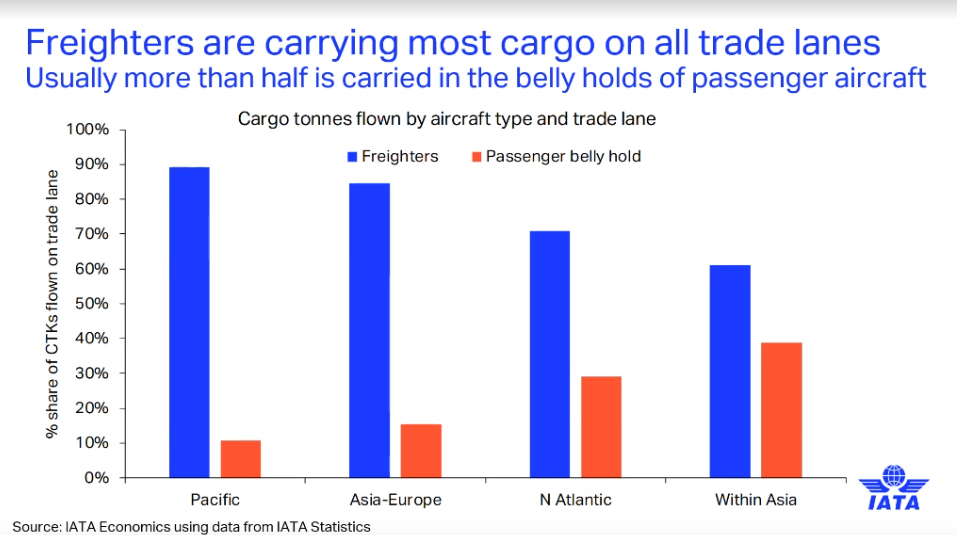 Pearce continued: “If we look at what’s happening to the capacity side of the cargo business, clearly the freighter fleet is being utilised probably as much as it can be, given that the rise in daily hours that we’ve seen happen over the last few months. Record highs in that freighters are in the air serving demand.” 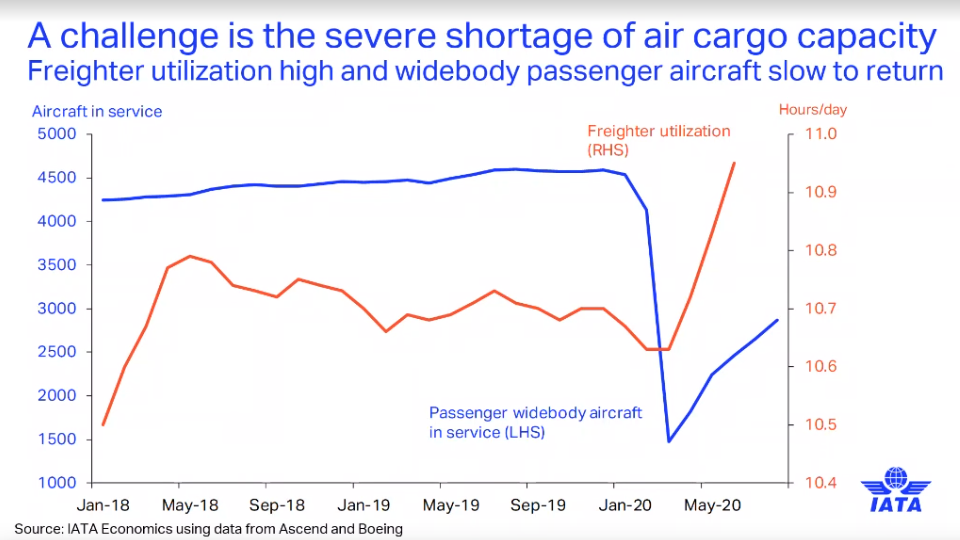 “A problem was the grounding of passenger fleets, particularly widebody aircraft, which are typically used on long-haul passenger routes. There clearly has been some use of passenger aircraft for cargo, but that’s still a serious constraint”.

Pearce’s market outlook was followed by a presentation by Glyn Hughes, IATA’s global head of cargo, that explored the current challenges faced by the industry — such as the transportation of anticipated Covid-19 vaccines — and how they can be overcome.