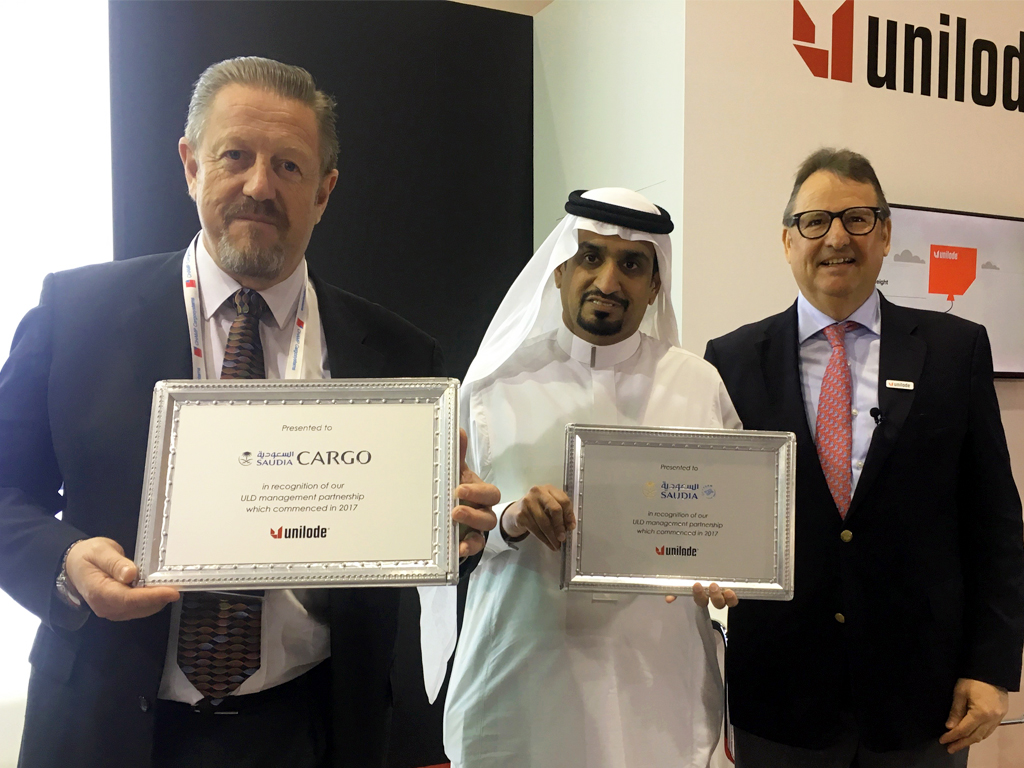 ULD management and repair specialist Unilode has signed a deal to handle 21,000 units belonging to Saudia’s passenger and cargo divisions.
The management and repair contract is the first big win announce by Unilode since it changed its name from CHEP Aerospace after it was bought by Sweden’s EQT Infrastructure in November 2016. The deal was announced at the WCS17 in Abu Dhabi.
Unilode president Ludwig Bertsch said that the Saudia contract pushes the management company’s global ULD fleet to 120,000 units when the deal with the Middle East passenger and freighter carrier is finalised at the beginning of April
Unilode has two existing contracts in the Middle East, a management and repair contract with Gulf Air, and a repairs contract with Qatar Airways.
As part of the new contract, Unilode will open a repair station in Jeddah, bring its total global network to 31.
Together with its largest rival, Jettainer, Bertsch estimates that the total outsourced fleet is around 200,000 units or 20% of the total market. Some observers feel that a the market would bear a 60% share, providing further opportunities for the ULD lessor/management/ repair sector.
For Saudia, which put the ULD management business out to tender, the benefits of having a pooled pallet fleet and dedicated ULDs the ones of cost and asset utilisation efficiencies.
Unilode is currently talking to two unnamed airlines about the pooling specialist equine equipment, or flying stables, and Bertsch expects to announce a deal "in the course of this year".