Some 40% of shippers unaware of dangerous goods regulations 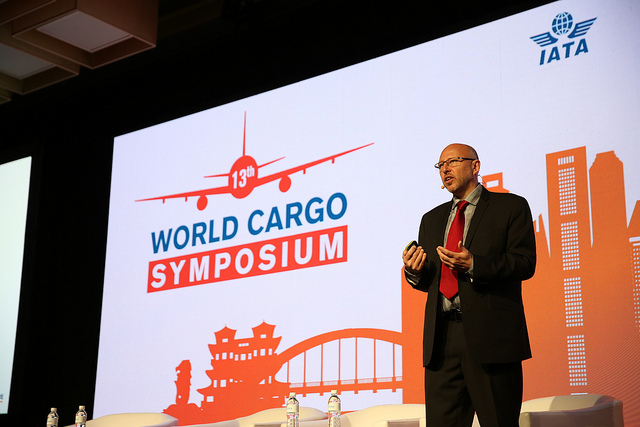 A large number of shippers, some 40%, admitted to being unaware of the dangerous goods regulations governing airfreight.

That statistic, drawn from the latest IATA shipper survey, was described as “a very alarming figure” by IATA’s head of cargo, Glyn Hughes, when outlining the survey results at the World Cargo Symposium (WCS) in Singapore.

Hughes made the point that there are millions of smaller shippers opening up every year, due to the growth of e-commerce, who need to be made aware of the rules applied to dangerous goods, for example lithium batteries.

He added that IATA is engaging with e-commerce platform providers to make sure that the message on dangerous goods is spread to such shippers.

Hughes said that it was very important to identify “rogue shippers” misdeclaring lithium battery shipments “to make sure that don’t gain entry to the supply chain”.

In a later session, Atlas Air Worldwide executive vice president and chief commercial officer Michael Steen said that one way to help improve the situation would be to criminalise misdeclaration. He pointed out that misdeclared dangerous goods endangered people’s lives.

Adriana Diener, global managing director, freight and logistics, Accenture, echoed Hughes’ comments that often the shippers were just unaware of the rules. She would like to see shippers fill in a questionnaire when they place a booking that would stipulate the regulations to ensure they are aware of them and that their shipment meet the requirements.

IATA’s shipper survey, conducted every two years, canvassed 400 respondents on their market forecast for 2019, with 52% predicting growth in their use of air cargo this year compared with 2018.

Hughes said that this demonstrated some “optimistic green shoots” about the air cargo market at a time when IATA had scaled back its prediction for airfreight growth to 2% in 2019.

And while the survey found 16% of shippers were “extremely happy” with their air cargo services, some 8% said that they were “very unhappy” with the performance of the industry in delivering their goods.

However, many of those shippers referenced the poor performance at the end of 2017, when an unexpected surge in airfreight volumes saw massive congestion and consignment delays.

Hughes said that this negative survey result reflected an focus on a historic issue rather than “systemic problems” in the air cargo supply chain.

Some 29% of respondents think that the air cargo industry is dealing “adequately” with e-commerce shipments.

Overall, the shipper survey gave the air cargo industry a customer satisfaction mark to seven out of ten, the same as two years ago.