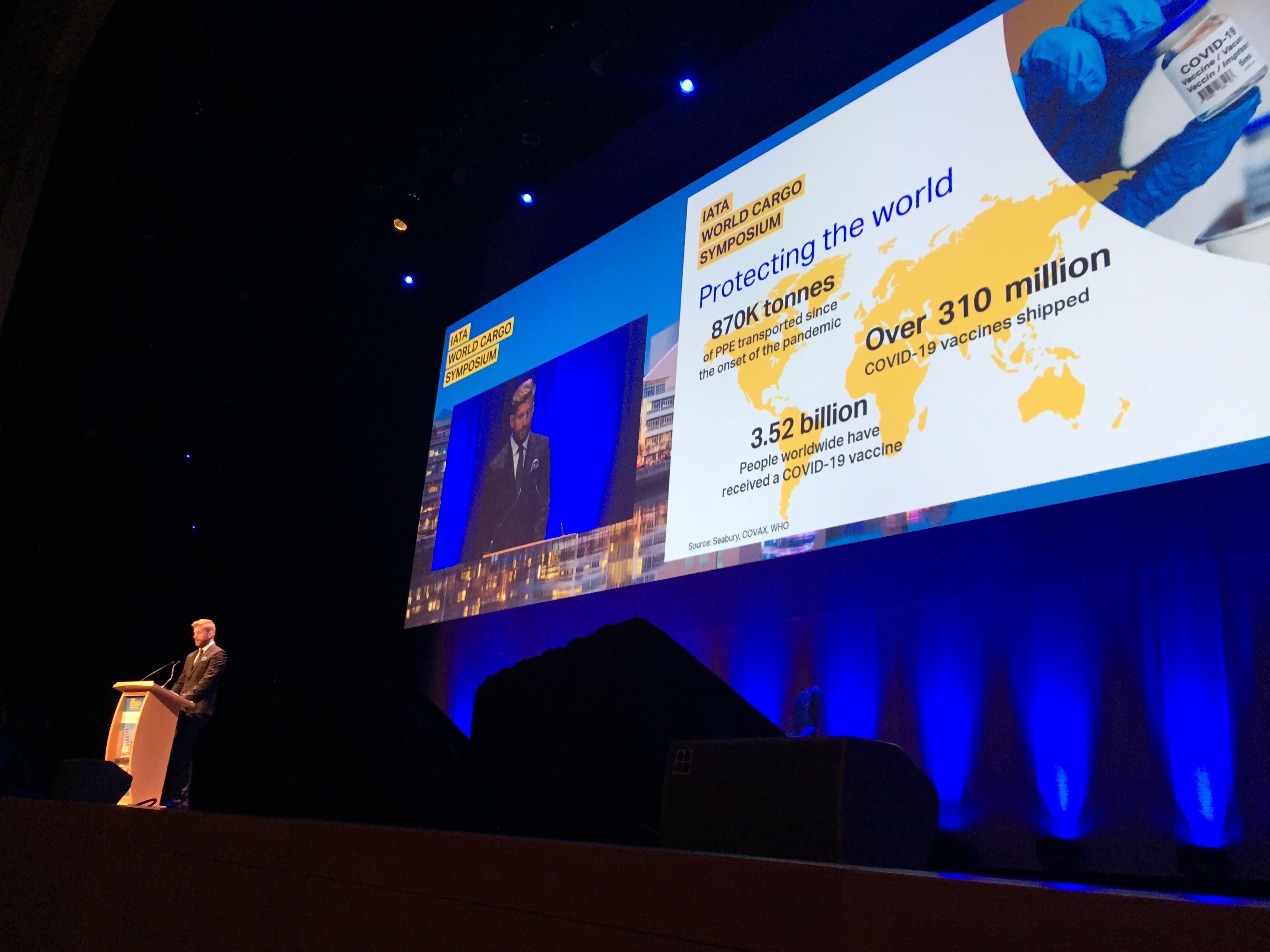 Speaking to the press after the opening session of the IATA World Cargo Symposium in Dublin, Walsh re-iterated comments made earlier in the day that the air cargo sector had grown in importance to the airline industry over the last couple 18 months as many carriers found themselves reliant on cargo revenues to keep them from going under.

Walsh pointed out that cargo as a portion of overall airline revenues had averaged at around 12% pre-crisis but this year was set to reach 37%. Next year it is expected to remain above 25%.

Asked if this new found appreciation would ebb as passengers began to return to the skies, Walsh was adamant that cargo’s importance was a “permanent shift”.

“In the past, decisions that have favoured passenger have often gone against the interest of the cargo business,” he said, pointing to airlines ordering the A380, which offers minimal cargo capacity, as one example of this.

“Going forward I think cargo will have more of an input into both the aircraft decisions and the network decisions.

“One big question that is still unanswered is whether you will see passenger airlines going back to having dedicated freighters.

“A lot of passenger airlines retired their freighters and got out of the dedicated freighter business and I think there are probably some options available to re-enter that market.

“I think there will be a change in the way decisions are made and I suspect that will be a structural shift because people have clearly seen the significant value of air cargo to the airline industry.

“But with the shift we have seen recently the appreciation amongst airline management teams is a lot greater and I believe it is a permanent shift.

IATA’s new head of cargo Brendan Sullivan added that the air cargo industry should take advantage of the current momentum.

He also said that governments increasingly recognised the importance of air cargo following the industry’s role in moving PPE in the first few months of the pandemic and later transporting Covid-19 vaccines.

Sullivan said: “In order to capitalise on the momentum we need to focus our attention on a few key prioritise rather than take an overly broad approach because there are certainly many challenges we could look at.

“Lithium-ion batteries is one and that is one we can take to the governments as a whole because it is not just a civil aviation issue.

“We can bring attention on the supply chain challenges and why the focal point should not be just on the airline to solve all of these challenges. These are supply chain issues to be solved.”

On digitalisation, Sullivan said that data underpins the industry’s ability to develop from a safety perspective as more data will enhance risk assessments.

He added that IATA had set clear goals on sustainability – earlier this month the organisation committed to net zero carbon emissions by 2050  – and there were other measures air cargo could take to improve on-ground environmental performance, such as electric vehicles and warehouse infrastructure.