WCS17: Airfreight demand on the up but profitability faces headwinds 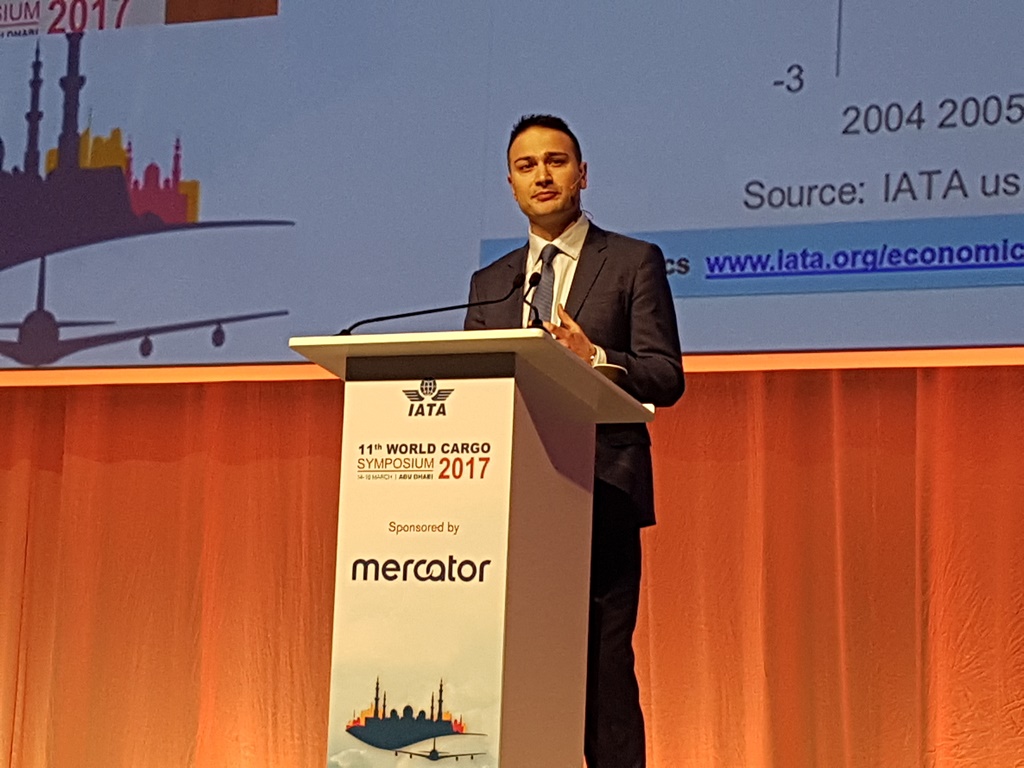 Air cargo demand is expected to grow again this year but airline profitability remains under threat from overcapacity and rising fuel prices.
Providing an economic outlook for air cargo at the IATA World Cargo Symposium, the organisation’s senior economist George Anjaparidze said air cargo demand was expected to see comparable growth compared with last year, when the industry registered an improvement of 3.8% in freight tonne km terms (FTKs).
Anjaparidze said air cargo had been growing ahead of improvements in world trade, which he reasoned was caused by areas that are dependent on air cargo growing faster than other sectors, cyclical affects and one-off factors.
He said that one reason FTKs had outperformed world trade was the speed of growth of the Eurozone, an economy that is heavily dependent on air cargo.
Another structural factor that had helped air cargo was that companies were becoming more reliant on product launches, such as Apple with the iPhone, which require air cargo, stronger growth in e-commerce, and businesses becoming more reliant on just-in-time supply chains that often require air cargo to keep them running when issues arise.
There are also cyclical factors to consider, he said: “When the economy is on an upturn, FTK growth typically averages three to five percentage points above world trade.
“That’s because firms rush to replenish inventories and source components to build up production schedules and that requires air cargo.” He added that in downturns the opposite was true.
He added that the disruption caused by the bankruptcy of container shipping line Hanjin may also have fuelled some extra demand for air cargo in the fourth quarter.
However, Anjaparidze said it was not all good news for air cargo as overcapacity and rising fuel prices would put profitability under pressure.
“Capacity increases in 2016 have continued to outstrip demand,” he said. “One reason for this is the continued delivery of widebody passenger aircraft.
“When looking at new aircraft deliveries in 2016 we find that almost four times as much widebody belly aircraft payload capacity was delivered compared to widebody freighters.
“This is contributing to overcapacity on some trade lanes but not all trade lanes, for instance it is not an issue of the transpacific. However a lot of the newly added widebody capacity is being deployed on the Asia-Europe trade lane.”
On jet fuel, he said that airfreight rates had improved over the year, but not when surcharges, including fuel, are stripped out suggesting that these increases were not keeping track with rising fuel prices.
“Capacity increases have made it hard for yields to keep up with jet fuel prices and if this persists we can see how the profitability outlook will come under further strain moving forwards.”

Brian Pearce to retire from IATA

IATA’s chief economist Brian Pearce planning to retire from the association in July this year, after having served at the…

Singapore Airlines’ (SIA) cargo division has launched a specialised service for the transportation of time- and temperature-sensitive perishable cargos. The…