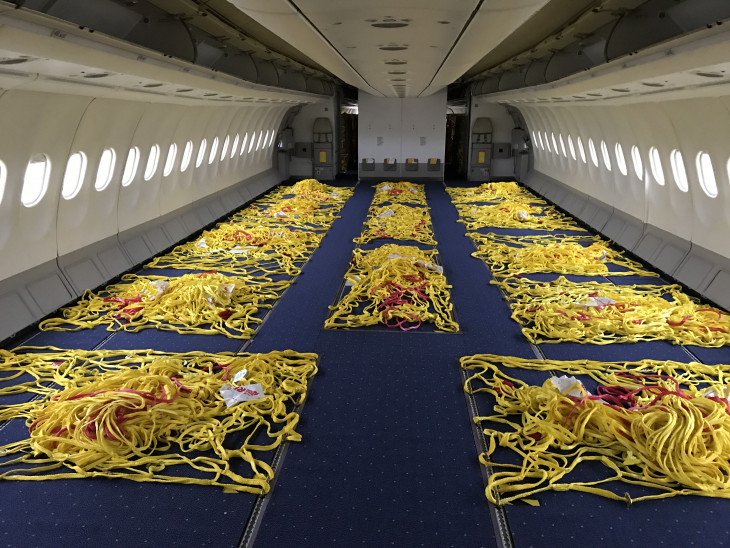 IAG-owned Iberia has introduced its first A330 preighter aircraft as it prepares for the air cargo peak season.

The company said that the A330’s economy and premium economy seats, as well as crew rest area, were removed along with separation panels by its own MRO business.

Carpeting was reinstalled with lights indicating the 33 cargo positions. Cargo will be held in place with netting fastened to floor rails where the seats were anchored. This configuration yields additional carrying capacity of up to 105 m cu or 18 tonnes of cargo.

The aircraft will operate a four-times-per week service between Los Angeles and Madrid.

Iberia’s sales chief María Jesús López Solás said: “We’re expecting an increase in air freight demand in coming months and this in an opportunity we should try to seize. Under today’s circumstances we must adapt better than ever to market demands, and this operation will help diversify our income streams while keeping our staff active.”

IAG Cargo will service these flights. IAG Cargo has been operating cargo-only flights over recent months and also added a charter team. IAG Cargo offers its services on more than 500 aircraft, to more than 350 destinations.