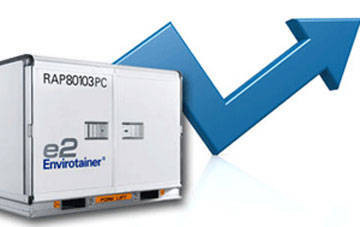 Provisional figures from the International Civil Aviation Organization (ICAO) indicate that 2014 saw global scheduled air freight traffic up by 4.6 per cent.
That is a sharp increase on the year on year rate seen in 2013 (0.4 per cent), as the air cargo industry shadowed the trend in improving conditions for world trade.
Asia/Pacific was the world’s largest air freight market in 2014 with a 40 per cent share in terms of world freight tonne km (FTKs), with Europe and North America coming in at 22 per cent and 21 per cent respectively.
The fastest rate of growth was recorded by Middle Eastern airlines at 11.3 per cent.
The flexibility added by the growth in importance of passenger aircraft belly capacity could well have had a positive impact too, as global aircraft departures rose very sharply year on year, reaching a record 33m flights during 2014, up around one million flights year on year.
Did you find this article of interest, if so why not register for a FREE digital subscription to Air Cargo News? – Find out more