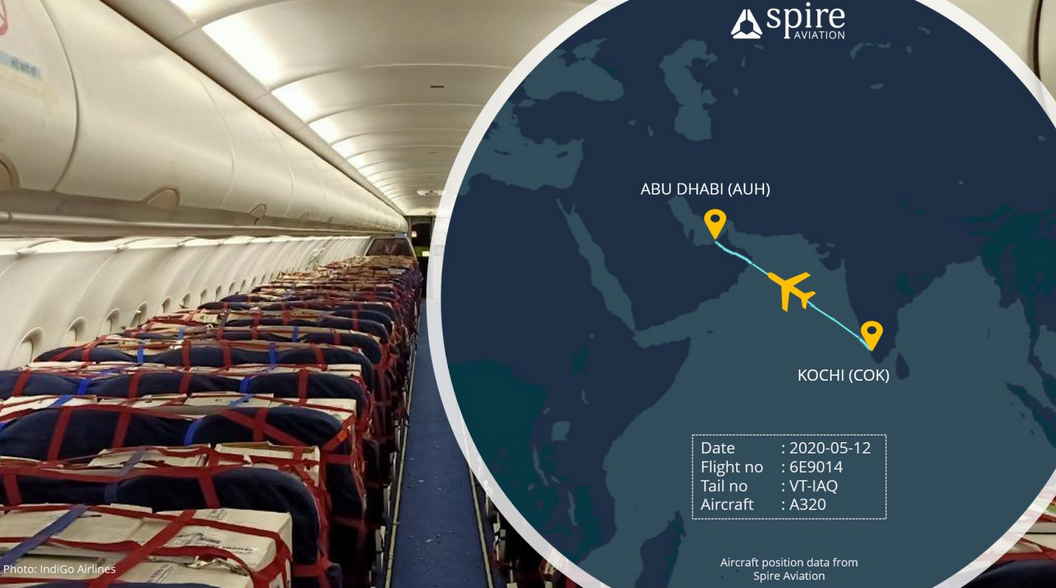 Airline IndiGo has set a new record for the amount of cargo carried on an A320 passenger aircraft.

Data from Spire Aviation shows that the airline broke the record twice in one week, with the second flight carrying 20.2 tonnes, by loading cargo on the seat of the aircraft.

Spire data shows that the first flight took place on May 3 between Chennai and Dubai International carrying just over 19 tonnes.

The second record-setting flight took place on May 12 between Kochi and Abu Dhabi.