Intradco and Turkish Cargo team up to help on lion rescue 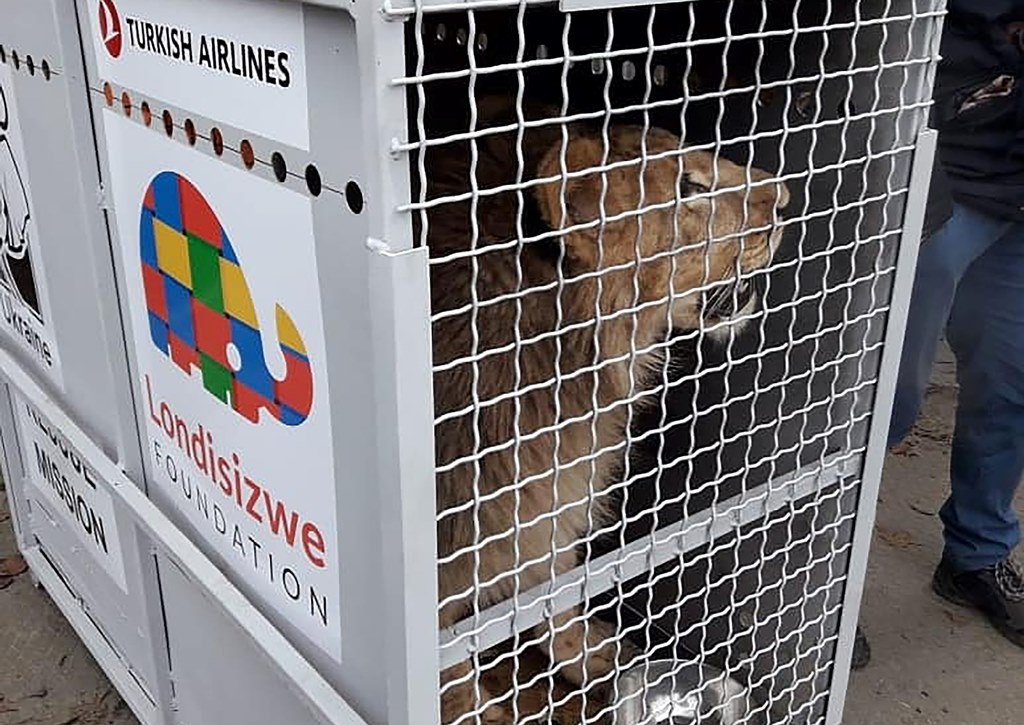 Animal transport company Intradco Global and Turkish Cargo have helped to transport four lions from Ukraine to a game reserve in South Africa on behalf of a non-profit environmental organisation.
Intradco Global co-ordinated the project to move the four lions with the help of Turkish Cargo.
Travelling in the lower deck hold of a Turkish Airways A330 passenger aircraft, the animals flew from Kiev (KBP) to Istanbul (IST), where they were transferred to a second aircraft for their onward journey to Johannesburg (JNB).
The lions were transported in custom designed pallets containing food and water, and accompanied on the flight by a vet, a specialist handler and a representative from the Lawrence Anthony Earth Organization conservationist team to ensure their wellbeing throughout the journey to South Africa.
Intradco worked closely with the Lawrence Anthony team to ensure all permits and certifications were in place for the shipment – including valid Convention on International Trade in Endangered Species documentation.
Born into captivity in a travelling circus and kept in cramped conditions in a small enclosure, twin sisters Charlie and Kai, four, and their younger sister Luca, three, were facing a bleak future until the Lawrence Anthony organisation intervened with the aim of finding them a new home.
A male lion named Nathan was also saved as part of the same operation. The one-year-old cub was kept caged in unsanitary conditions by a trainer who planned to sell him as a performing animal.
Once rescued by the Lawrence Anthony team, the lions were put in a temporary enclosure until a transport solution could be found to move them to the Kragga Kamma Game Park in South Africa – a coastal forest and grassland expanse where the animals would be able to roam freely.
Intradco project manager Dane Riecker said: “We’re delighted to have been of assistance to Charlie, Kai, Luca, and Nathan, and we hope they enjoy their new home.
“We were able to fit them into a lower deck position which allowed us to use a passenger flight with Turkish Airlines, who had the shortest possible connection from Kiev to Johannesburg.
“Istanbul has an animal station that allowed the lions to be fed and watered during the transit period, which really made this route viable.”
Read more animal transportation news
Click here for a free digital subscription