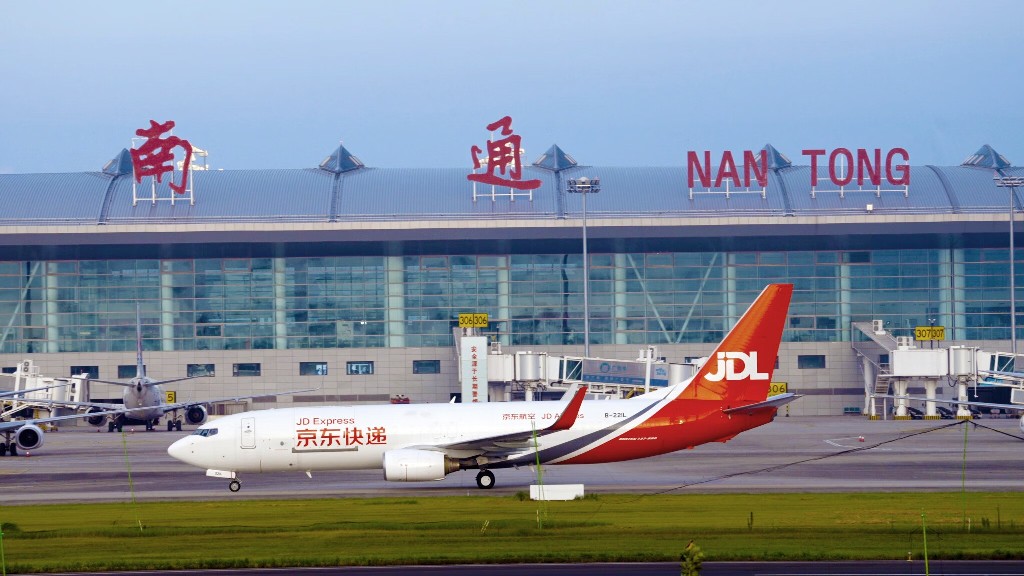 JD Airlines has received an air carrier certificate from the Civil Aviation Administration of China (CAAC) and hopes to expand internationally over the coming years.

The JD Logistics-affliated airline’s principal base will be Nantong Xingdong International Airport.

It will first develop its domestic air cargo around China’s three major economic circles of the Yangtze River Delta, the Bohai Sea and the Pearl River Delta, with a focus on the cities of Nantong, Beijing, Shenzhen and Wuxi.

The carrier will then extend its reach to cities in the middle reaches of the Yangtze River, then Chengdu and Chongqing, and will gradually cover nationwide major cities and Southeast Asia, Japan and Korea and later in Europe, Middle East and North America by the end of 2025.

The airline said it would serve the clients of JD Logistics as well as opening up its capacity to the wider market.

Until now JD Logistics, which is the logistics arm of e-commerce giant JD.com, has been partnering with airlines on its cargo services.

“JD Airlines aims to improve the industry standards for air express service, and has already achieved a coverage rate of more than 95% for its air express delivery service among multiple cities in China.”

The company did not disclose the make-up of its fleet, but said that the aircraft would be able to carry around 23 tonnes per flight.

However, an image supplied by JD.Com (above) shows a B737-800 freighter in the JD Airlines livery and airfleets.net lists two of the model as operating for JD Airlines.

The move comes as JD faces competition from the likes of SF Express and YTO which have already established cargo airlines.

The SF Express fleet stands at 72 aircraft, while YTO operates 10 freighters, according to airfleets.net.