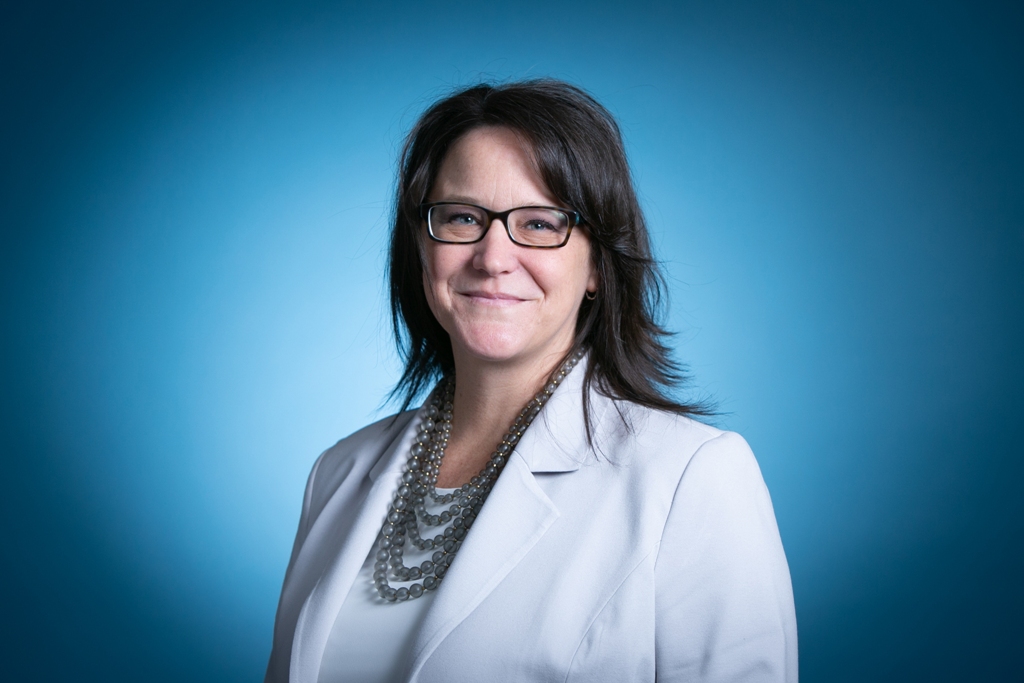 Jessica Tyler, the new president of cargo at American Airlines, knows that accelerated change is coming to the airfreight industry as a result of Covid-19, and that reminds her of important principles from how her mother and father ran their small business.

“For almost 40 years my parents were able to compete with big box retailers and they did it through reinventing themselves, adapting to change and maintaining the customer relationships that were the heart and soul of the business,” she says.

“The pandemic has shone a light on all of the things within the air cargo industry that have needed to change for a long time.

“You have to move quickly and still be aware of what is happening around you, ensuring that you make the necessary changes to stay competitive but at the same time keep those customer relationships alive.”

One of those changes is that American Airlines is now operating a fleet of cargo-only aircraft — albeit passenger aircraft — for the first time in 34 years and it estimates that it will be flying more than 1,000 cargo-only flights in the month of September as freight demand hits a seasonal peak.

Tyler is a mathematics graduate, a former high school maths teacher and a competitive volleyball coach who also worked at Gallup, the polling and management consultancy.

Tyler has been with the US carrier for eight-and-a-half years and now also has the title of vice president of airport excellence at American.

It may sound an odd twinning of roles, but reflects the closer links between cargo and passenger ramp operations post-pandemic.

Part of Tyler’s previous role, working with former American cargo boss Rick Elieson, was strategy and development for cargo, a team responsible for supporting the long-range view of where the US carrier is headed and how to get there.

“This crisis has changed the way we work,” she says. “Any good crisis, makes you work differently, prioritise quickly and bring focus on the important things in your business like never before, such as cost and strategy.

“Right now, we need to focus on a market where agile, quick decision-making is required.”

The cargo-only flights use bellyhold capacity alone and not packages on seats as with some other carriers.

Explains Tyler: “We have enough widebody capacity to meet demand. We don’t use the luggage bins because the complexity around size, weight and product restrictions do not make it worthwhile.

“You would also need to have a certain number of flight attendants and so all of a sudden the cost and complexity didn’t make sense in terms of frequency and filling the cabins with even more cargo.”

There have been challenges, mainly from a change in restrictions on what can fly — almost daily — at the local, state and country level: “Fortunately, cargo is protected from a lot of those restrictions but it is a challenge both on the airport side and the cargo side.

“Any new restriction can change dramatically the demand for that market and that has a trickle effect from a passenger and then from a cargo perspective.

“It is a mix of the passenger schedule versus cargo-only flying. In the very beginning of the pandemic we said don’t park that aircraft because we can use it, and those kinds of conversations continue today.”

Another difficult decision forced on the cargo division of American Airlines, and carriers worldwide, was the redundancy of experienced staff — more than 30% domestic and worldwide.

“We had to let some incredible people go, people with long histories, expertise and relationships with customers. July was a tough time for the cargo team, but we have offered our teams early-outs and voluntary packages.

“We hope that as soon as flying comes back and we continue to grow the airline efficiently, that we can have some of those folks back at some time,” she says.

Tyler knows that it takes strong leadership to make tough decisions, not just for staff redundancies but for imposing a no-show penalty surcharge on booked cargo that fails to turn up for a flight.

The surcharge, part of a fair booking policy, meant that customers with shipments over 100kg pay a fee, starting at $50, for a late cancellation, late reduction in chargeable weight or failure to show.

Says Tyler: “Two things shocked me when I first started in cargo, the incredible amount of paper and manual work to fill just one of our flights. It made me think about yield management and how the passenger side works.

“We have to change the behaviour in this industry especially at a time when capacity is precious, so we have to get the right things to the right place at the right time in a crisis, and a no-show fee helps that process.”

There were several conversations in the American Airlines team around putting in place the cargo no-show fee, regarding a possible concerted backlash from the industry, which in the end did not come although in some cases flexibility was shown.

“Our customers understand the preciousness of that space, so at a time like this we felt that it was the right thing to do, and it wasn’t about revenue because I am more focused on changing behaviour in this industry and coming into the 21st century.”

The no-show fee also meant that vital products such as pharmaceuticals were able to move quickly, helped by American Airlines’ product for time and temperature-sensitive goods, which is now in the process of acquiring IATA’s CEIV pharma at the carrier’s Dallas, Miami and Philadelphia hubs — the latter being its flagship facility for pharma where there is a cluster of life science companies.

“We have a really good three-way relationship with shippers, forwarders and ourselves, working together to make sure we can take care of these precious materials,” says Tyler.

“We are seeing an uptick in some of the newer, individual-specific medicines where you take genetic material from the patient and make it into a medication.

“Those are a one-of-a-kind medical treatments and if you mess up the logistics then you’re messing with someone’s life and well-being.”

Tyler, along with a number of senior air cargo industry executives, sense that the logistical challenges of the pandemic has brought an opportunity for rapid change in short space of time, letting go of traditional practices and heralding swifter advances in digitalisation and sustainability.

“We are behind the times in terms of how the logistics world works, and the airline industry in general has under invested for decades for all the right reasons, but now is the time where we have consolidated and now we can reinvest in running not only efficiently but also with less paper,” she says.

There is a ‘digitalisation’ parallel with her airport role, where passengers now expect to have as touchless an experience as possible when checking in, passing through controls and boarding the flight in a healthy and safe manner.

“This crisis has shone a light on all of the things within the cargo industry that we have known for a long time needed to change, but now more than ever we have been able to move forward, perhaps even faster in terms of decision-making time.”

Tyler cites the no-show fee example, which may have been kicked around as an idea for six or 12 months rather than the four weeks it took during the pandemic.

So how is American Airlines Cargo preparing for the new normal?

“We are focused, along with our freight forwarders and customers, in making sure that we don’t just survive this crisis but come out stronger together and I would have answered that question pre-Covid-19 in a very similar way.

“At one point this industry has to consolidate or has to get leaner or smarter. That it is a natural part of what happens in an industry when there are too many players and too many hand-offs and too much cost in the supply chain.

“Over time, customers will begin to expect things to be done differently and they will require the supply chain to change. You can name plenty of other industries where this has happened, but it hasn’t happened in ours quite yet.”

Tyler believes that digitalisation will be at the forefront of the change.

American is at the final stage of its own digitalisation revolution, a five-year project to replace nearly 100 legacy cargo IT systems.

The argument for funding was put thus: “We couldn’t grow because our ecosystem technology was choking us and we weren’t able to react quickly to things, so if we continued down that path there would have come a point when we weren’t able to compete.”

Tyler adds: “I have a personal soft spot for this project because when Jim [Butler] and I started this project five years ago we knew we had a lot of hard work to do, and this was our second attempt.

“A decade or so prior to that we tried, but because we were staving off bankruptcy and other things within our business it died a slow death.

“I have a very personal commitment because we did not deliver on our promise to people and yet we continued developing and winning awards for customer service and are known for relationships with customers.

“We were doing all that with one hand tied behind our backs and now we are 10 days away [speaking earlier this year] from our final deployment of the biggest investment made in the cargo business.

“We have a system that can take information and react very quickly, as never before, and keep up with restrictions all the way through to invoicing and accounting.”

“Every couple of years we dust off the analysis and take a look at it, to make sure that we are making the right decisions to fit our business model,” says Tyler. “Right now, we have enough widebodies to meet the needs of our customers.”

“Freighters is the wrong way to think about it. It is about having the right capacity in the right places and the right connections across the world so that you can say yes to your customers.

“You are trying to build a network, so it is not a freighter question but a network and capacity question, and you can get there in lots of ways if you are creative.”

How does it feel to be a woman executive at a major carrier in a male-dominated industry?

Says Tyler: “Believe me, I have been on panels and looked around to see there are just six women in the whole auditorium.

“Every industry is the product of its own growth and development. I am the first woman president of American Airlines Cargo in 70 years, but I look around and see that there are a lot of women in senior leadership roles.

“That’s not to say that we have cracked the code completely, but I’m proud of where we are today.

“This year has been tough on all of us in the industry. I’m grateful to lead a team that knows how to come together and solve tough problems, because we’ve been able to prove we can tackle whatever comes our way. We don’t know what the future holds, but whatever it is, I know we can lead through it with our team and customers at the heart of it all.”