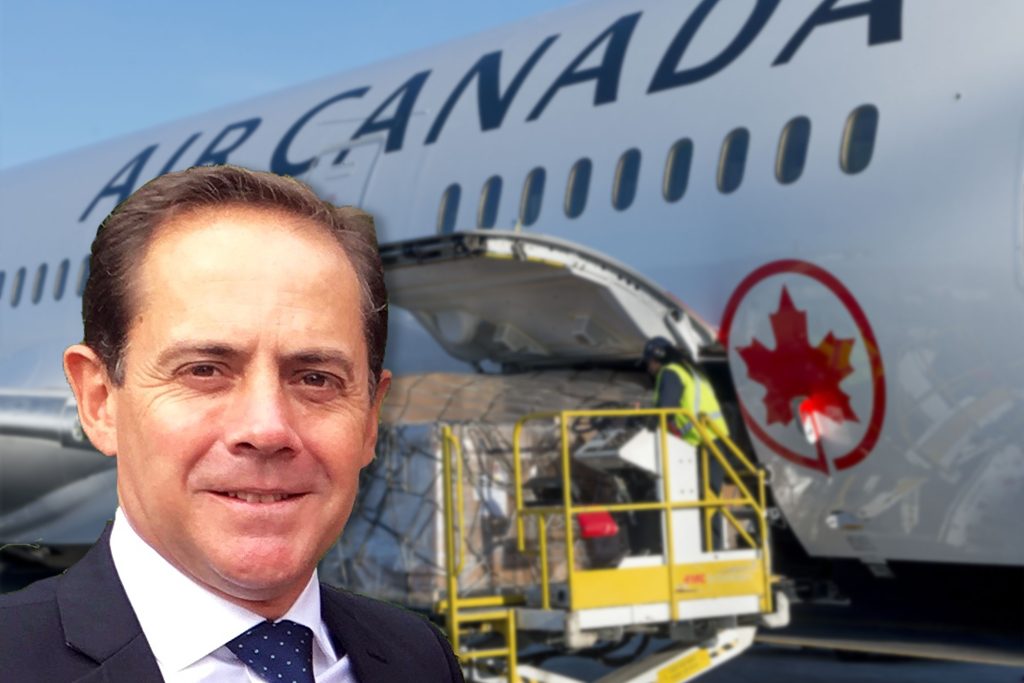 John Lloyd joined Air Canada Cargo in January but officially took up the role of director of cargo for the Europe, Middle East and India region in April.

Lloyd is well known and respected in the air cargo industry having worked at Virgin Atlantic Cargo for more than 30 years, holding various commercial and operations roles before spending 11 years as director of cargo/senior vice president cargo.

Lloyd takes over the position at Air Canada from Mark Olney who, whilst still actively involved and remains a core member of the senior team, has moved into a project-based role reporting directly to Tim Strauss, vice president, cargo.

“I took over the role in April, so I have been finding my feet,” says Lloyd. “In terms of the company, it has been going great.

“After a long time at Virgin it is a new and different kind of challenge, which I am really enjoying.

“It is a much larger company, so it has a larger network and more people. The region I manage is relatively large and for some metrics it is comparable to what I was doing before.”

Lloyd says that it is an exciting time to join Air Canada: the company recently signed a sales agreement with a Canadian drone company, it is investing in internal technology projects, it has upgraded its fleet with 35 cargo friendly Dreamliners, expanded its network and it is in the process of buying Canadian airline Transat.

Lloyd says Canada is an ideal country for a drone operation given its size, while the winter weather can make it difficult to reach some locations by road.

The company has also started to once again offer capacity on Cargojet’s freighter services down to Bogota on an ad hoc basis, which Lloyd says is proving popular with automotive and machinery shippers in his region.

“I would probably say the biggest difference between Virgin Atlantic and Air Canada is that I feel more actively involved with driving revenue, more than I was before,” Lloyd says.

“Depending on the corporate structure, you can end up getting a little bit diverted away from the day to day, I just feel more involved, which is great.

“I do feel a little bit more in the mix and I hope I can bring a lot of my experience and add some value.”

Another key difference between the two airlines is that Air Canada operates with a more seasonal schedule, Lloyd explains.

He says that in the winter the airline offers 225 flights per week from 21 airports in his region, in the summer this increases to 435 flights from 38 airports.

To make up for the seasonal difference in capacity, the company utilises an expanded trucking network in the winter months and then winds this operation down in the summer when it can capitalise on an increased number of direct flights.

Air Canada Cargo also has its own dedicated cargo handling operations at Heathrow and Frankfurt, rather than using a third party.

Lloyd explains that having a dedicated operation can reduce truck waiting times, a particular concern at the both the UK and German hubs.

“When I arrived it was an eye opener that we really weren’t formally measuring too much, for example truck door times,” he says.

“The performance data is incredible – we need to sell that a little bit more. If you take 30 minutes or an hour or two off truck waiting times, that can save our customers a lot of money.”

The access to a ground handling operation also sees Lloyd return to his first role in air cargo – after a brief foray into the world of banking he joined Gatwick Handling before moving over to the nascent Virgin Atlantic in 1987.

While there are many positive developments at Air Canada Cargo at the moment, the overall market has taken a downturn since Lloyd left Virgin in August 2017.

“We have market data and everyone is finding it a challenge, but we know we are doing better than our competitors, which is great.

Finally, on the reasons for his move to Air Canada, Lloyd says: “I count myself lucky. Virgin Atlantic was a great company to work for but after 30 years it was time for a change.

“I was almost a one company guy up until now but that is the past and my future is at Air Canada and it’s nice to have a fresh challenge.”

IAG Cargo has reported a 7.2% year-on-year decrease in revenues in its full-year results for 2019. From January 1 to…