Keeping cool in the Antarctic 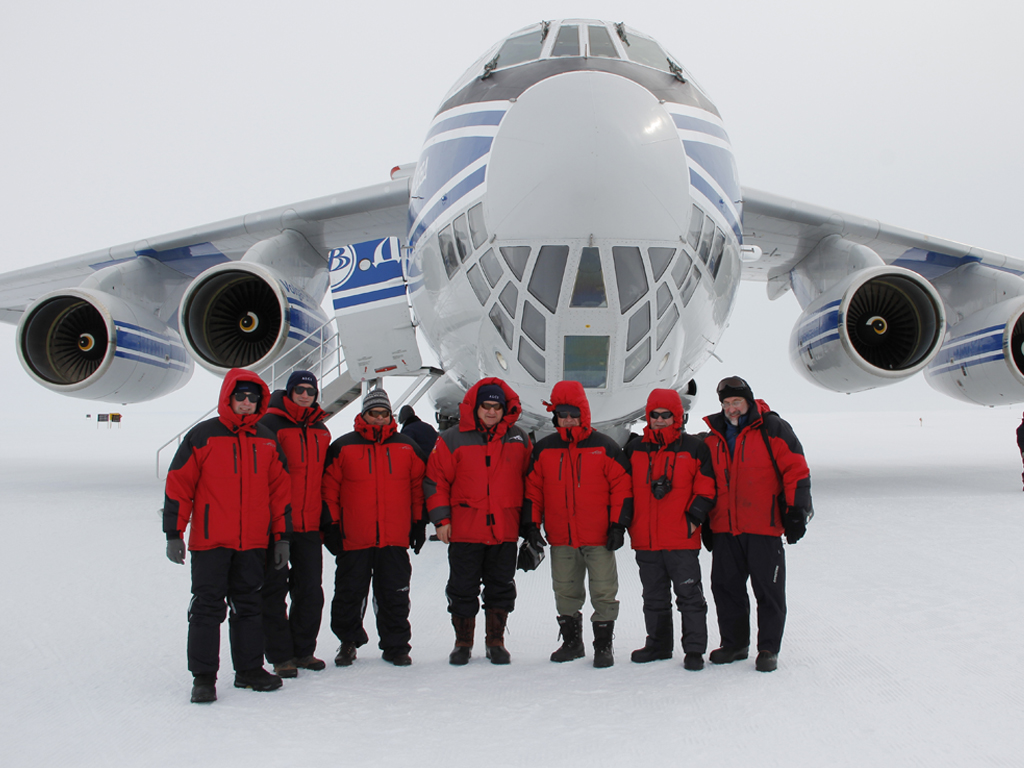 Russian freighter operator Volga-Dnepr Airlines flew more than 190 tonnes of freight to Antarctica during its first-ever season of cargo flights to the world’s most southerly region, in support of the DROMLAN international Antarctic project.
The DROMLAN (Dronning Maud Land Air Network) project, which is managed by the Antarctic Logistics Centre International (ALCI) and involves nations including Belgium, Germany, Finland, India, Japan, the Netherlands, Norway, Russia, South Africa, Sweden and the UK, provides air transport to/from and within Dronning Maud Land (also known as Queen Laud Land) in Antarctica for any member country of the Council of Managers of National Antarctic Program (COMNAP) and the Scientific Committee for Antarctic Research (SCAR).
DROMLAN was created to reduce expenditures incurred by individual project members.
Volga-Dnepr flew 12 return IL-76TD-90VD freighter flights from Cape Town to the Novolazarevskaya Antarctic Research Station, a distance of some 4,200km, the first of them taking placed on 4 November last year
The flights delivered 125 tonnes of cargo to the Antarctic airfield and carried a further 64 tonnes back to South Africa.
A Russian Antarctic expedition helped to launch the DROMLAN project and every year it prepares and maintains the runway near Novolazarevskaya Station, also organising the delivery of aviation fuel to the airfield.
“We have successfully completed our first series of IL-76TD-90VD flights to Antarctica,” reported Georgy Sokolov, sales director of Volga-Dnepr UK.
“The next series of flights will start in November because of the polar night environment and difficult weather conditions.
“We did a great deal of work before we could commence commercial deliveries, including pre-flight tests in Ulyanovsk, a series of ‘ice runs’ in Antarctica to check the performance and thrust reverser application procedures, and to obtain an addendum to the IL-76TD-90VD airplane flight manual to enable it to operate to ice airfields and transport up to 90 people onboard,” Sokolov explained.
The IL-76TD-90VD flights were undertaken by a joint crew comprising members of Russia’s State Research Institute of Civil Aviation (GosNII GA), the Ilyushin Design Bureau and technical personnel from Volga-Dnepr Airlines.
Volga-Dnepr obtained specific approval from the Ilyushin Design Bureau to provide a ‘passenger’ service to Antarctica for those who accompanied the cargo. Removable seats were fitted into the cargo hold of the Ilyushin as required.