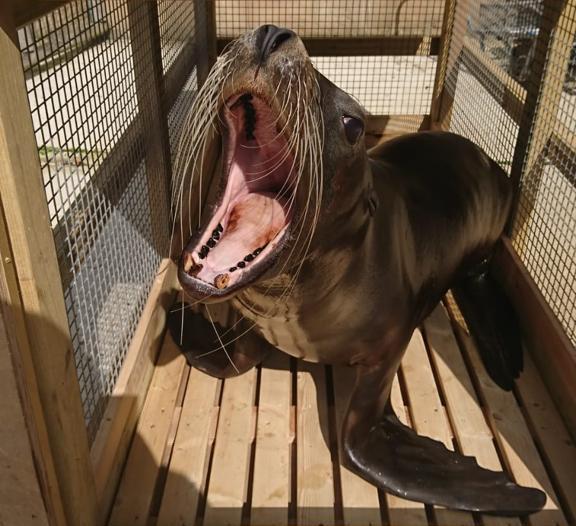 After mandatory veterinary checks and quarantine controls, Merlin the sealion was moved from Brightlingsea in Essex, UK, and and Reggie was moved from Flamingo Land in North Yorkshire, UK, to London Heathrow in temperature-controlled vehicles.

“Prior to shipment, Kerry Logistics were instrumental in ensuring that all documentation was in good order,” said David Mallinson, general manager – UK air division, Kerry Logistics.

“This included ensuring all of the documentation was correct; quarantine certificates, European health certificates, certificates of origin, live animal packing declaration and import permits for China.”

After customs clearance, the animals were sent directly to the aircraft for the 11 hour 40 minutes flight.

“Naturally, the welfare of the animals was of paramount importance,” said Mallinson. “Transhipment via any other European or Chinese airports was not in the animal’s interest, so we opted for a direct service, and the choice of aircraft (Airbus A330 – 200) that gave the guarantee of the hold temperature being regulated between two and eight degrees centigrade.”

After the flight had landed, the sealions were transported to their new home in less than two hours.