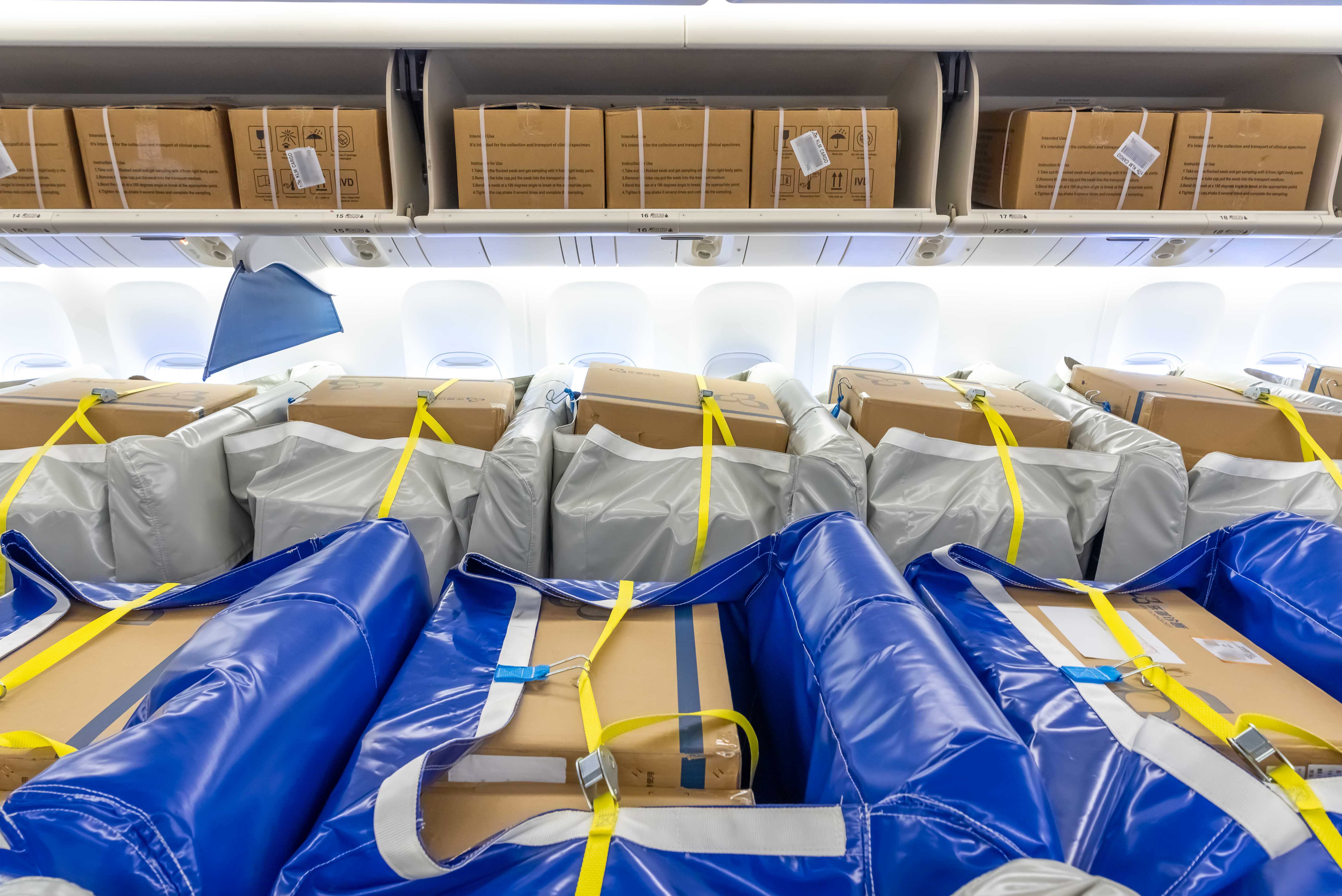 KLM Cargo is deploying custom-made cargo seat bags on B777 flights as it looks to boost cargo carrying capacity.

Cargo equipment manufacturer Trip & Co adapted the seat bags to KLM’s requirements, with the first set of 172 bags delivered to the airline on April 8.

The first operational flight using the bags took off on April 13 carrying around 950 boxes (10 tonnes) of medical relief goods and Covid-19 test kits from Shanghai to Amsterdam.

The two companies said the bags not only protect the interior, but also double loading capacity on the seats, reduce physical strain during handling and prevent plastic waste.

Ton Veltman, KLM cargo in cabin project manager, said: “It remains extremely inspiring for me to be part of the close-knit team working on cargo in cabin. We have been active for over a year now, with involvement throughout KLM and including our partner Trip & Co. By doubling cargo in cabin capacity on our 777s, we now have capacity similar to what we had on our 747s.”

Edwin de Jongh, chief commercial officer, Trip & Co, added: “It reminds me of the ‘quick change solution of the seventies’: within one hour the cabin is changed from ‘cargo’ into a cabin which is ready to welcome passengers for a comfortable flight.”

The cargo seat bags are available in single-, double- and a triple-seat variants.