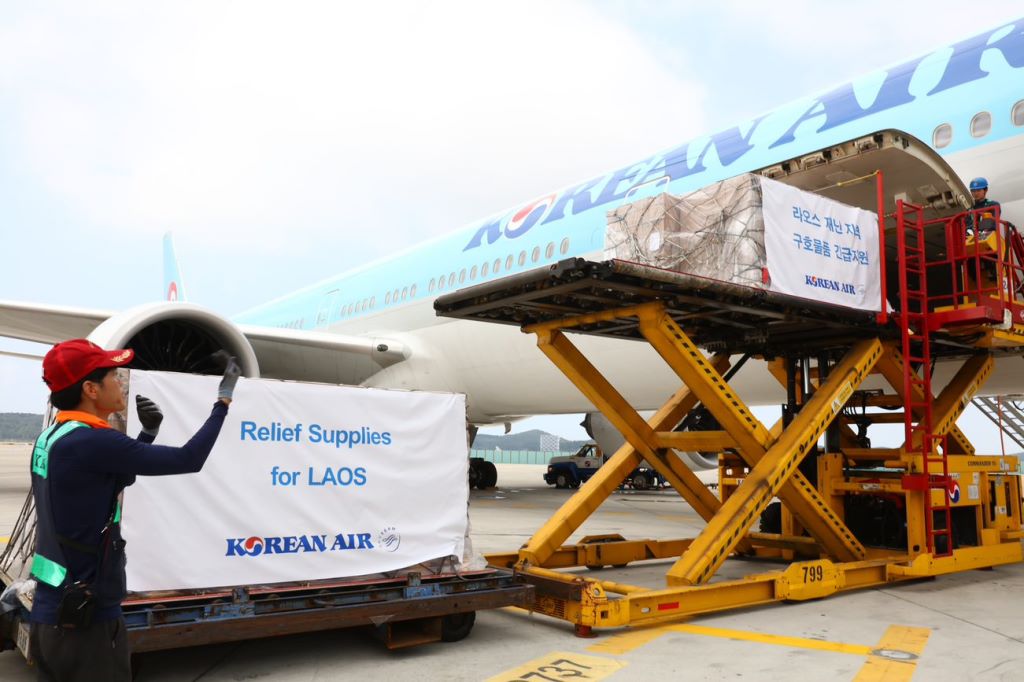 Korean Air provided emergency relief supplies for victims of the Laos dam collapse by flying in supplies such as mineral water and blankets.
The supplies were flown in via flight KE461 from Incheon to Danang, Vietnam, and arrived at 13:55 PM on July 27.
Korean Air’s 40-ton relief package also included 36,000 liters (24,000 1.5-liter bottles) of ‘Jeju Pure Water’, and 2,000 blankets. The aid will be delivered through Disaster Management Office in the affected region.
The relief supplies will be delivered through Danang, as the affected region, Attapeu province in southern Laos, is closer to the Vietnamese city than to the Laos’ capital Vientiane.
Several hundred people were affected when a hydropower dam collapsed on July 23, releasing large amounts of water onto the villages below. The massive flood destroyed houses in the six villages near Attapeu province and local residents have been evacuated.
Read more airline cargo news
Sign up to receive Air Cargo News direct to your inbox for free