KQ Cargo revenues hit by decline in the pound 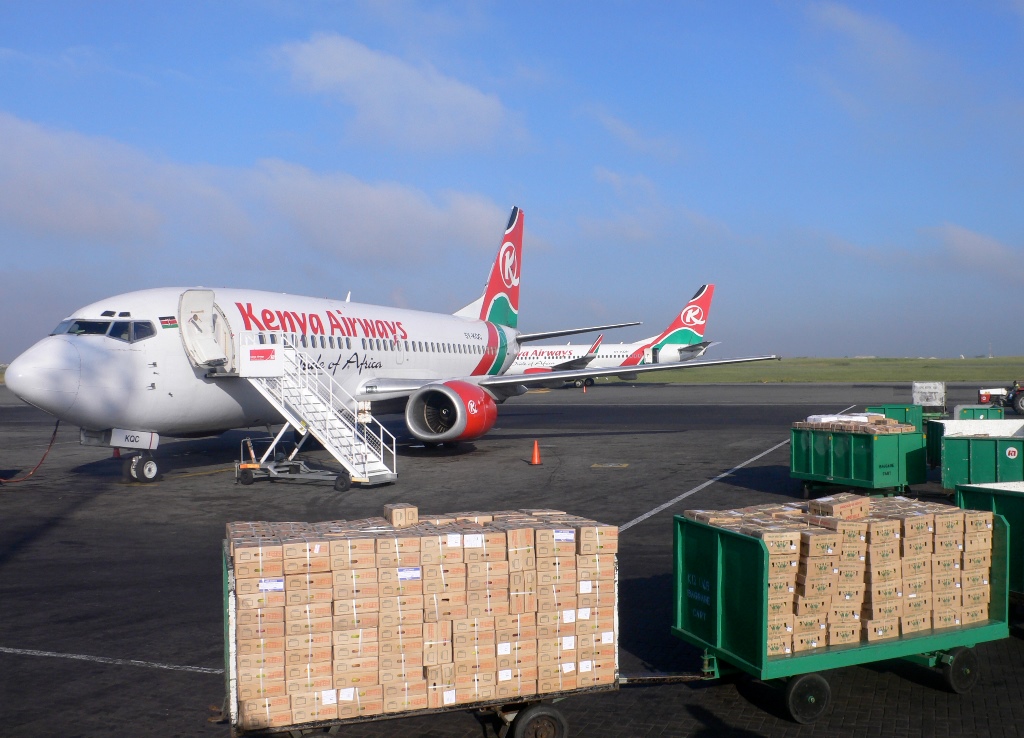 Kenya Airways Cargo (KQ Cargo) has seen revenues on its busiest route decline as a result of the Brexit vote and subsequent decline in the value of the pound.
KQ Cargo general manager Peter Musola explained that the airline had been hit twice by a decline in the value of the pound.
The UK currency has seen its value compared with the dollar decline by around 15% since the vote to leave the European Union on June 23, although this is also in part caused by a strengthening of the dollar.
“Brexit has brought in a major yield dilution,” said Musola. “We report our revenues in dollars so when you convert pounds into dollars the impact is roughly around 12%.
“Brexit has also had an effect northbound, this is from Kenya, because what happened is the exporters do not sell in Kenyan shillings (KES), they are paid in pounds[the currency]/tonnes.
“For every pound they used to earn KES145, but now for every pound they are getting 20 shillings less.
“So the effect of that is that jointly with the forwarders they have been pressing us as an airline to reduce our rates northbound.
“We agreed as the airline to cushion part of the currency effect for our shippers because they were clear they cannot absorb the 20 shillings.
“So there has been a dual impact and the UK is one of our strongest routes. In fact, at a route level London is our top route so these market effects have really had a major impact on the route and on the overall revenue.”
However, Musola said the airline has been able to cushion some of the impact of the decline in value of the pound by targeting high paying cargo, such as currency, that pay as much as $15 per kg.
The average market rate on east-west routes in January, according to Drewry, stood at $3.01 per kg in January.
In fact, the airline saw a 50% growth in its valuable cargo sector last year.
As a result, on a like-for-like basis, with currency effects stripped out of its revenue performance, it has actually recorded an improvement in revenues on the route.
Its service into Heathrow also underwent another change last year. Previously the airline had flown into London early in the morning, then the aircraft sat on the tarmac before heading back to Kenya in the evening.
This proved popular with perishable exporters and passengers who liked the early morning arrival but it required two aircraft to maintain the schedule.
Kenya Airways has now switched to a single aircraft on the route but it means the aircraft arrives in London in the evening. It also made money from selling the morning slot at Heathrow to Oman Air, reports suggest.
The new evening slot is leased from KLM, which has a 26.7% stake in the Kenyan airline. The two carriers also have a cargo partnership on Johannesburg-Nairobi.
This change in timing of the flight to Heathrow has also had an impact on revenues, but not as much as the decline in the value of the pound, Musola said, and the overall impact of the route change on profitability has been positive because of the reduction in the number of aircraft needed.
While the decline in the value of the pound has had an impact on revenues the main challenge in Africa continues to be overcapacity, while the strength of the dollar has also affected demand.
However, Musola added that there had been some improvements in demand towards the end of last year.
Said Musola: “We have seen some positive recovery towards the end of the year, some kind of a demand rebound, but the main issue really still remains that there is overcapacity −  African airlines recorded the highest growth in capacity [last year].
“This really brings a major yield squeeze. The commodity prices have also weakened, which has bought in the currency effects and the stronger dollar makes imports unviable.
“The strong dollar is very bad for imports. With the increased [market] capacity, the [overall] southbound flows are definitely down.
“Exports in a way have remained relatively stable − we have marginal growth into Europe and then there has been a strong recovery of the North African markets, although this is of course an artificial kind of growth because it is gradual boomerang from the Arab spring period.”
While the overall African market has increased cargo capacity, Musloa said that Kenya Airways last year reduced its capacity by around 11% in available freight tonne km terms.
This has allowed KQ Cargo to be more selective about the type of cargo it carries, concentrating on higher paying sectors.
“We have leased out three B777s to Turkish and Oman Air so we operated from a smaller capacity base,” he said.
“We have been more selective in terms of what we uplift on the reduced capacity, which in a way has cushioned our yield impact. We have a very marginal yield impact as KQ year on year.
“If we operated from the same capacity base then the impact would have been higher.”

The US and Kenya have signed an amendment to their existing Air Transport Agreement adding seventh-freedom rights for all-cargo flights….