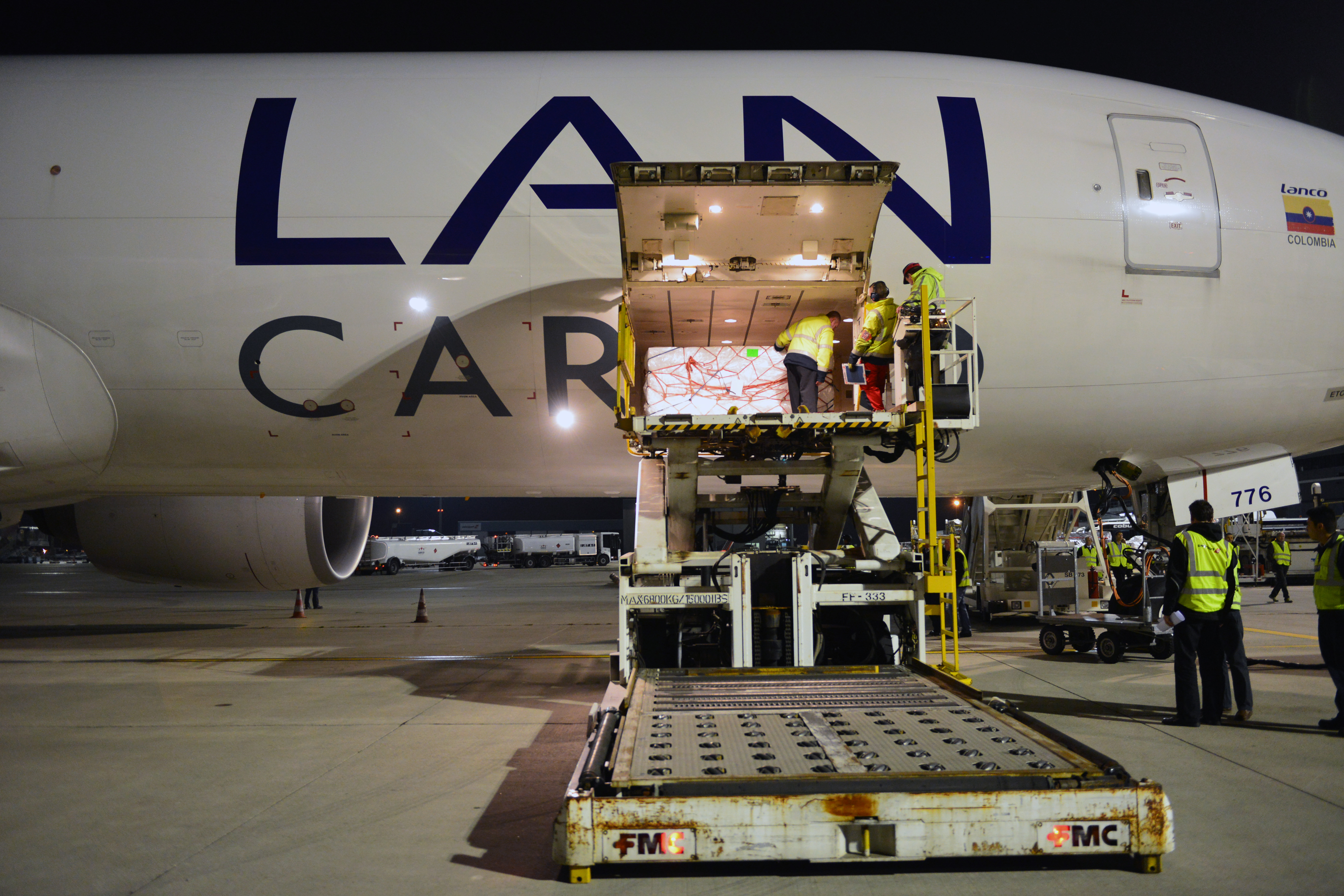 LAN Cargo has launched a weekly B777 freighter between Switzerland and Latin America, aimed at the pharmaceuticals sector.
The cargo division of LATAM Airlines Group said that the B777F will depart every Monday on an Amsterdam–Basel–Guarulhos (Sao Paulo)–Buenos Aires– Santiago de Chile routing, extending an existing freighter service out of Schiphol in the Netherlands.
While the main aim is to assist with pharma supply chains, the carrier also hopes to transport other cargo from southern Germany and south east France, plus direct inbound perishable goods from Latin America.
Guido Henke, director of LAN Cargo in Europe, commented: “This new direct cargo service to Latin America allows export industries across the region to minimise road feeder service to the different European hubs, saving both time and the need for trucks, as well as minimising risk – a crucial aspect for transporting the high value cargo which is exported from this region.”
The flight will operate from Basel-Mulhouse-Freiburg airport, located on the border between Germany, Switzerland and France.
In addition to frequent passenger services to Milan, Paris, Frankfurt, Madrid and London by sister company TAM Airlines, LAN Cargo also operates six B777F flights from Frankfurt and Amsterdam.
Henke added: “This strategic location opens the possibilities to tap into the transportation of cargo from all three countries.
“The areas covered also extend to northern Italy and Austria, countries that will benefit from the option to cut down their previously used road feeder service routes and send products by air.”