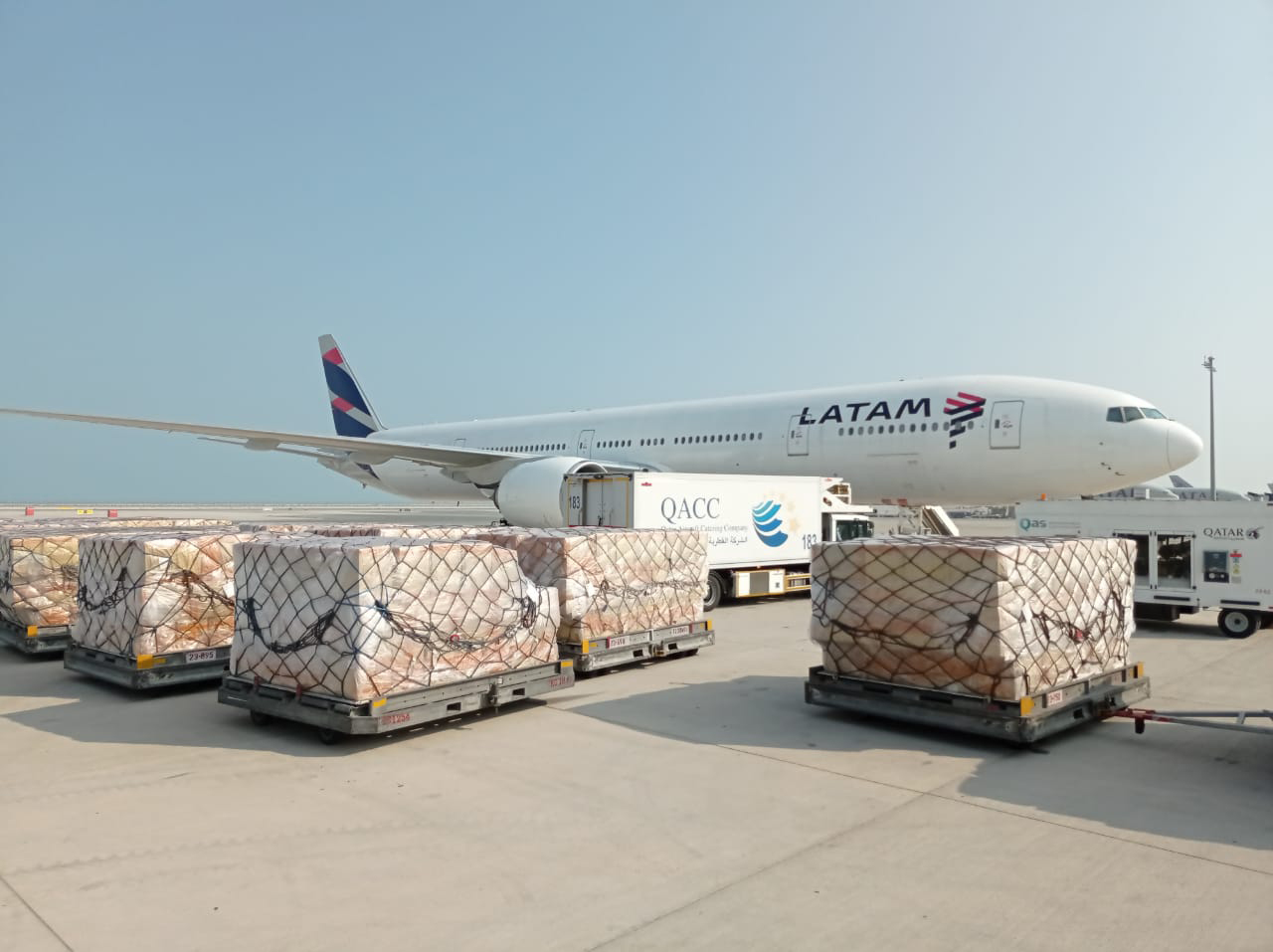 Catering to demand from Chile’s fruit harvest season, Latam Group has started operating flights to Qatar for the first time.

The service was launched on November 30 and the first flight on the route was operated by Latam Airlines Brazil.

Cargo on the flight to Doha included perishables from customers in South America; electrical goods were carried on the return route.

The carrier operated its second flight to Doha yesterday (December 7) carrying more than 95 tonnes of fresh fruit. The fruits were then transported to Shanghai by Latam’s interline partner Qatar Airways Cargo.

Additionally, Latam said that Qatar Airways Cargo helped to import more than 60 tonnes of electrical goods to Brazil and Chili “just in time to meet the Christmas season demand”.

“Latam Cargo maintained its strategy of using passenger aircraft as all-cargo transport during the pandemic, which proved very helpful to mitigate the belly capacity reduction caused by the global border closure,” the carrier said.

“In particular, on this route a B777-300 took off from Guarulhos airport in Brazil en route to Santiago, Chile, with a technical stop in Recife, Brazil, before continuing its journey to Doha, Qatar. The return flight ended in Guarulhos.”

The carrier added that more than 50 people were involved in the implementation and logistic elements of the new route, “which totalled 18 hours of flight from its origin in Brazil until its final destination in Doha”.

Latam recently appointed Otávio Meneguette as vice president of cargo, Brazil. He is responsible for leading the company’s air cargo business strategy in the Brazilian market.